Zelensky: “Never tell us again our army does not meet NATO standards”

Home /World/Zelensky: “Never tell us again our army does not meet NATO standards” 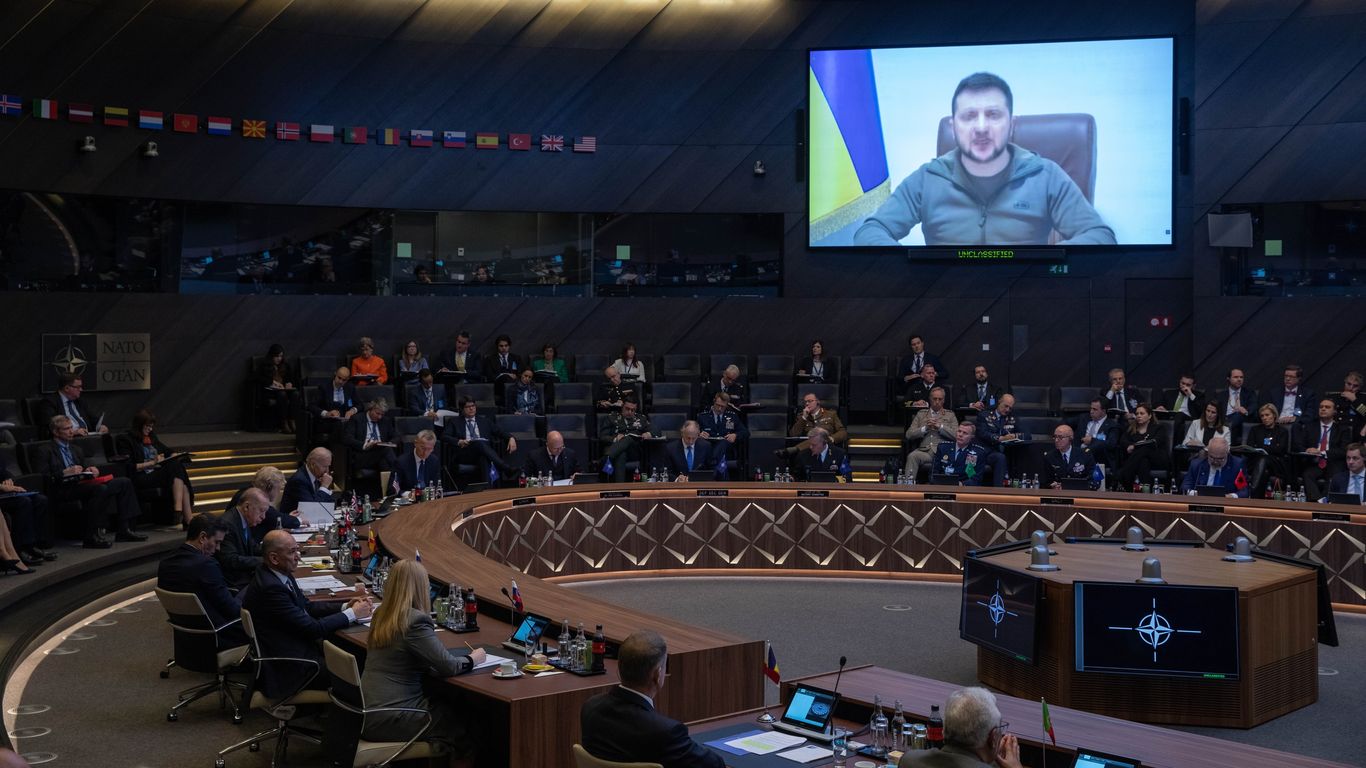 Exactly one month since Russia began its invasion of Ukraine, the leaders of NATO, the G7 and the European Union have convened a trio of summits in Brussels to coordinate the next phase of the Western response.

The latest: All 30 NATO leaders issued a joint statement condemning Russia’s invasion and committing to providing Ukraine with “assistance in such areas as cybersecurity and protection against threats of a chemical, biological, radiological, and nuclear nature.” G7 leaders are now meeting behind closed doors.

What they’re saying: Ukrainian President Volodymyr Zelensky addressed the NATO summit via video link, telling the alliance: “Never, please, never tell us again that our army does not meet NATO standards. We have shown what our standards are capable of. And how much we can give. to the common security in Europe and the world. “

Driving the news: President Biden announced that the US would sanction over 600 Russian elites, lawmakers and defense companies in coordination with the EU and G7.

G7 summit: In addition to the new sanctions initiatives, the G7 leaders are expected to warn Vladimir Putin against using chemical or nuclear weapons, a scenario Western officials fear is becoming increasingly likely as the war in Ukraine becomes a grinding stalemate.

European Council: The US and EU are close to a deal on supplying American liquefied natural gas to help European countries like Germany wean themselves off Russian energy.

Between the lines: While Russia dominated the discussions in Brussels, NATO leaders also called on China to “cease amplifying the Kremlin’s false narratives, in particular on the war and on NATO, and to promote a peaceful resolution to the conflict.”

Editor’s note: This is a developing story. Please check back for updates.