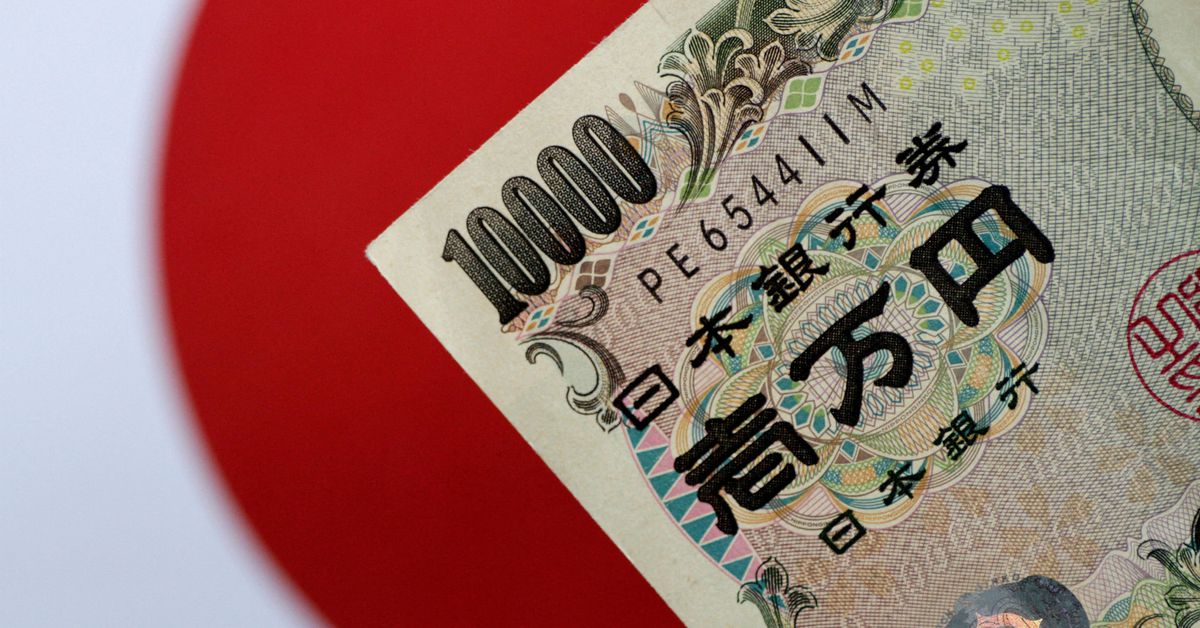 HONG KONG / TOKYO, March 28 (Reuters) – The Japanese yen slipped nearly 1% to a six-year low on Monday, after the Bank of Japan intervened to stop government bond yields from rising above its key target, while rising US yields pushed the dollar higher against other currencies too.

The BOJ, which has repeatedly said it is committed to keeping monetary policy loose, on Monday made two offers to buy an unlimited amount of government bonds with maturities of more than five years and up to 10 years. The central bank is aiming to stop rising global interest rates from pushing up Japanese yields.

“The market sees monetary policy divergence between the US and Japan as the key driver of dollar-yen, so in contrast to the hawkish Fed comments recently, the (BOJ’s action) gives the impression that the BOJ remains dovish, and that’s leading to a higher dollar-yen, “said Shinichiro Kadota, senior currency strategist at Barclays in Tokyo.

“I think the risk is still to the upside in the near term, especially if this monetary policy divergence story stays intact. But the speed has been quite fast and it does seem a little overheated, so if we see any contrary headlines, we could see some correction as well, “he added.

The 10-year Treasuries yield was last 2.5567%, its highest since May 2019, and up 6.5 basis points on the day, as traders position themselves for an aggressive series of rate hikes from the US Federal Reserve.

The two year yield was 2.412%, its highest since April 2019, with these higher rates underpinning the dollar. The greenback index against a basket of major rivals advanced 0.38% to 99.194.

“We expect that the euro will remain heavy this week. The balance of risks suggests EUR / USD may test 1.0800 in the coming weeks,” said CBA analysts in a note.

Inflation figures from major European economies and the eurozone are due from Wednesday, which could also affect the direction of the euro.

Also potentially driving the dollar this week is Friday’s non farm payroll data in the US, though given the market is already positioned for an aggressive pace of rate hikes this year, its effect could be muted say analysts.

The Aussie dollar bucked the trend however, inching higher to 75 0.7513 to hold near last week’s four-month high, helped on the day by rising Australian bond yields, as well as the longer term impact of higher commodity prices.

Aussie currency watchers are also looking out to Australia’s budget on Tuesday. Australia’s Treasurer said on Sunday the budget would mark a very significant material improvement to the government’s bottom line.

One possible headwind for the Aussie is the COVID-19 situation in China, after Shanghai said on Sunday it would lockdown the city to carry out COVID-19 testing.

The dollar climbed to a two week high of 6.3986 on the offshore yuan on Monday morning, before paring gains.

In cryptocurrency markets bitcoin was sitting pretty around $ 46,900 after jumping to as high as $ 47,766 in early trading, its highest level since early January.

Ether, the world’s second largest cryptocurrency, was at $ 3,320.

Reporting by Alun John in Hong Kong and Kevin Buckland in Tokyo; Editing by Shri Navaratnam