Yellowstone’s Kelly Reilly Recalls the Crushing Scene That Outraged Viewers: ‘America Went After Me for That!’ 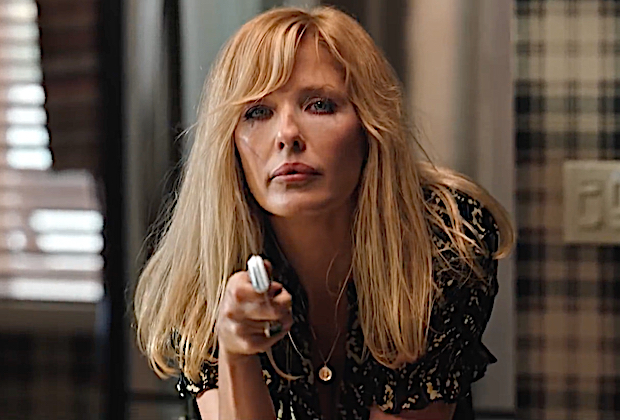 In four seasons of YellowstoneBeth has done a lot of questionable things, from committing corporate espionage to blackmailing her adopted brother into murdering his biological father. But few and far between are the actions that got as big a reaction from viewers as her refusal to let young Carter call her mama in Season 4’s finale. (Revisit the heartbreaking moment via TVLine’s detailed recap.)

“America went after me for that! ” Kelly Reilly says with a laugh. “I was like, ‘That’s the character, not me!’ But I get it. I wish she would [let herself be a mother to him]too.

“But think about it,” she adds. “If she’s telling this kid that she’s just met, ‘Yeah, I’ll be your mom,’ that’s not truthful to him.”

Though what Beth wound up saying to the orphan might not have been what he or the audience wanted to hear, it at least wasn’t BS. “She goes, ‘You had a mom. She died. I can’t replace that. But I’ll be your friend, ‘”recalls Reilly. “I think there’s something honorable about that.”

Besides, fans can still look forward to the day that maybe, just maybe Beth will change her tune where Carter is concerned. Right now, she’s carrying a lot of baggage stemming from her inability to give husband Rip a child of their own. However, “I hope that eventually she forgives herself, because I think she’ll be even more powerful then,” says her portrayer. Just not too soon. “There’s too much fun to be had before that!”