Workin’ Moms to End With Season 7 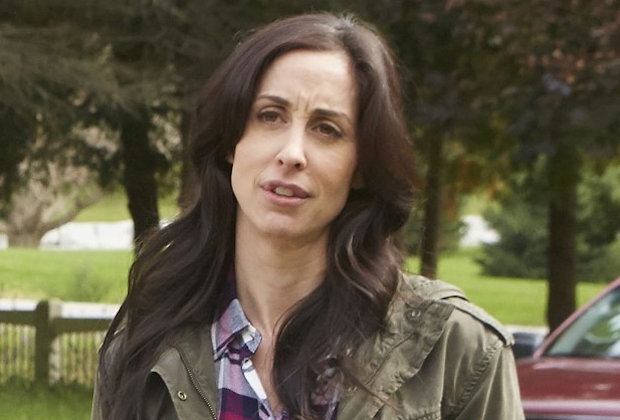 The Workin ‘Moms are clockin ‘out. The popular Canadian comedy, which streams Stateside on Netflix, has been renewed for a seventh and final season, to premiere in 2023.

Series creator and star Catherine Reitman, who plays Kate Foster, made the announcement on Monday. “To our incredible fans, making this show has been the ride of my life,” she said. “Philip [Sternberg] and I hit the ground, day one of Season 1, with a three-month old and a two-year-old, watching as we pressed forward on one mission: to tell the stories of four flawed mothers, who dared to be something beyond their nurseries.

“Going to work every day, whether in the room with our brilliant writers, on set with our extraordinary cast, or in post with the best producing team in the business, has cemented in me the importance of telling stories that have meaning, surrounded by Artisans who get it, ”Reitman continued. “But like any story, there must be an ending. And so, it is with love and gratitude that I’m announcing Season 7 as our final season. The biggest thank you to our partners, CBC and Netflix, for getting behind a show that points to a flashlight into the darkest corners of motherhood. To those of you who’ve stopped me on the street, to share your love of the show – I see you. I hear you. And I thank you. Go get ’em mamas. ”

Workin ‘Moms, which first premiered in 2017, “offers an unflinching look at the absurd realities of life as a mom, partner, and friend,” according to the official logline. In addition to Reitman, the cast includes Dani Kind as Anne, Jessalyn Wanlim as Jenny, Sternberg as Nathan, Ryan Belleville as Lionel, Sarah McVie as Val, Sadie Munroe as Alice, Peter Keleghan as Richard, Nikki Duval as Rosie and Enuka Okuma as Sloane Mitchell.

The final 13 episodes, meanwhile, “will see the women confront demons from their past in order to move forward into their future,” according to a CBC-provided teaser. “Motherhood, relationships, and career choices will all be put to the test, as they come to terms with who they once were and where they’re each headed. As we bid farewell to Kate, Anne, Sloane, Jenny and Val, it’s up to each of them to decide the impact they’ll leave with their work, the traits they’ll pass on to their children, and ultimately, how much more s – t they’re willing to take as workin ‘moms. “

Will you be sad to see Workin ‘Moms go? Hit the comments with your reactions to the end date announcement.