Will Smith appeared to strike Chris Rock on Oscars telecast 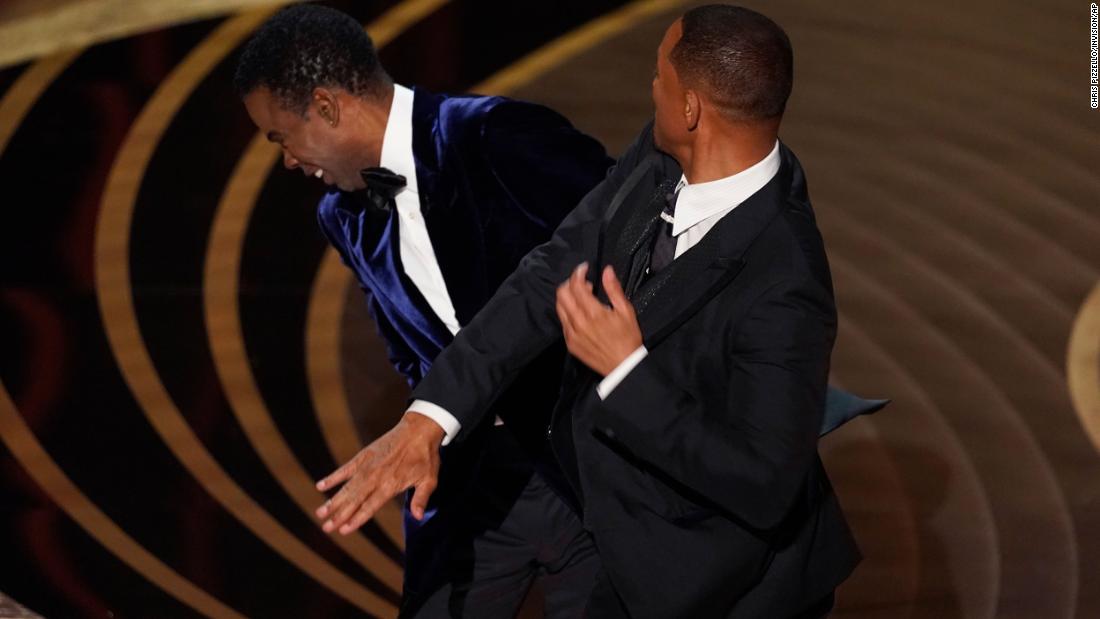 While presenting the award for best documentary, Rock joked, “Jada I love you, ‘GI Jane 2,’ can’t wait to see it.”

The camera cut to Pinkett Smith, who rolled her eyes as she sat next to Smith.

“That was a nice one,” Rock said, appearing to respond to the joke not going over well.

Pinkett Smith has been open about her struggle with alopecia, an autoimmune disorder that leads to hair loss.

Rock then said, “Oh uh,” and laughed as Smith walked towards him on stage and appeared to strike Rock in the face.

According to CNN reporter Stephanie Elam, who is in the audience, she could hear Rock getting hit. Smith said twice during the incident, according to Elam, “Keep my wife’s name out of your f *** ing mouth!”

For viewers at home, censors muted the verbal part of the exchange between Rock and Smith.

The theater went silent and Rock said, “That was the greatest night in the history of television.”

CNN has reached out to Smith’s publicist for comment.

Sean “Diddy” Combs took to the stage moments later and told Smith and Rock that they would settle things “like family” later.

Roughly 40 minutes after the incident, Smith returned to the stage to accept the Oscar for best actor and apologized to the Academy and his fellow nominees for the incident, but did not mention Rock by name.

He tearfully accepted the award for his role as Richard Williams, the father of Venus and Serena Williams, in the film “King Richard.” Smith said Williams “was a fierce defender of his family.”

Smith said, “I know to do what we do, you gotta be able to take abuse and have people talk people about you. In this business, you gotta have people disrespecting you. And you gotta smile and pretend that’s ok.”

Smith also talked about being a “protector” and thanked the tennis legends and their family.

Smith shared that prior to his win, fellow nominee Denzel Washington shared some wisdom with him: “At your highest moment be careful, that’s when the devil comes for you.”

Smith ended saying that he hopes the Academy welcomes him back.