Wildfire in southern New Jersey grows to more than 7,000 acres 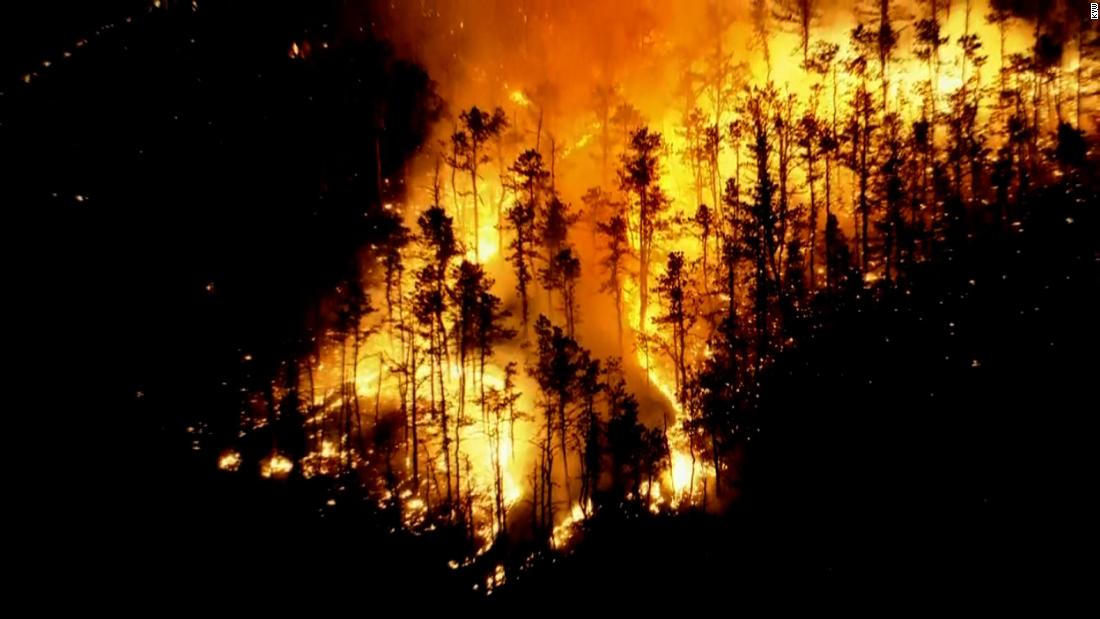 Local News |
Firefighters are battling the blaze at Wharton State Forest across four townships – Washington, Shamong, Hammonton and Mullica – “fueled by dry and breezy conditions,” the service said on social media.
The size of the fire represents a significant growth from its 2,100-acre size Sunday night, the fire service said.

There have been no reported injuries, but 18 structures are threatened, according to the tweet.

“Structure protection is in place and provided by local volunteer fire departments from Atlantic, Burlington and Ocean counties,” fire officials said. “We thank them for their assistance.”

Two roads and a number of hiking trails in the forest have been closed because of the wildfire, the fire service said.

Weather conditions are forecast to ease on Monday, with a high of 80 and winds between 5-10 mph. Winds are expected to trail off by the evening hours and there is a slight chance for showers on Tuesday.

Wharton State Forest, located about 20 miles northwest of Atlantic City, is the largest single tract of land within the New Jersey State Park System, according to the state’s park service.