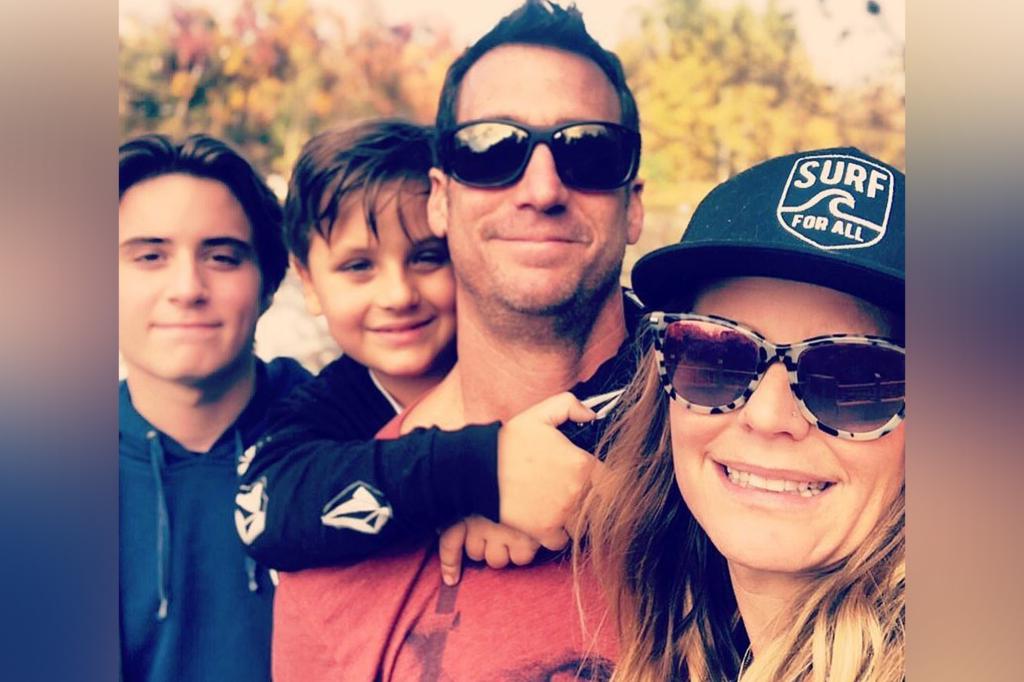 An FDNY widow whose husband died when a tree limb crushed him on a family vacation says she is disgusted with the Fire Department for offering her a portion of what she believes the family deserves.

“They’re parading his body through town, shutting down roads for their hero, saying that they’re going to ‘take care of the family’ and ‘That’s what we do.’ We’re the FDNY,’ ” Angela Skudin recently told The Post.

“And then this is really how the FDNY … takes care of families on the back end.”

Her husband, Casey Skudin, had 16 and a half years on the job when he was killed while driving with his wife and two sons at a North Carolina resort on June 17.

His widow has since filed a lawsuit against the Biltmore Estate in Asheville where he died.

But she also is battling New York City’s Fire Pension Board, which manages the funds a widow gets if her husband dies.

To qualify for a full pension, an FDNY firefighter must have 20 years on the job.

The average annual pension payout for such an FDNY firefighter was around $108,000 in 2018, according to a study with some of the most recent data available and published by the Empire Center in 2019.

Angela says that as with other city agencies, the FDNY allows its members to add any previous work time they racked up from other local governments in the state to enhance their department pensions.

Her husband had previously worked for Nassau County on Long Island as a lifeguard, earning enough government time with that job to have made it to 20 years for his FDNY pension, she said.

But such time would only have counted towards his FDNY pension if it was earned with a compatible department, such as the NYPD, as laid out in state law, a city rep told The Post.

The city’s Fire Pension Board referred questions to City Hall, which released a statement.

“Our thoughts are with Ms. Skudin and all of Firefighter Skudin’s friends and family,” the statement says. “The city and the New York City Fire Pension Fund are working to assist Ms. Skudin in any way possible to secure the benefits she is eligible to receive under state law.”

Under the law, spouses of dead firefighters with fewer than 20 years on the job are only eligible to receive what their partners contributed to the pension fund, plus a lump sum benefit of three times his average annual wages in the three years before he died. officials said.

The lump sum of Casey’s contributions would be about $111,000, the widow said.

His salary in the three years before he died hovered around $125,000, which would make that amount about $375,000 before taxes.

“He was a true hero, and the tragic circumstances of his passing should really compel everyone in Albany to come together next year to make sure the law granting his family his pension is passed,” Kaminsky said of Casey.

Then Kaminsky resigned from the state Senate on Friday to take a private post, leaving the bill’s future uncertain.

Meanwhile, Skudin said she is dealing with the emotional and physical fallout from that tragic day.

She was the only member of her family who wasn’t knocked out when the tree crashed down on their car roof. Her 10-year-old son is still dealing with spinal fractures and other medical issues, she said.

Then there are the emotional scars.

“My youngest can’t even speak about his father,” she said. “They were incredibly close. They were best friends.

“It’s disturbing, but it really shows their true colors,” she said of the FDNY’s behavior. “It shows what their bureaucracy is about.

“And this time, you know, I’m not going to let them beat the little man. I’m going to fight for every single thing that is my husband’s and everything that he earned, in his name, in his honor.”