Where to Follow the Cast of ‘Yellowjackets’ on Social Media 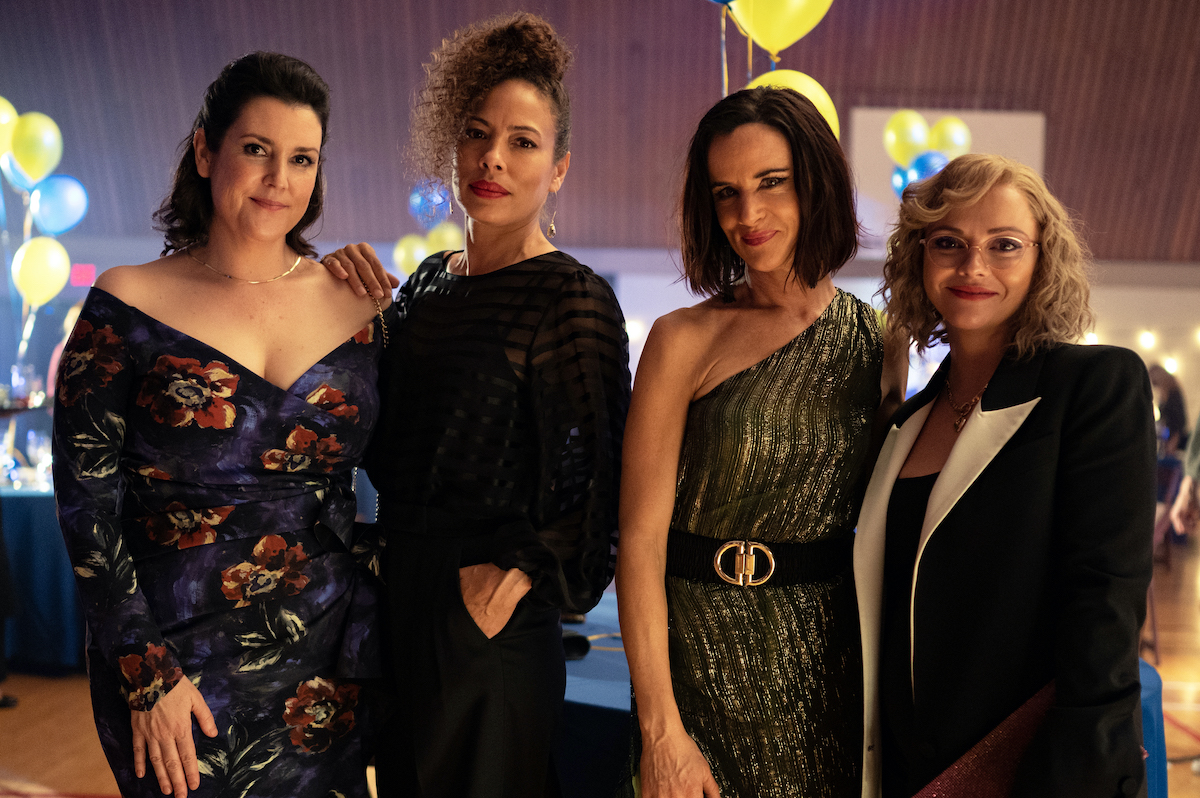 With so many amazing streaming services, it can sometimes be hard to keep track of all the new and riveting TV content. Yellowjackets is one of the many television series that has blown away viewers and audiences in 2021.

The premise of the show explores the aftermath centered around a group of women who all try to navigate life years after their high school soccer team experienced a traumatic plane crash. The psychological thriller quickly became a fan favorite, and with that being said, followers of Yellowjackets might be wondering where they can find the highly beloved cast on social media.

Melanie Lynskey appears in Yellowjackets as Shauna. On the show, Shauna’s dry sense of humor and secretive nature often seem to get Lynskey’s character in a bit of trouble. As the compelling character’s storyline continues to unfold, it has viewers on the edge of their seats wanting more.

TV fanatics might have recognized Lynskey from Hulu’s Castle Rock or as Rosemary Thomson in Mrs. America. As for the star’s social media platforms, her fans and followers can find her on Instagram and Twitter.

Playing Shauna’s younger counterpart in flashbacks is the very talented Sophie Nélisse. Fans and followers of Nélisse might have seen her in the 2020 film Flashwoodbut, more recently, the actor has been getting a lot of recognition for her work and performance in Yellowjackets.

Helping the audience put the pieces together, Nélisse was both excellent and entertaining on-screen. When it comes to Nélisse’s social media posts, her fans can find her on Instagram.

On Yellowjackets, Tawny Cypress plays the part of Taissa. Taissa’s storyline is one shrouded in seemingly the most mystery, making her character that much more interesting.

Before Yellowjackets, Cypress has worked on her fair share of sets. Over the years, fans of the actor have gotten to enjoy watching her in popular series such as House of Cards and The Blacklist. Regarding the star’s social media presence, she seems to stick to Instagram and Twitter.

Since the format of Yellowjackets is structured around both the past and the present, each one of the main characters has an actor playing their younger selves. Jasmin Savoy Brown was cast to take on the role of teenage Taissa, and she has been doing a stellar job.

Followers of Brown can look forward to the star’s performance in the upcoming film Ten Dollar Bill. As for the present, fans of Brown can see what the famous actor has been up to on Instagram, Facebook, and, everyone’s favorite, Twitter.

Natalie, Juliette Lewis’ character on Yellowjackets, can often come across as a tad unhinged. However, despite Nat’s tough exterior, viewers quickly saw how caring and sensitive she could be.

Lewis has been featured in many different television shows throughout her career. More recently, viewers were able to enjoy watching her as Harper in the series Sacred Lies. If her fans and followers are looking for her on social media, the star’s posts and presence can be found on Facebook, Twitterand Instagram.

Lewis has given Sophie Thatcher a lot of praise for her portrayal of the teenage version of Natalie in Yellowjackets. Throughout her career, Thatcher has been cast in popular titles like Chicago Med. Thatcher’s fans are able to follow the star on Instagram.

Viewers and fans of Yellowjackets couldn’t get enough of Christina Ricci who took on the role of Misty. The complex character has a reputation for being incredibly intense and fiercely loyal.

In the world of social media, Ricci’s accounts and posts can be located on Facebook and Instagram.

Tasked with the role of portraying a younger Misty in Yellowjackets was the very talented Samantha Hanratty. Known for her inappropriate crush on the team’s coach and her know-it-all demeanor, Hanratty’s stellar performance definitely wrapped viewers in.

RELATED: ‘Yellowjackets’: Christina Ricci Says She Was ‘Dismissed, Teased More’ When in Her Misty Costume: ‘It Made Me Angrier’