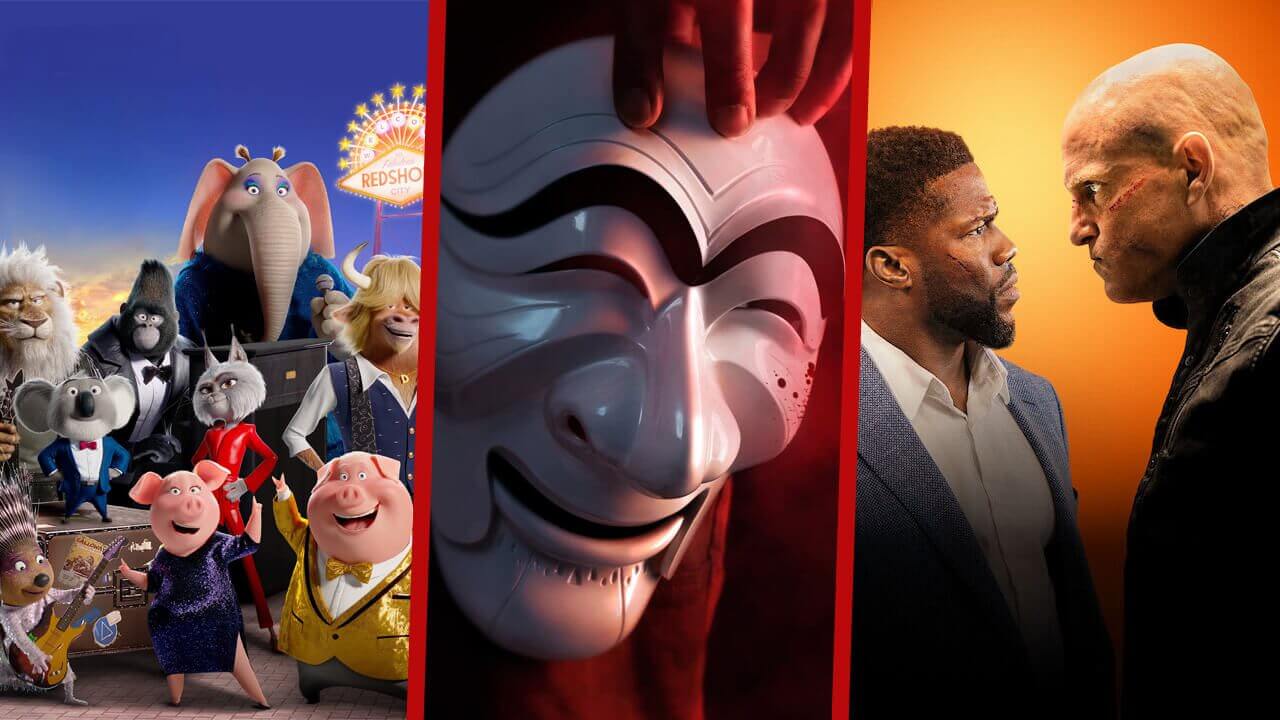 Another absolutely stacked week of new releases are planned for the next 7 days on Netflix including the releases of Sing 2, The Man From Toronto, The Umbrella Academy and the new Money Heist spin-off. Here’s what’s planned to come to Netflix between June 20th through June 26th, 2022.

We’re also expecting a full look at what’s set to come to Netflix in July 2022 this week so keep an eye out for that. If you missed any of the new releases from last week, check out the full list of 47 new movies and shows added here.

Most Anticipated New Releases on Netflix This Week

The Man from Toronto

Kevin Hart has found his home at Netflix with his last few projects all coming to the service and plenty more in the works too. To cement Netflix as his home, Netflix bought up the rights to The Man From Toronto earlier in the year which comes to Netflix globally exclusively on Friday.

Co-starring Woody Harrelson, the new action-comedy movie is about the world’s deadliest assassin forced to team up with someone who let’s just say isn’t so deadly.

When it comes to Netflix’s biggest shows, Money Heist is easily up there among the top 5 and as a result of this success, we’re not going to be seeing spin-offs (so far in the form of a Berlin spin-off). and international spin-offs with a Korean adaptation of the story coming up first at the end of this week.

We’ll see all the characters you loved from the Spanish show return with fresh new takes.

Given we’ve seen Stranger Things dominate the Netflix top 10s and expected to again the week after next, there’s probably no better show to be sandwiched in between the two volumes than The Umbrella Academy. The show, which is releasing on the slightly unusual day of Wednesday, perhaps tells you how confident they are in the title’s ability to perform season after season.

This season promises to be the biggest yet for our heroes as they face off against their multi-verse (so-to-speak) rivals in the form of the Sparrows.

Full List of What’s Coming to Netflix This Week

Note: This list only applies to Netflix US although you may find that

Coming to Netflix on June 20th

Coming to Netflix on June 21st

Coming to Netflix on June 22nd

Coming to Netflix on June 23rd

Coming to Netflix on June 24th

Coming to Netflix on June 26th

What will you be checking out on Netflix over the next week? Let us know in the comments down below.