What Does ‘Multiverse of Madness’ Mean for the Fantastic Four and the X-Men?

Home /Movies/What Does ‘Multiverse of Madness’ Mean for the Fantastic Four and the X-Men? 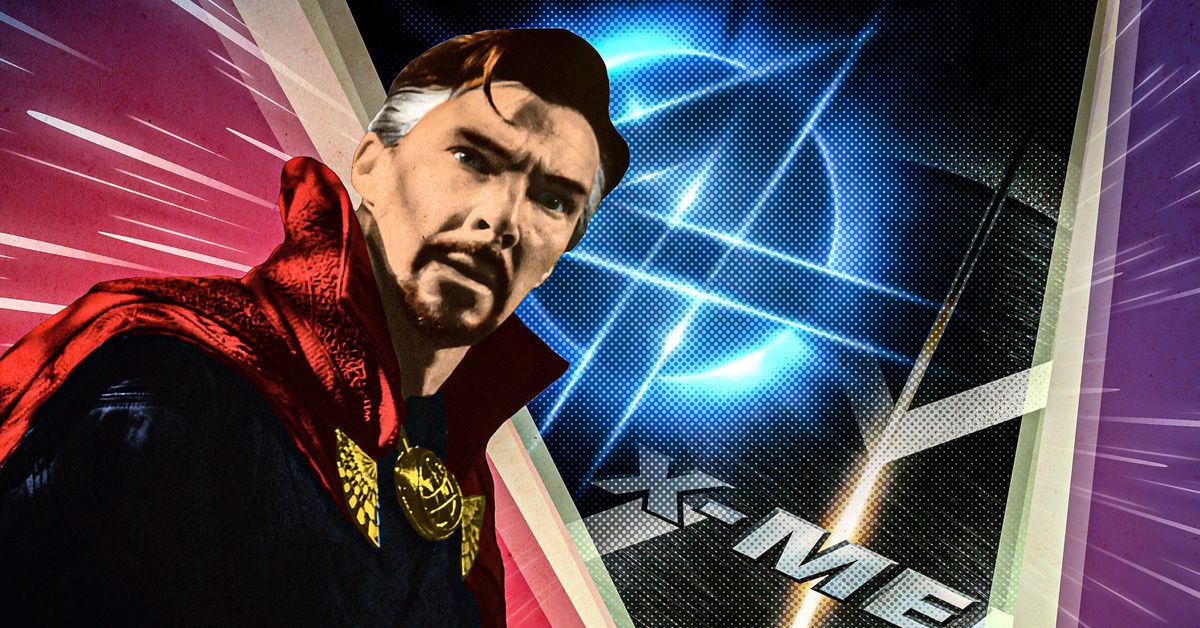 Before we get into the dual MCU debuts of the iconic leaders of the Fantastic Four and the X-Men during Doctor Strange in the Multiverse of Madnesslet’s just get this out of the way: The future of the two franchises remains as much of a mystery as ever.

Ever since news broke in 2017 about Disney finalizing a deal to acquire 21st Century Fox, fans have eagerly awaited the arrival of the Fantastic Four and the X-Men in the MCU — or, for that matter, any indication of how the beloved characters from Both franchises might join the ranks of the Avengers (or what’s left of them) and the Guardians of the Galaxy. Using the multiverse as a bridge between worlds and realities, Multiverse of Madness provides the grand reintroductions of Reed Richards and Professor Charles Xavier — but both are brutally killed by the Scarlet Witch about as quickly as they’re introduced. As such, the wait continues.

The Doctor Strange The sequel had long been speculated to be a watershed moment for the MCU that would signal Marvel Studios’ direction following the conclusion of the Infinity Saga. Trailers fueled the hype train even more, as early looks at Professor X and the Illuminati teased not only the introduction of the X-Men, but also Captain Carter (from the animated anthology series What If?) and the promise of even more, given that the secretive supergroup from the comics features Richards and the leaders of the Inhumans and Atlantis, respectively, Black Bolt and Namor.

In Multiverse of Madness, Doctor Strange meets the Illuminati in the alternate universe of Earth-838, where he finds the group to be an equivalent of the Avengers, down to the fact that they, too, had to fight against the colossal threat of Thanos. (This discovery also sets up the canonical designation of the MCU’s main world as Earth-616, as it is in the comics.) The film’s version of the Illuminati features: Professor X (Patrick Stewart), Mr. Fantastic (John Krasinski), Black Bolt (Anson Mount), Captain Carter (Hayley Atwell), Captain Marvel (Lashana Lynch), and the Supreme Sorcerer of this universe, Baron Mordo (Chiwetel Ejiofor). It’s something of a cosmic gumbo of characters and actors from across Marvel’s multiverse properties, including Fox’s X-Men movies and even ABC’s short-lived Inhumans series, with Krasinski serving as the only true newcomer to the sprawling house that Stan Lee Built.

As it turns out, though, the Illuminati — or at least this particular iteration of it — isn’t here to stay. The group puts Strange on trial for the crimes that his alternate self committed, revealing that Strange-838’s arrogance caused the deaths of billions and the annihilation of another universe. But not long after the overconfident cadre assures Strange that it can handle the “little witch” chasing him and his multiverse-jumping companion America Chavez, Wanda Maximoff shows up and slaughters just about everyone. She uses her Chaos Magic to remove Black Bolt’s mouth, causing his booming voice to blow out his brains; shreds mr. Fantastic apart like paper and pops his skull; cuts Captain Carter in half with her own shield; collapses a massive statue onto Captain Marvel; and enters Professor X’s mind to snap his neck. Mordo was lucky enough to be babysitting Strange when the carnage occurs, but the Scarlet Witch destroys almost all of Earth-838’s Mightiest Heroes while barely breaking a sweat.

The extended Illuminati sequence is shocking and surprisingly violent for a PG-13 MCU project — even if it doesn’t go quite as far as, say, Amazon Prime’s animated superhero series Invincible, which features a similar dismemberment of its Avengers-style superhero group in its series premiere. The swift destruction of the Illuminati is a wild and frankly hilarious troll to upend Marvel fans’ expectations, as well as an opportunity for director Sam Raimi to really lean into the uniquely grotesque style he introduced with his iconic Evil Dead series. At the same time, given that we’re deep within the lawless lands of the multiverse now, the consequences of these deaths are effectively nullified by the prospect of infinite realities, for better or worse.

While Multiverse of Madness is one of the most entertaining (and most lucrative) films Marvel Studios has produced in recent memory, it may have been even better received had expectations not been set so high in regard to the impact its narrative would have on the future of the MCU, A factor fans have been trained to consider over the past decade-plus. It didn’t help that those expectations were heightened by the abundance of teasers promoting Xavier and the Illuminati leading up to its release. (Even Marvel Studios president Kevin Feige seems to regret how much the film’s many trailers spoiled.) While the multiverse allows a singular filmmaker like Raimi to do their thing without the typical constraints that come with a Marvel Studios project (though even Multiverse of Madness fell victim to “creative differences” between the studio and its first director), it’s also a rather cheap way to cater to the appetite for fan service by featuring massive cameos, yet also preserve the chance for a clean reboot in the future.

In many ways, this emergent lack of consequence brings the MCU even closer to the ethos of the comics, where almost every notable superhero has died at some point, only to be resurrected later. (The multiverse has already been used to do this on screen, with Gamora in Avengers: Endgame and, to a lesser degree, Black Widow in What If?.) Multiverse of Madness brings its audience to universes both futuristic and prehistoric, animated and painted (?), utilizing the concept of the multiverse in a much more creative and engaging way than Spider-Man: No Way Home, which used it as little more than a narrative device to reunite villains and Spider-Men of the past 20 years on common ground. But it ultimately left me thinking more about another film’s take on the multiverse: Everything Everywhere All at OnceThe narrative questions the inherent nihilism born from the discovery that your life exists in just one of an infinite number of realities and possibilities.

“When you watch a lot of these multiverse movies, it’s just like, ‘Does any of it matter?’ It waters down every decision, ”said co-writer-director Daniel Kwan The Ringer in March, as he discussed the growing field of multiverse movies in recent years. “It’s like when you play Choose Your Own Adventure: By the end, you’ve seen so many endings that you just don’t care anymore. Nothing actually sticks. “

Without being tethered to the agenda of a studio’s 10-year plan, and in the hands of Kwan and co-writer-director Daniel Scheinert, Everything Everywhere uses the multiverse as a tool to tell an immigrant story that tackles intergenerational trauma and the chaos of the times. For Marvel, the multiverse is mostly a means to the end of making more movies. In a vacuum, Multiverse of Madness is a fun, if uneven cinematic journey that feels like flipping through the pages of a Doctor Strange comic book, and the revered members of the Illuminati are used as cheeky props to elevate the terrifying force that is the Scarlet Witch. But nothing in the MCU really exists in a vacuum point a point that has both fueled Marvel Studios’ unprecedented success and become a complicating factor in Phase 4 as the studio looks to raise the stakes after the Infinity Saga.

Which brings us back to the subject we started with: What does all of this mean for the futures of the Fantastic Four and the X-Men?

Thanks to the limitless potential of the multiverse, the film tells us very little about how or when we’ll see either the X-Men or the Fantastic Four next. Even Krasinski’s casting as Reed Richards in Multiverse of Madness is far from any guarantee that he’ll return as the star of the franchise; The choice could just be another way to toy with viewers’ expectations after the former star of The Office had been fan-casted for the role for years. Marvel could easily recast the Fantastic Four’s leader and justify the lack of continuity from Multiverse of Madness by setting a Fantastic Four film in another universe and establishing another variant of the character. After all, while both Multiverse of Madness and Loki have shown that most characters look similar (and can be portrayed by the same actor) in alternate universes, there are also exceptions, such as Sylvie in Loki or either of the returning Peter Parkers in No Way Home. (Again, there are no real rules in the multiverse, only what best fits a given project’s agenda.) More than anything else, the film’s use of Richards and the rest of the Illuminati is an indication of what the multiverse can do for Marvel.

Still, there are some details in Multiverse of Madness that could serve as clues about what’s to come, assuming they’re not just Easter eggs. On the Fantastic Four front, there’s a moment between Wanda and Reed where Mr. Fantastic mentions that he has a wife (Sue Storm) and children, potentially signaling the introduction of Franklin and Valeria Richards for the first time after neither of them appeared in any of Fox’s lackluster Fantastic Four movies. (Then again, this could also just have been a setup for Wanda’s savage line about how Reed’s children will still have someone to raise them after she rips him into strands of string cheese.) As for Xavier and the X-Men, Multiverse of Madness drops several references to the animated X-Men series of the ’90s, including a subtle musical allusion to its iconic theme song that accompanies Xavier’s entrance, his yellow hoverchair, and even similarly cartoonish, emanating rippling waves from a concentrating Xavier’s head to represent the telepath’s mutant abilities. The only upcoming Marvel Studios X-Men project that has been confirmed so far is X-Men ’97, which will pick up where the original series ended. We still don’t know whether X-Men ’97 will be part of the MCU, but if What If? can be considered canon, then why not another animated TV show?

There’s also the matter of “incursions,” a term that Reed Richards uses to explain how his reality’s Strange doomed an entire alternate universe after his use of the Darkhold set two realities on a collision course. Incursions play a crucial role in Marvel’s Secret Wars series, which was remade with tremendous results under Jonathan Hickman and Esad Ribić in 2015. Multiverse of Madness Now paves the way for the major crossover event to reach the MCU in the not-so-distant future. The film’s mid-credits scene builds on the initial incursion mention, as the sorceress Clea (Charlize Theron) finds Strange to tell him that he’s caused an incursion in her reality — the Dark Dimension first seen in Doctor StrangeThatand that she needs his help to fix it. Next year’s Ant-Man and the Wasp: Quantumania seems a likely candidate to tell us more before we see Clea and Doctor Strange again, as the multiversal villain Kang the Conqueror is set to return following his debut in Loki. The futures of the X-Men and the Fantastic Four may rest in the Secret Wars that threaten our heroes on the MCU’s horizon.

Multiverse of Madness didn’t deliver the answers that some Marvel fans had been hoping for, but the film’s Illuminati fake-out and its hints at a looming incursion are just small tastes of the infinite possibilities that the multiverse now provides.