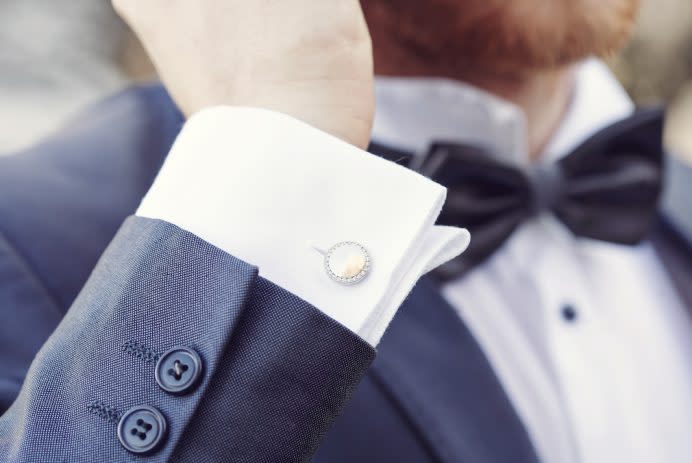 A man refused to take his girlfriend to a wedding unless she changed her outfit.

He took to Reddit’s “Am I the A ******? (AITA) ”forum for advice. He asked his girlfriend to attend a coworker’s wedding with him. But when he picked her up for the occasion, she was wearing white. He told his girlfriend to change out of respect for the bride. But when she wouldn’t agree, he left her at her house and went to the wedding alone.

Buried in debt? A financial expert weighs in on how to get back on track

“AITA for demanding my girlfriend (GF) to change her dress for a wedding?” he wrote. “This happened during this weekend, me being in my early 30s and my GF in her late 20s. I was invited to a wedding ceremony of a colleague and could bring someone with me. I asked my GF that I’ve been dating for a year if she would like to join me. I drove to pick her up.

“As she comes out, she looks really beautiful and has obviously put in time to fix her hair and makeup. She’s also wearing an off-white dress that was rather ornate. As she got in, I told her that she looked stunning, but I asked if she could change to a different-colored dress for the ceremony. I’m not one for etiquette by far, but one of the few things I have heard everywhere is that you should not wear a white dress to a wedding unless you’re the bride. “

He insisted that she respect his colleague’s wedding, but she refused to change.

“She became pretty upset and wanted to know what was wrong with her dress,” he wrote. I said that it would be inappropriate to wear a white or off-white dress unless you’re the bride. She rolled her eyes and said that it was an outdated tradition about women and virginity and that, when her friends got married, everyone wore white and that it’s not a big thing anymore.

My GF became really upset and told me that I was trying to control what she was wearing and that it was abusive, which honestly made me really upset and hurt. I said something along the lines of ‘well, you shouldn’t go to a wedding with an abuser then,’ and then I told her to f *** off out of my car. She began to cry and wanted to apologize and give me a hug, but I just told her to get out, which she did. “

Redditors felt he made the right call.

“Your GF should have known better,” a user commented.

“She overreacted because she was 100% KNEW the rule,” said another.

“Your GF sounds like an attention-seeking nightmare,” someone wrote.

Shop Tinashe’s show-stopping looks from her In The Know cover shoot:

In The Know is now available on Apple News – follow us here!

If you enjoyed this story, check out this 2-year-old who insists she’s her own great-great-grandmother in a chill-inducing TikTok.

The post Wedding guest sparks debate after ‘demanding’ his girlfriend change her outfit: ‘[She] should’ve known better ‘appeared first on In The Know.

More from In The Know:

Dad catches toddler daughter adorably talking to herself in mirror: ‘Should we call Hollywood?’

I’m a cooking editor, and these are the 7 kitchen items I can’t live without