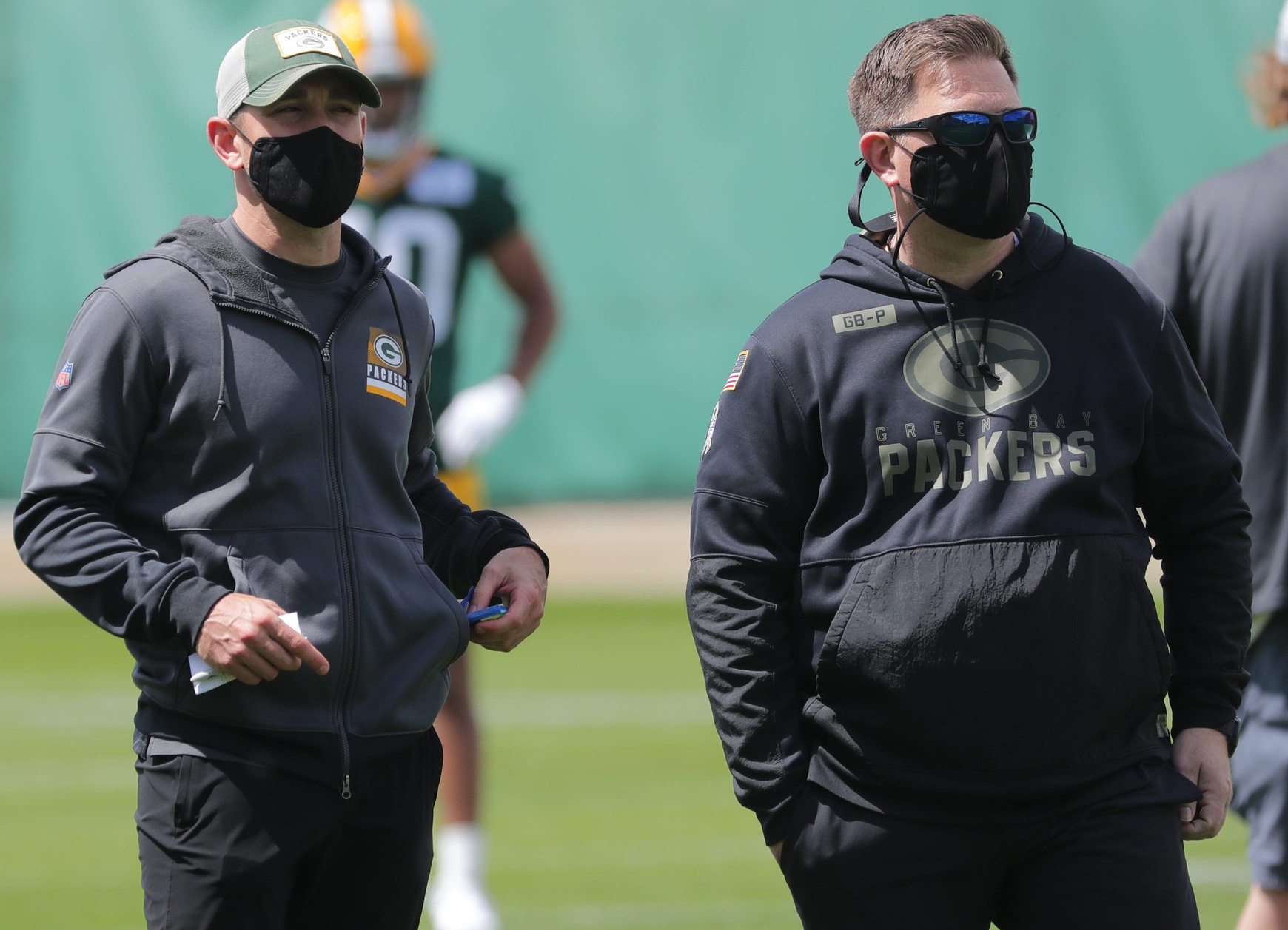 With the NFL Draft now done and dusted, there is further clarity on what Green Bay’s roster could look like entering the 2022 season.

Of course, there is still time for a veteran or two to be added before the new campaign, and training camp battles will be crucial in helping to decide the final few roster spots, but I decided to take a way-too-early look at what the Packers initial 53-man roster could look like. Here is my best guess, along with some observations.

Kurt Benkert made it a tough decision for Brian Gutekunst last season, and he will do so again, but ultimately miss out on the 53-man roster and end up on the practice squad.

There is potential for Green Bay to keep four running backs if either Tyler Goodson or Patrick Taylor impress in pre-season, and if Hill starts the season on the PUP list as he returns from an ACL injury, one of the two former UDFA’s have a real chance to crack the 53.

I don’t see any other veterans being added at wide receiver, as the room is already crowded and unless the Packers opt to keep a seventh wideout, Samori Toure, Juwann Winfree and Malik Taylor will likely be on the outside looking in and be retained on the practice squad.

If Tonyan starts the season on PUP, Dominique Dafney could make the initial roster. It will be interesting to see how Tyler Davis performs in pre-season after Gutekunst praised him during the draft.

The battle for a starting spot at right guard and right tackle figures to be one of the most fiercely contested this summer. After heavy investment through the draft along the offensive line in recent years, the Packers have both quality and depth. If Jenkins enters the season on PUP, Cole Van Lanen could benefit and make the 53.

Whether Ford ends up making the roster or the Packers run with five defensive linemen instead will largely depend on how he acquits himself on special teams.

This is a spot where a veteran addition could be made in the Whitney Mercilus mold to make sure the rotation. Garvin will enter the season aged just 23 and I have him making the roster currently as he offers more upside than Tipa Galeai, along with Randy Ramsey who would likely have made the 2021 roster if not for injury.

Look out for Ellis Brooks in pre-season. He was very much a draftable player and has the potential to play all three downs. McDuffie projects to replace Ty Summers as a special teams contributor.

Ento feels like the cornerback version of Yosh Nijman. A guy who keeps Gutekunst around year after year, clearly seeing something in him which he believes can be developed. Ento and Nijman were also born just one day apart. I think this is the year Ento makes the 53-man roster, barring a veteran addition.

Scott could face stiff competition from Innis Gaines in training camp, but he was kept on the 53-man roster for the entire 2021 season and looks a favorite to make it once again. Carpenter figures to be a key contributor to Rich Bisaccia’s special teams units.

There are currently three kickers on the Packers roster, but in the end, I think Bisaccia will go with the experienced Crosby and put his poor 2021 season down to a below-par field goal operation and protection.

Crosby’s roommate is a lock to make the roster.

Please insert any potentially superior long snapper whom the Packers could pick up as a free agent as you wish.

Ernesto Castro
How Does Doctor Strange 2 Fare as a WandaVision Sequel? Grade It!
What happened to Candy Montgomery? Gruesome story behind Hulu’s ‘Candy’