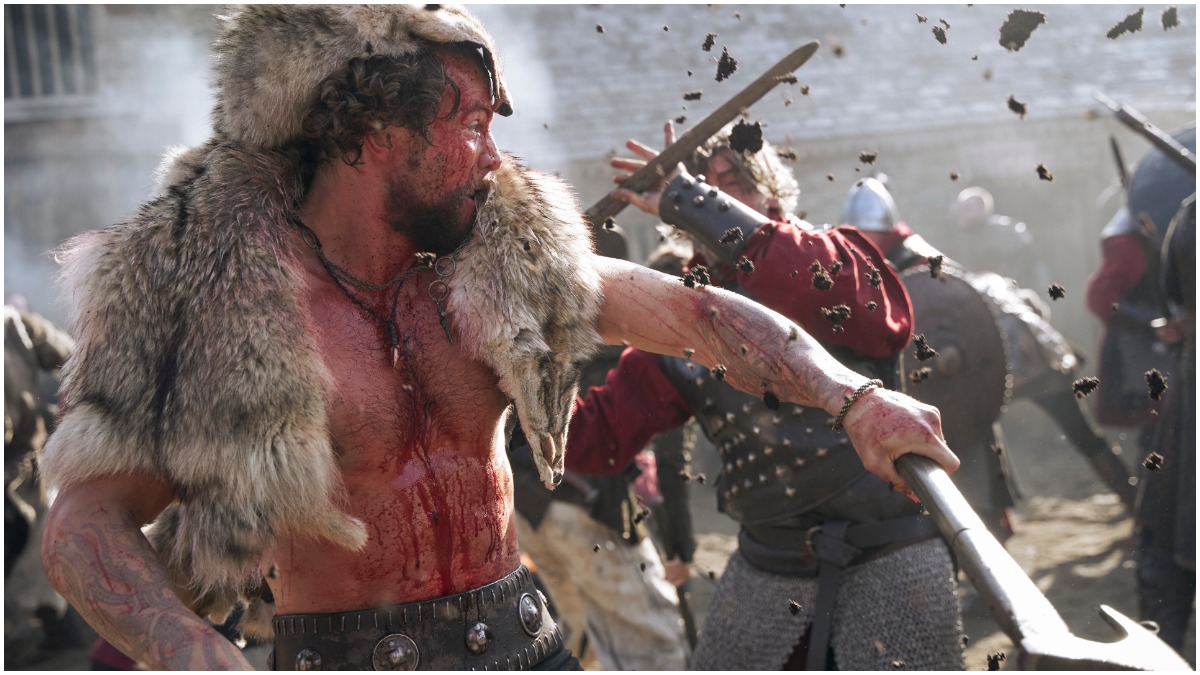 SPOILER ALERT: This article discusses the historical feats of George Maniakes and Harald Sigurdsson, which may lead to potential spoilers for the TV show Vikings: Valhalla.

With the recent casting announcement of Florian Munteanu as General George Maniakes in Netflix’s Vikings: Valhalla, many viewers are wondering about who this historical character really is and how it will affect the storyline moving forward in Seasons 2 and 3.

Considering Vikings: Valhalla is currently delving into the Viking Age stories of Leif Erikson (Sam Corlett), Freydis Eriksdotter (Frida Gustavsson), and Harald Sigurdsson (Leo Suter), it comes as a surprise to see a Greek character who was a prominent general of the Byzantine Empire.

So, who was George Maniakes, and why was he mixed up with the Vikings?

According to the Historian’s Hut, George Maniakes was a Greek general who managed to take over the island of Sicily from the Arabs for a brief amount of time between 1038 to 1041. Harald Sigurdsson, the leader of his Varangian guard at the time and helped in this conquest.

This is probably his most famous feat while under the Byzantine Empire. It also led to him becoming the catepan of Italy in 1042.

However, things did not go well for George after this. Thanks to not receiving the acclaim from the emperor Constantine IX for his success, George turned against Constantine, and a revolt was formed by himself and his Varangian guard.

In 1043, his troops clashed near Thessalonika with those loyal to Constantine, and George was killed. The rebellion ceased after that.

Both Maniace and the fortress of Castello Maniace in Sicily are named after George Maniakes.

George Maniakes in the Vikings Sagas

According to Deadline, George is known as The Emir. However, in the Viking sagas, he was referenced as Gyrgir (also Gyrge and Gyrger in some translations) and appeared in Snorri Sturluson’s Heimskringla (also known as The Lives of the Norse Kings).

The section of this book that deals with Harald Sigurdsson is named Harald Hardrade, which was another name for the famous Viking figure.

This story describes Harald traveling to Greece and meeting with George, who was named as “a kinsman” of Queen Zoe the Mighty. This occurred after the fall of King Olaf, who is also Harald’s brother in Vikings: Valhalla, which will give viewers an indication of what will happen in Season 2.

Harald became the head of the Varangian guard under George, and he helped bring down a Sicilian city by the use of sports during a long siege.

Yes, you read that right.

According to the sagas, Harald instructed his men to play sports outside the city’s walls. Considering sieges are long and boring, many inside crowded around to watch the events, and this led to the guards inside the city being lazy when it came to protecting the walls – sometimes even leaving gates open.

Eventually, Harald took the city thanks to this drop in protection and the open gate.

Fans of the interesting take on the attack on London Bridge in Season 1 of Vikings: Valhalla can now look forward to this rather ingenious battle plan which will likely occur in Season 3.

Season 1 of Vikings: Valhalla is currently streaming on Netflix. Season 2 will air in 2023.

Janice Shirey
Ukrainians stop Russian gas at one hub, make gains in east
Bengals were reportedly high on Kaiir Elam but had concerns with Andrew Booth