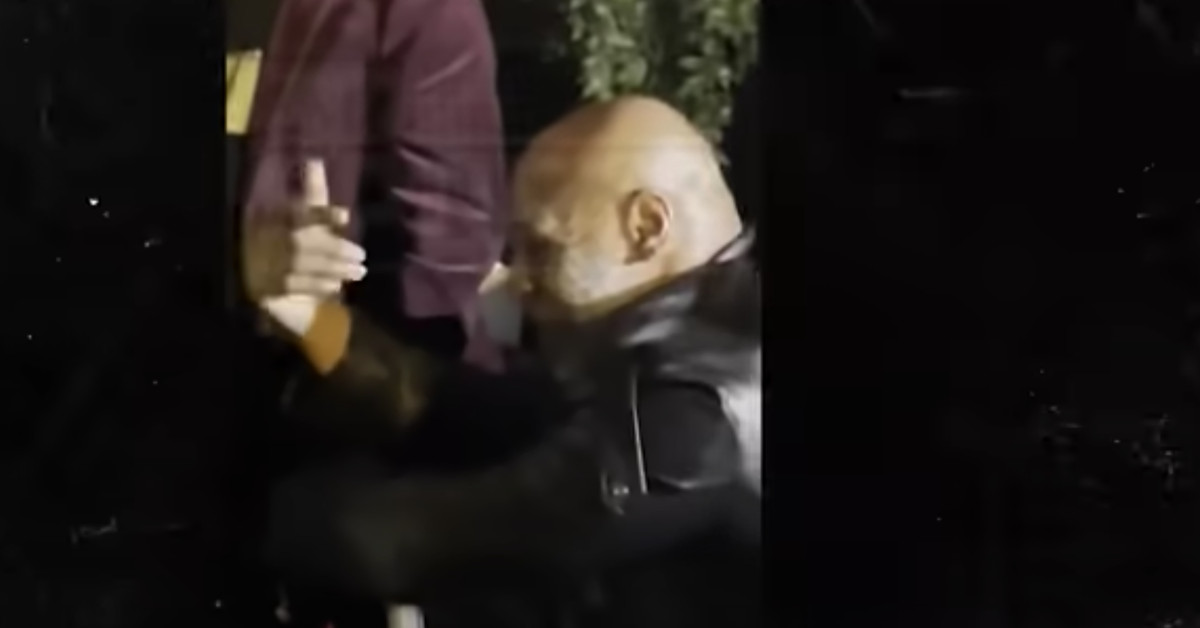 Any person’s instinctive response when an individual pulls out a gun in a small space like a comedy club would be to duck for cover. But if you’re Mike Tyson, you may take an entirely different approach.

This exact scenario happened on Tuesday night at a rooftop comedy show in Hollywood. According to multiple reports, an unidentified man suddenly disrupted the comedian’s set and approached Tyson, who was seated a few feet away from the stage.

In this one angle from a video captured by TMZ, the man is heard telling Tyson, “I’m trying to upgrade my status. As this was all happening, the former lineal heavyweight champion calmly told the individual to move along. TMZ also reports that the man challenged Tyson to a fight.

As the man was being led towards the exit, he suddenly pulls out a gun and cocks it. Everyone else went into a panic (as anyone would), but Tyson remained in his seat.

In this video shot from another angle, Tyson, who was still as cool as ice, motioned to the individual to come to him. The two talked for a few moments before hugging it out in the end.

The situation eventually fizzled out, and fortunately, no one was hurt. According to TMZ, the LAPD was never called to respond to this crazy incident.

Ernesto Castro
All American – Episode 4.14 – Changes – Press Release
Whoopi Goldberg calls on royal family to apologise for its colonial past