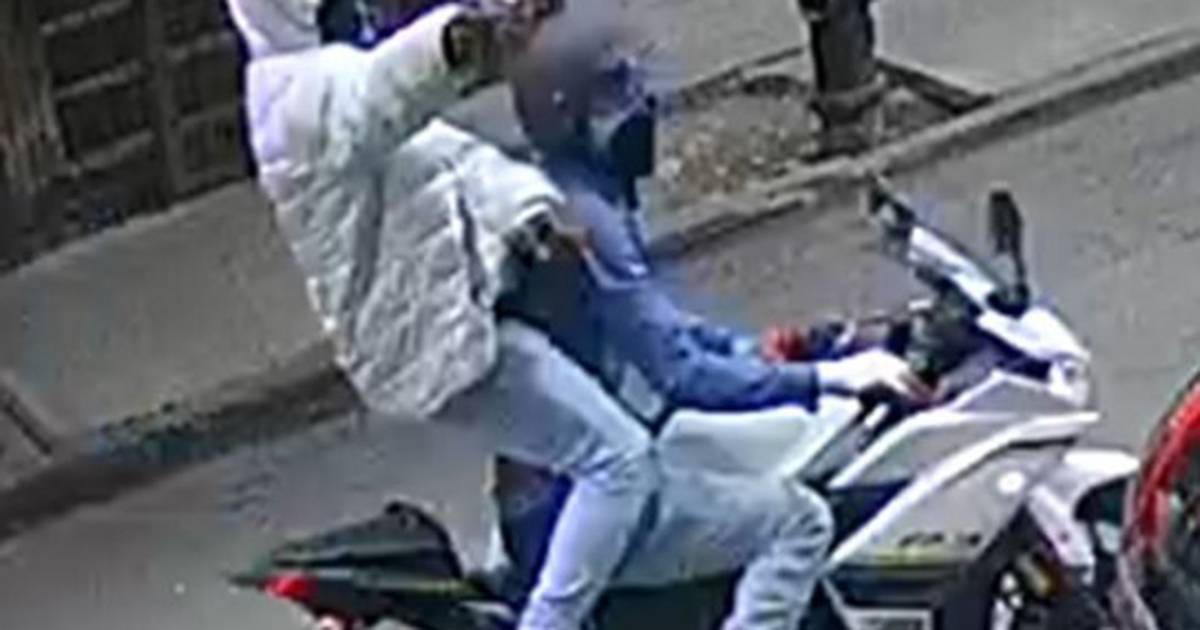 Two men on a scooter opened fire at a group of people, wounding one of them, during a harrowing caught-on-camera shooting at a Bronx street corner, police said Saturday.

Four men were hanging out by a small stoop on Wales Ave. near E. 152nd St. in Woodstock about 7 pm on Thursday when the scooter zipped by.

A man sitting behind the scooter operator fired off multiple shots at the group, sending the victims scrambling for cover, video from the scene shows.

The victims ducked behind some parked cars, with one man crawling down the stoop on his stomach, as the scooter zipped off past the intersection, surveillance footage released by police shows.

EMS rushed the victim to Jacobi Hospital, where he was treated and released.

No arrests have been made.

Police on Saturday released the surveillance footage in the hopes someone recognizes the gunmen.

Anyone with information regarding this incident is urged to call NYPD Crime Stoppers at (800) 577-TIPS. All calls will be kept confidential.