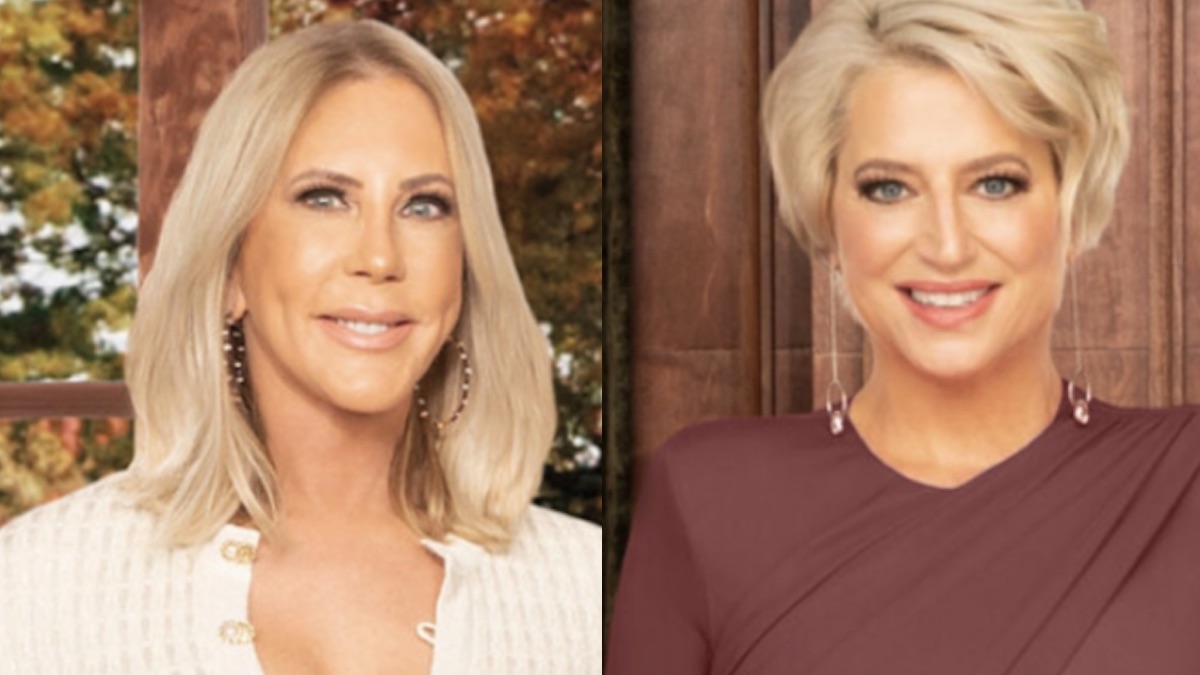 Dorinda and Vicki have been engaged in a war of words that, to the public, mainly seemed one-sided.

The battle of the Bravo blondes allegedly began during the filming of Real Housewives Ultimate Girls Trip Season 2 over the COVID-19 vaccine. Last week, the drama spilled over and the tea was hot, just in time for the premiere of RHUGT.

Vicki Gunvalson is finally defending herself against claims that she sent hundreds of texts to Dorinda Medley after Dorinda’s rant on her podcast, Make It Nice.

An Instagram fan account for the Bravo Housewives reposted a story first shared by Page Six, where Dorinda alleged that Vicki sent her hundreds of texts. The hundreds of texts came after Dorinda went on a Vicki-insulting rant.

Vicki denied that she sent hundreds of texts and said she did not have time to engage in such behavior.

Vicki responded to the news story in the comments section in what could be considered fighting words by Dorinda.

Vicki commented, “She is an absolute liar. I don’t have time to text anyone 100 texts. Don’t flatter yourself dorindamedley. “

Vicki previously called Dorinda’s Berkshires home old, something that set off Dorinda, so being called a liar is likely to have an effect on the former New York housewife.

Dorinda and Vicki appear on Peacock’s The Real Housewives Ultimate Girls Trip Ex-Wives Club, which was filmed at Dorinda’s Blue Stone Manor in The Berkshires. They allegedly sparked over the COVID-19 vaccine during filming in a heated debate.

The fight reignited when Vicki appeared on an episode of the Instagram show Newbies X OG. Vicki said she would be “absolutely miserable” living at Blue Stone Manor and called the old house.

Dorinda alleged that Vicki sent hundreds of texts in response to the Make It Nice rant. Dorinda told Page Six, “I have hundreds and hundreds of texts from her, but I don’t really respond. She not only wrote 100 texts, she left me a very long voicemail. “

Dorinda continued, “But I don’t do that. Listen, once I clap back, I go silent. “

Time will tell if Dorinda sticks to her word and maintains her silence.