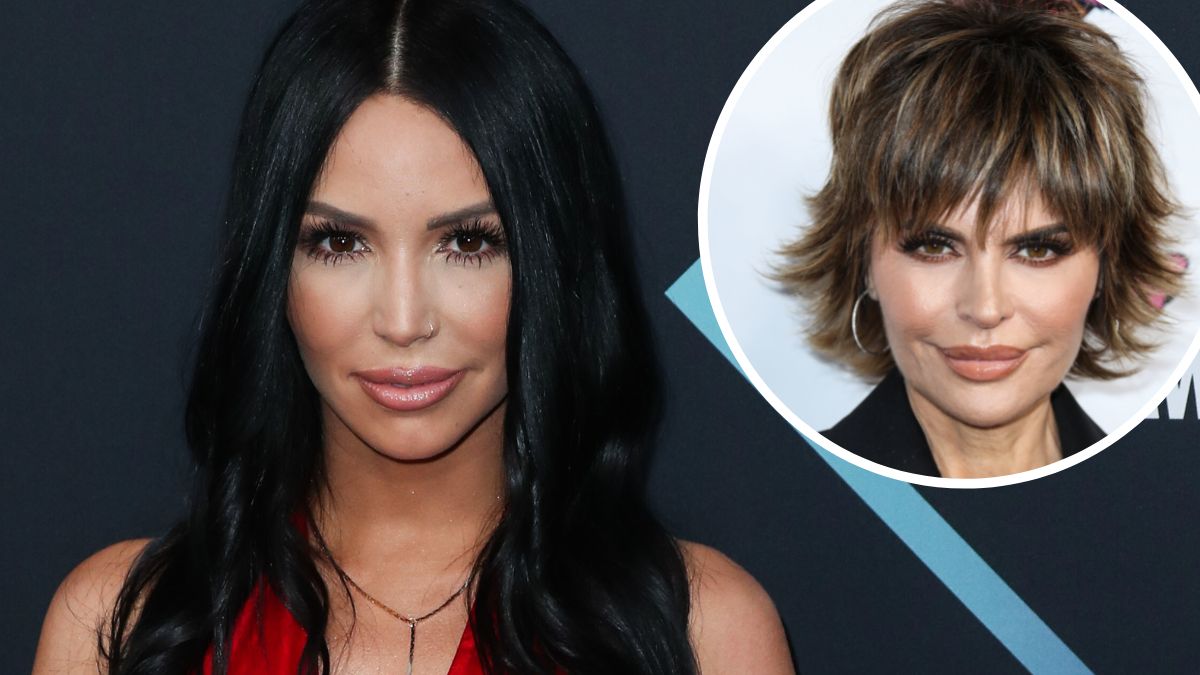 Never one to pass up a great opportunity to put her beauty on display, Scheana collaborated with Real Housewives of Beverly Hills star Lisa Rinna and her Rinna Beauty makeup line to show off one of the brand’s great lip products.

Over on the Rinna Beauty Instagram account, the brand shared a sultry shot from Scheana’s modeling shoot with them, and the look certainly suited the mom of one.

The post made to the Rinna Beauty Instagram page featured one shot of Scheana, but it ticked all the right boxes.

Shot from the waist up, Scheana wore a mesh corset top that showed off her ample chest and bare shoulders. It also curved up her waist, giving viewers a peek at her trim figure.

Gazing just off camera, Scheana’s makeup look took center stage. She rocked a bold smoky eye with dramatic lashes that reached up to the perfect arch of her eyebrows. Her goddess-like contour was pulled together with a perfectly neutral lip.

And what would a glamourous picture of Scheana Shay be without her signature dark, curled bob haircut? The curls of her hair framed her face in the most gentle way and fell alongside her hoop earrings just above her shoulders.

In other Scheana Shay news, she and her fiance Brock Davies have continued to plan their wedding.

As previously reported by Monsters and Critics, Scheana and Brock officially got engaged as Season 9 unfolded. Although the couple originally planned to secretly tie the knot while away at James Kennedy and Raquel Leviss ‘engagement party weekend, they ultimately decided not to steal their co-stars’ thunder and plan a separate event for themselves.

As of their last interview on the matter, Scheana and Brock have changed their initial plans for a Bali wedding in November and have decided to wed in Mexico during the month of August instead.

Vanderpump Rules viewers will need to tune in to Season 10 when it premieres to see if the wedding will make the cut.

Janice Shirey
Explosions shake Ukraine’s capital Kyiv after weeks of relative calm
Are the Isles and Kevin Fiala a trade fit? A look at the style, fit, asset cost and more