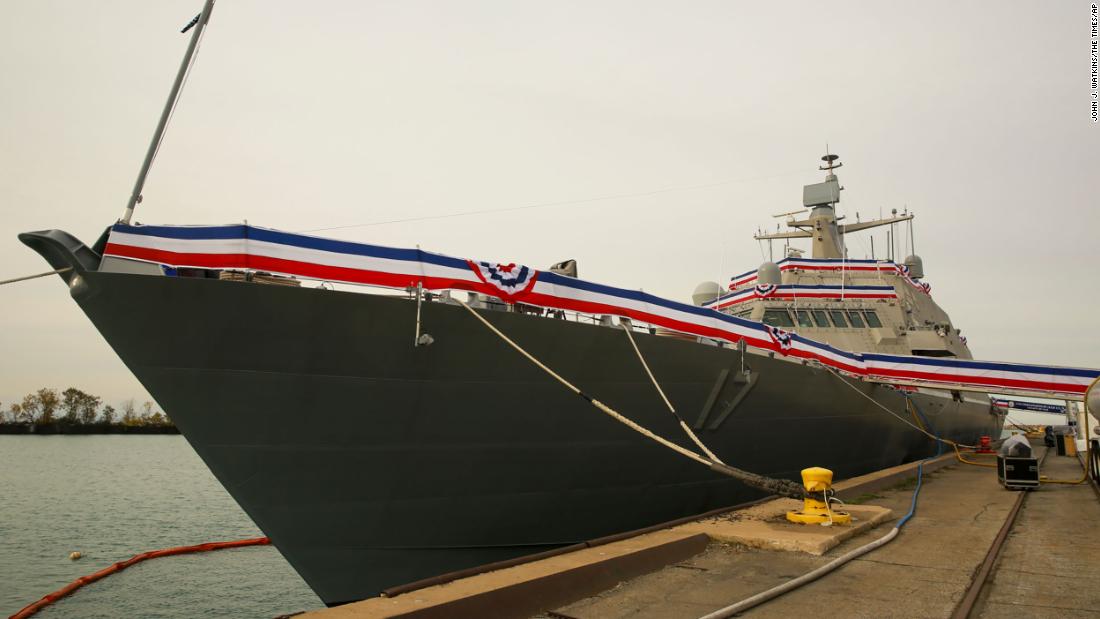 “I would refuse to put an additional dollar against a system that would not be able to track a high-end submarine in today’s environment,” Gilday told the committee. He said the main reason for the early retirement was that the anti-submarine warfare system on the ships “did not work out technically.” The decommissioning of the ships would save the Navy approximately $ 391 million, according to the service’s proposed FY23 budget.

But that recoups only a fraction of the cost of the nine littoral combat ships, which totaled about 3.2 billion.

The USS Indianapolis, USS Billings and USS Wichita were all commissioned in 2019, which means the Navy plans on decommissioning ships that are only a fraction of the way into their expected service life. The Navy also plans to retire six other littoral combat ships, all of the single-hull Freedom-variant, as opposed to the trimaran Independence-variant. Both variants can achieve speeds of 40+ knots.

The decision amounts to an embarrassing admission that some of the Navy’s newest ships are not fit for modern warfare.

Despite the Navy’s plans to scrap the warships, Congress has the final say on the military budget and has balked at previous requests to decommission ships. Reducing the number of warships may be even more difficult as lawmakers focus on the growing size of China’s navy and the gap between the US and Chinese fleets.

Last August, Vice President Kamala Harris visited the USS Tulsa, one of the Independence-class ships, while it was operating out of Singapore. She touted the Navy’s mission of “helping to guarantee peace and security, freedom of trade and commerce, freedom of navigation” and the role the ship plays in countering an increasingly assertive China in the western Pacific Ocean.

But the embattled littoral combat ships have faced perennial problems, including repeated breakdowns and questions about their limited armament.

The ships were hailed as part of the US deterrent against China as they they were designed to operate in shallow waters like the South China Sea. But the decommissioning of so many in one year appears to be an acknowledgment that the expensive surface combatants have failed to live up to expectations.

Rep. Adam Smith, chair of the House Armed Services Committee, said, “We can’t use them, number one because they’re not ready to do anything. Number two, when they are, they still break down.”

“They’re incredibly expensive, and they don’t have the capabilities that we expected. So regardless of how old they are, that’s a lot of money to be spent to get pretty close to nothing,” the Washington state Democrat continued.

“With the Chinese Navy steadily climbing to 460 ships by 2030, the unforced errors in Navy shipbuilding, like the Littoral Combat Ship, must stop. Programs that can scale up and grow our fleet must be the priority,” Inhofe said. tweeted Wednesday.

Many of the myriad problems facing the littoral combat ship program stem from the lack of mission focus during the design process, said Emma Salisbury, a researcher at the University of London focusing on the US military weapons manufacturers.

“The LCS was essentially counted to solve every single one of the Navy’s problems all at once and everything would be wonderful,” Salisbury told CNN with a note of irony. The missions for the ships included surface warfare, mine countermeasures, and anti-submarine warfare, based on a modular design that was supposed to allow the Navy to customize the ship for the role.

“It was basically this magical design that would solve everything,” Salisbury said. “So that was the problem – that, because it had all of these options, it never did any of them very well.”

Pentagon press secretary John Kirby defended the program and the ships at a press briefing in mid-April, saying that “they served a purpose.”

Yet even as the Navy plans on scrapping nine of the Freedom-variant ships, the newest ship in the class was just christened this past weekend. The USS Beloit marked the milestone with members of Congress and Navy officials in attendance, as well as the ceremonial breaking of a bottle of wine across the bow.

Navy Secretary Carlos Del Toro said in a statement the ship would “be ready to respond to any mission, wherever, and whenever, there is a need.”

The Independence-variant of the LCS has faced its own problems. The Navy has identified structural cracks on six of these ships, requiring updates to inspection procedures and a redesign of the affected areas, according to a statement from Alan Baribreau, a spokesman for Naval Sea Systems Command. The cracks, first reported by Navy Times, were initially discovered in late-2019 in high-stress areas on the structure of the ship.

The issue was identified following routine quality assurance checks and does not pose a risk to the safety of Sailors on board the ships. Similarly, the issue poses no safety risk to the ships affected nor does it hinder the ability to get underway and execute missions. , “Baribeau said.

The Navy plans on retiring two of these Independence-class ships in the 2024 fiscal year.

At the same time, the Navy is working on developing a new class of ships more suited to the challenges from China’s rapidly expanding military and the threat Russia poses. These ships would have “more capability than the LCS” for the potential fights of the future, Kirby said.