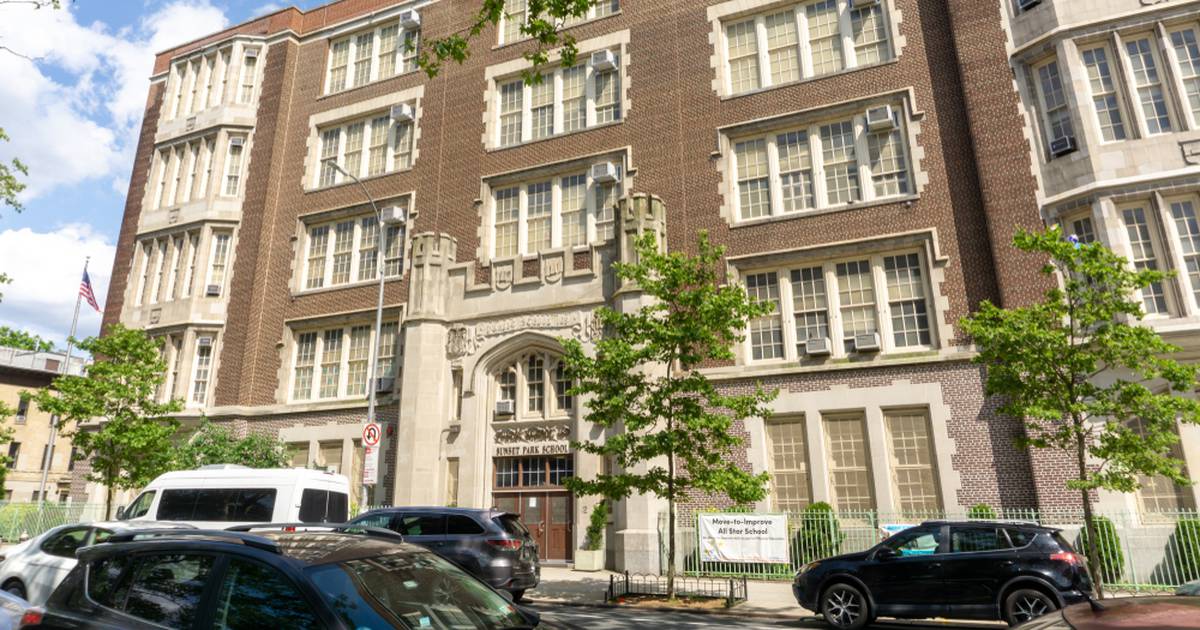 The city’s aging school buildings, which spew out the same volume of carbon dioxide emissions as 154,000 cars each year, will be a key battleground in efforts to reduce air pollution and boost clean energy across the city, advocates say.

The more than 1,800 public and charter schools overseen by the city occupy buildings that are 70 years old on average, and many are equipped with outdated heating and cooling systems that are both inefficient and emission-producing, energy advocates claim.

“The emissions are huge. We’re spending a ton of money on energy; it’s building stock we control as a city. It’s a huge opportunity to improve school infrastructure and create union jobs, “said Dave Hancock, executive director of Climate Jobs New York, whose group authored a May report calling on the city to adopt an aggressive clean energy plan for schools. “It just makes a lot of sense.”

City officials have ramped up their solar energy efforts in recent years, building panels on the rooftops of 110 city facilities, including 60 school buildings, that produce 16 megawatts of energy a year – enough to power 2,600 homes.

But advocates say that’s just a drop in the bucket, noting that solar accounts for only 2% of the energy that powers city school buildings.

The problem with school energy consumption often starts with their outdated heating and cooling systems, which largely rely on burning oil and gas, Hancock said. Each year, the city spends about $ 275 million powering school buildings, according to the Climate Jobs report.

Heating, ventilation and air conditioning systems in city schools came under greater public scrutiny during the pandemic as air ventilation in school buildings emerged as a major concern for preventing the spread of COVID-19. Hancock said he hopes the momentum to improve school HVAC systems continues.

Advocates estimate an ambitious effort to make city schools net-zero on carbon emissions by 2030 would create more than 60,000 jobs over eight years – and the initiative has drawn support from several municipal labor unions, including the United Federation of Teachers.

A shift to cleaner energy in schools could also help chip away at longstanding environmental justice issues that have plagued the city, including high asthma rates in many of the city’s poorest neighborhoods, advocates argue.

“How are we targeting and prioritizing schools from an equity standpoint for improvement?” Hancock asked. “If we’re really going to get serious,” the city needs to figure out “which are the communities we should focus on.”

Advocates and Cornell University researchers say the city could use neighborhood child asthma rates to help decide where to prioritize renewable energy investments, turning first to the pockets of the city where air pollution has done the most harm.

The investments will come with a steep price tag: an estimated $ 14.5 billion over five years. But Hancock points out that the city will also save money by reducing expenditures on fuel, and argues that it’s the perfect time to make an ambitious financial commitment while the city has access to pandemic-related federal stimulus funds.

“The Department of Education is fully and continuously committed to sustainability in our schools and communities,” Education Department spokeswoman Jenna Lyle said. “We have implemented a series of efforts prioritizing emissions reductions, and are proud to have facilitated a 22.3% reduction in greenhouse gases since 2008.”