Unsparing images from Ukraine show war at the 100-day mark 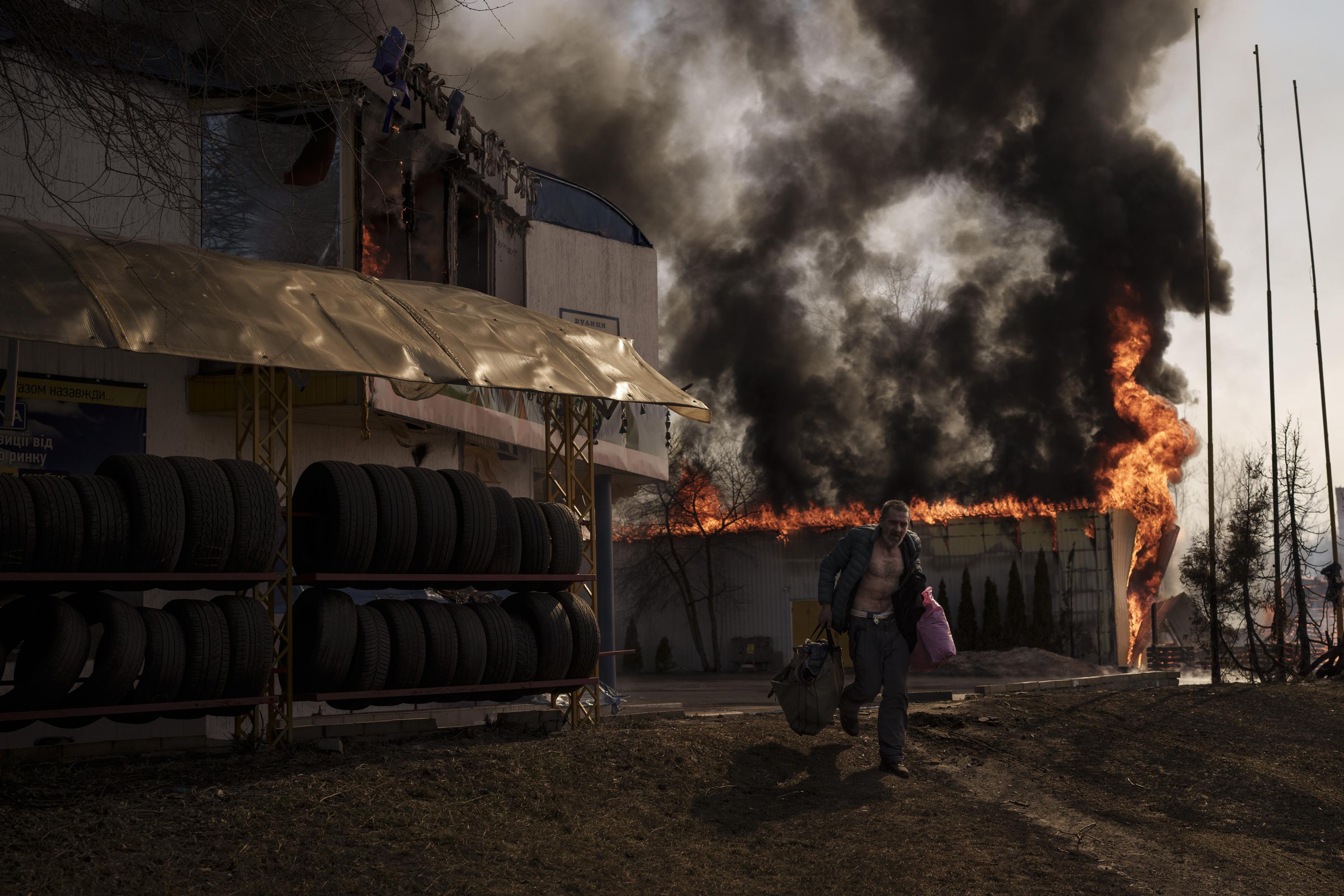 By The Associated Press

How many buildings have been obliterated in Ukraine? How many limbs lost, children brutalized, refugees put to flight? How many mothers and fathers, sons and daughters killed in 100 days?

How many dreams have been destroyed?

There is no accounting of a war that launched in late winter, continued through spring and is likely to drag on for seasons to come. The conflict unleashed by Russian President Vladimir Putin defies statistics. It is a story best told in unsparing images of human suffering and resilience.

In the war’s 100 days, Associated Press photographers have captured the terror – people diving to the floor of a Mariupol hospital as bombs fall around them; a mob of refugees, huddled under a bridge. They have captured the tears of grieving survivors, and of families separated by the war.

And so many bodies. Bodies in trenches and half-buried in hillsides and arrayed on pavements and lying in pools of blood and carried in coffins. A soldier spread out like a statue in a Christ-like pose on a metal barrier. An arm extended in the dirt.

This is a country that has been transformed into the blink of an eye. A hundred days ago, a bathtub was for bathing; Now, it is a place where a little girl and her dog hide from bombs.