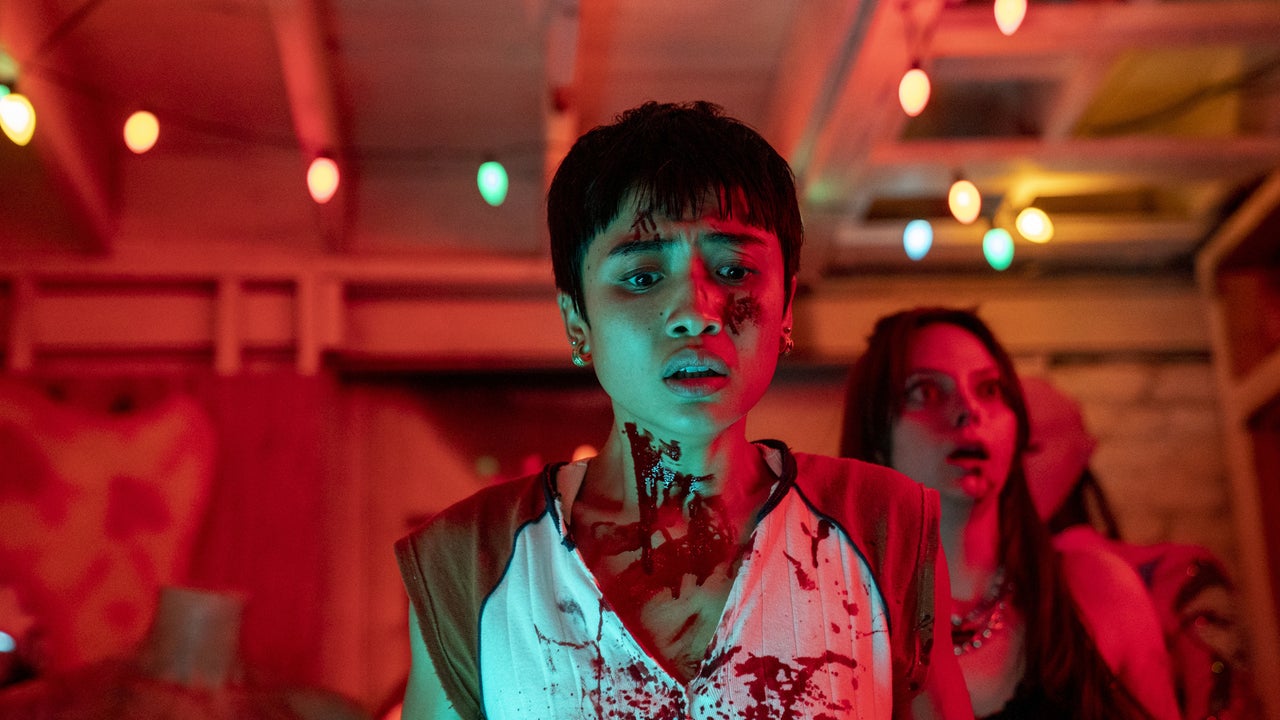 Unhuman will be available on digital VOD on June 3, 2022.

Marcus Dunstan and Patrick Melton’s Unhuman is humorously billed as a “Blumhouse Afterschool Special,” which means it’s nothing like the filmmakers’ more mature work. After winning Project Greenlight’s third season as writers on barroom creature-feature Feast, the duo amassed notoriety by writing a few of the Saw sequels and The Collection franchise (Dunstan would direct the latter, as he directs Unhuman). Dunstan and Melton’s signature quickly became savage slashers emphasizing “torture porn” gore, but Unhuman proves they can connect with the genre’s softer sides. It’s teenage gateway horror through and through – sometimes feeling too much like “olds” are writing “youths” – but executes an anti-bullying punch that successfully blends vicious undead peril and public service formats with a devious smile.

Unhuman takes the “scared straight” approach to horror when Brianne Tju’s outcast heroine and her cliquey classmates are caught in doomsday chaos. Their field trip driver rams into something, blood drenches the windshield before the bus breaks down, and radio broadcasts reveal a chemical attack has sent America into pandemonium. Those infected start turning into savage monsters through makeup effects that trace over veins and reflect zombie attributes. Popular jocks, tabletop Dungeon Master shut-ins, and heckled brace-faces must band together if there’s any hope of survival. Maybe with the apocalypse incoming, they can stop calling one another hurtful names and realize they’re stronger together than zinging everyone else from afar?