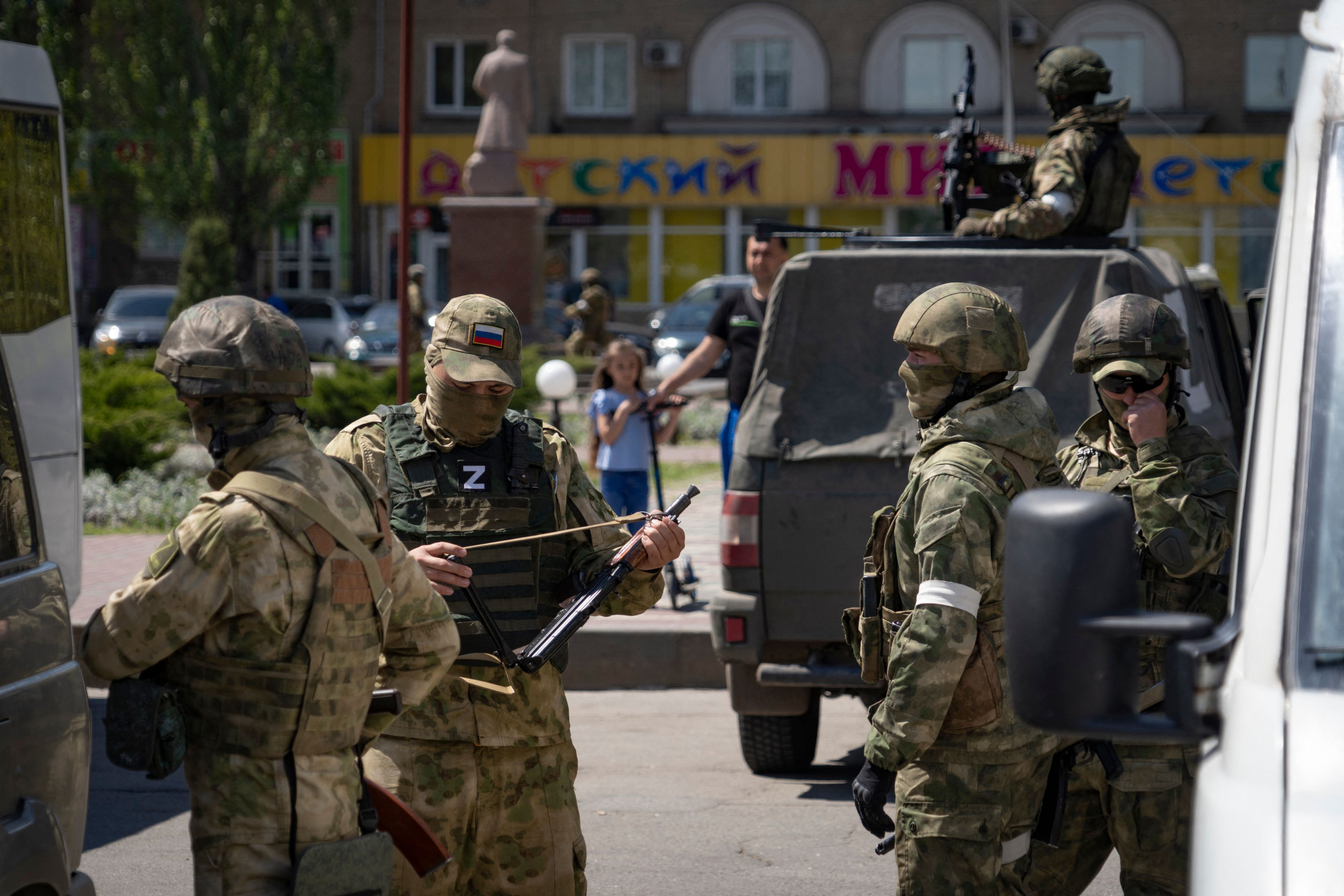 Ukrainian forces blew up a Russian armored train that they said was carrying personnel in the occupied city of Melitopol on Wednesday, according to Ukrainian officials.

The day before, guerrillas in Melitopol claimed they had “eliminated high-ranking Russian servicemen,” according to Ukraine’s Zaporizhia Regional Military Administration. The administration, which shared the findings in a Telegram post on Tuesday, did not specify how and how many of the Russian servicemen were purportedly killed. It also did not identify any of the servicemen by name.

Newsweek reached out to Russia’s Defense Ministry for confirmation on the Melitopol train explosion and the killed Russian servicemen.

The armored train attack and the deaths of Russian servicemen would be some of the newest indications of the Ukrainian counteroffensive’s progress in the Russia-Ukraine War. Ukrainian military officials shared a video Wednesday that they said showed Ukrainian troops destroying a Russian BMP tank and blasting Russian soldiers, while Ukraine’s 45th Air Assault Brigade said earlier this week that its soldiers had bombed a Russian ammo depot and armored vehicles.

Both Anton Gerashchenko, an adviser at Ukraine’s Ministry of Internal Affairs, and Ivan Fedorov, the elected mayor of Melitopol, posted on social media that Ukrainian forces blew up the armored Russian train.

Gerashchenko said in a Twitter post Wednesday that an explosive charge detonated under a train car carrying Russian personnel.

“The railway track are damaged, a number of casualties and fatalities is now being specified,” a translated version of the post read.

Gerashchenko also shared a photo of what appeared to be the targeted train, though no extensive damage was immediately visible in the picture.

“Melitopol partisans together with Ukrainian special services carried out a remote detonation of an armored train of the Russian occupiers,” the post stated, according to a translation.

As for the deaths of the high-ranking Russian servicemen, the Zaporizhia Regional Military Administration alleged in the Telegram post that Russia is now trying to “hide” this development from public view. Members of the Russian military in Melitopol intensified inspections of private vehicles, the administration said, speculating that they were searching for guerrillas.

Newsweek reached out to the defense ministries of Russia and Ukraine for comment.