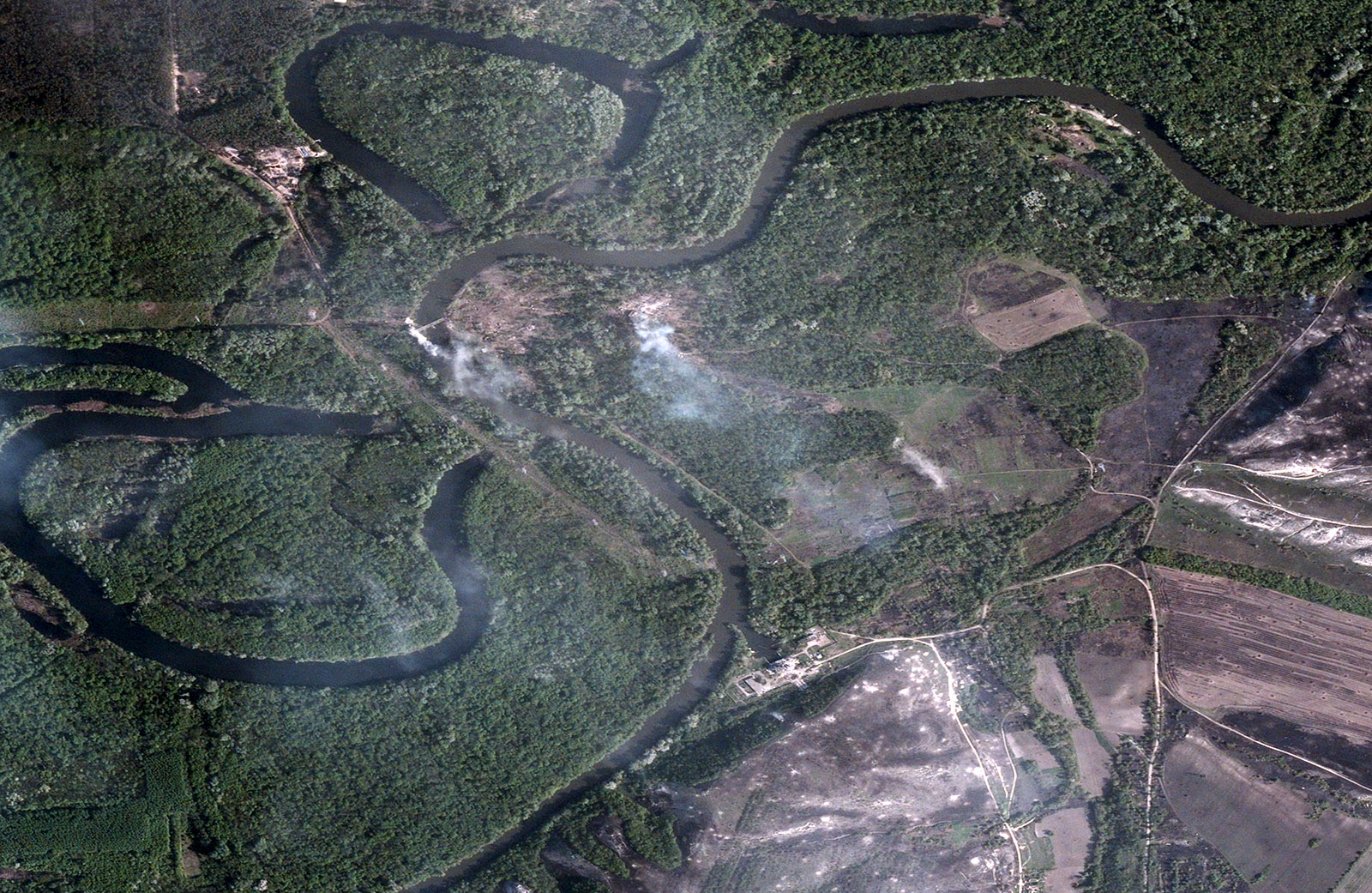 The Ukrainians have – twice in the last 24 hours – stopped Russian efforts to cross the Siverskyi Donets River in the Luhansk region, blowing up two pontoon bridges near Bilohorivka.

A satellite image collected by geospatial intelligence firm BlackSky shows a Russian pontoon bridge crossing the river on May 10 shortly after a Ukrainian artillery barrage hit the surrounding area.

Smoke is seen rising from the western shore of the Siverskyi Donets River at one end of the bridge. On the eastern bank, craters and smoke are also seen on the eastern shore, including around Russian military vehicles that crossed over.

Grainy drone video circulating on social media, geolocated and its authenticity verified by CNN, shows the aftermath of the strikes. The military strikes destroyed the bridge, which is seen half-sunk in the river.

Additional photos circulating on social media, also taken by a drone, show the Russians tried to erect a second pontoon bridge across the river. That bridge, too, was blown up by the Ukrainians in addition to a number of military vehicles.

Traversing Ukraine’s topography – specifically its rivers – has repeatedly proven a logistical nightmare that’s hampered Russian military advances for weeks, across numerous parts of Ukraine. In more remote areas, or in places that bridges have been blown up, they have resorted to utilizing pontoon bridges.

These bridges have been repeatedly targeted and blown up by Ukrainian forces.

CNN has previously reported the bridge first appeared on May 8.

Serhiy Hayday, the Luhansk regional military administrator, said on Wednesday that the Russians are continuing to try to construct bridges across the Siverskyi Donets River. He also said that the Ukrainians have repeatedly blown them up.