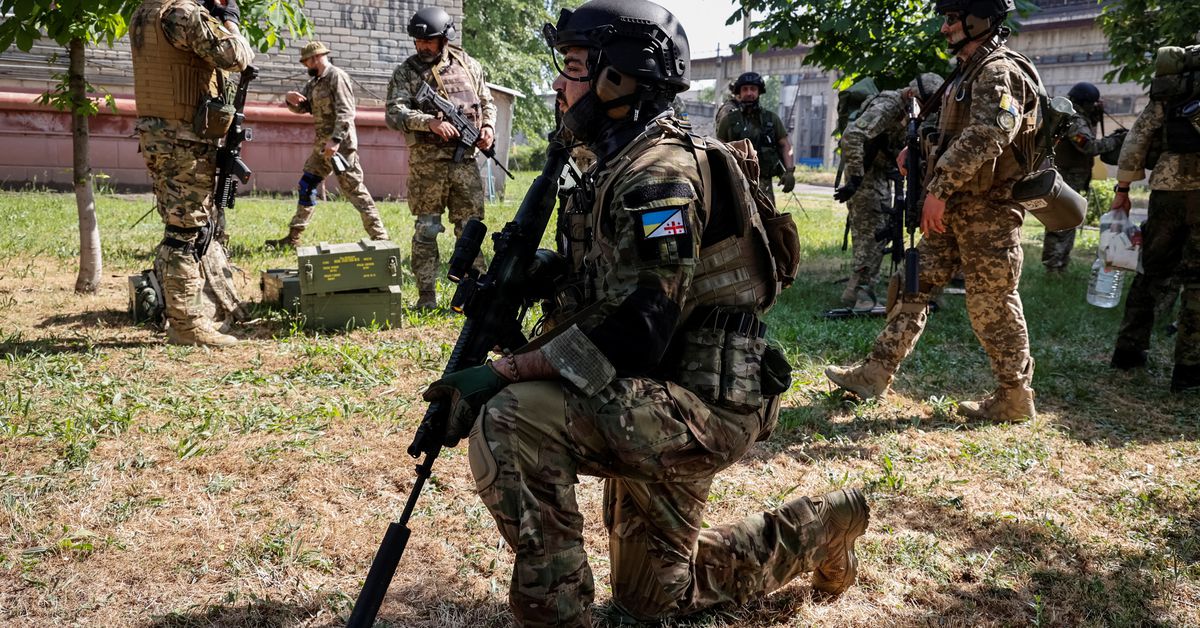 June 3 (Reuters) – Ukrainian forces have recaptured around 20% of the territory they lost in the city of Sievierodonetsk during fighting with Russia, the head of the eastern region of Luhansk said on Friday.

“Whereas before the situation was difficult, the percentage (held by Russia) was somewhere around 70%, now we have already pushed them back by approximately 20%,” Serhiy Gaidai told national television.

Russia has poured forces into the battle for the city which Moscow must capture to achieve its stated aim of holding all of Luhansk province. Ukrainian President Volodymyr Zelenskiy on Thursday said his country’s forces had had some recent success there.

Gaidai said the Russians were shelling Ukrainian positions for hours and then advancing, only to be driven back by defenders who had not been hurt, before repeating the pattern.

“This is how they are moving forward, step-by-step, because with artillery, aircraft, mortars, they are simply destroying everything,” he said.

“But as soon as we have enough Western long-range weapons, we will push their artillery away from our positions. And then, believe me, the Russian infantry, they will just run.”