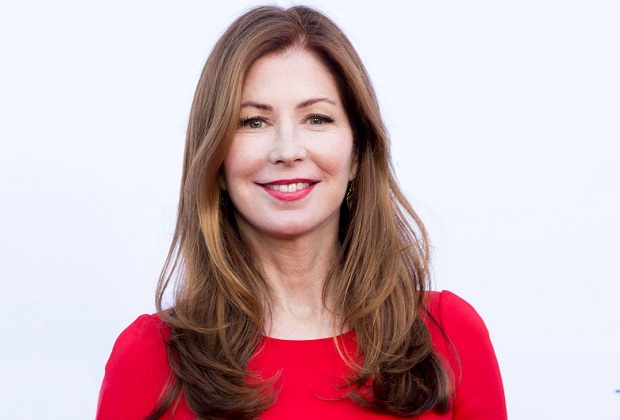 The mob stands no chance against Dana Delany: The Body of Proof and Desperate Housewives The actress has joined Sylvester Stallone’s upcoming drama Tulsa Kingfrom creator Taylor Sheridan (Yellowstone, 1883) and executive producer Terence Winter (The Sopranos), who serves as showrunner and writer.

The series – premiering with two episodes Sunday, Nov. 13 on Paramount + – follows “New York mafia capo Dwight ‘The General’ Manfredi (Stallone), after he is released from prison after 25 years and is unceremoniously exiled by his boss to set up shop in Tulsa, Okla,” per the official synopsis. “Realizing that his mob family may not have his best interests in mind, Dwight slowly builds a crew from a group of unlikely characters to help him establish a new criminal empire in a place that could make him as well as another planet.”

Delany will play Margaret, an affluent and influential equestrian who is a formidable presence and a trustee of the Annie Oakley Society.

* Britt Robertson (For the People, The Secret Circle) has boarded The Rookie: Feds In the series-regular role of Laura Stensen, the youngest person ever allowed into the FBI’s behavioral analysis unit, our sister site Deadline reports.

* Jenna Coleman (Doctor Who) and Oliver Jackson-Cohen (The Haunting of Bly Manor) will star in the Prime Video drama Wildernessbased on BE Jones’ novel about a British couple who seem to have it all… until the wife discovers her husband’s affair and decides to get revenge when he proposes a trip around America’s epic National Parks, per Deadline.

* The End Is Nye will premiere Thursday, Aug. 25 on Peacock, per Deadline. The unscripted series, from EP / host Bill Nye, EP Seth MacFarlane and showrunner Brannon Braga (Cosmos: Possible Worlds), sends Nye “into the most epic global disasters imaginable – both natural and unnatural – and then demystifies them using science to show how we can survive, mitigate, and even prevent them.”