Toyota recalls electric car for faulty wheel that could come loose: ‘No one should drive these vehicles’ 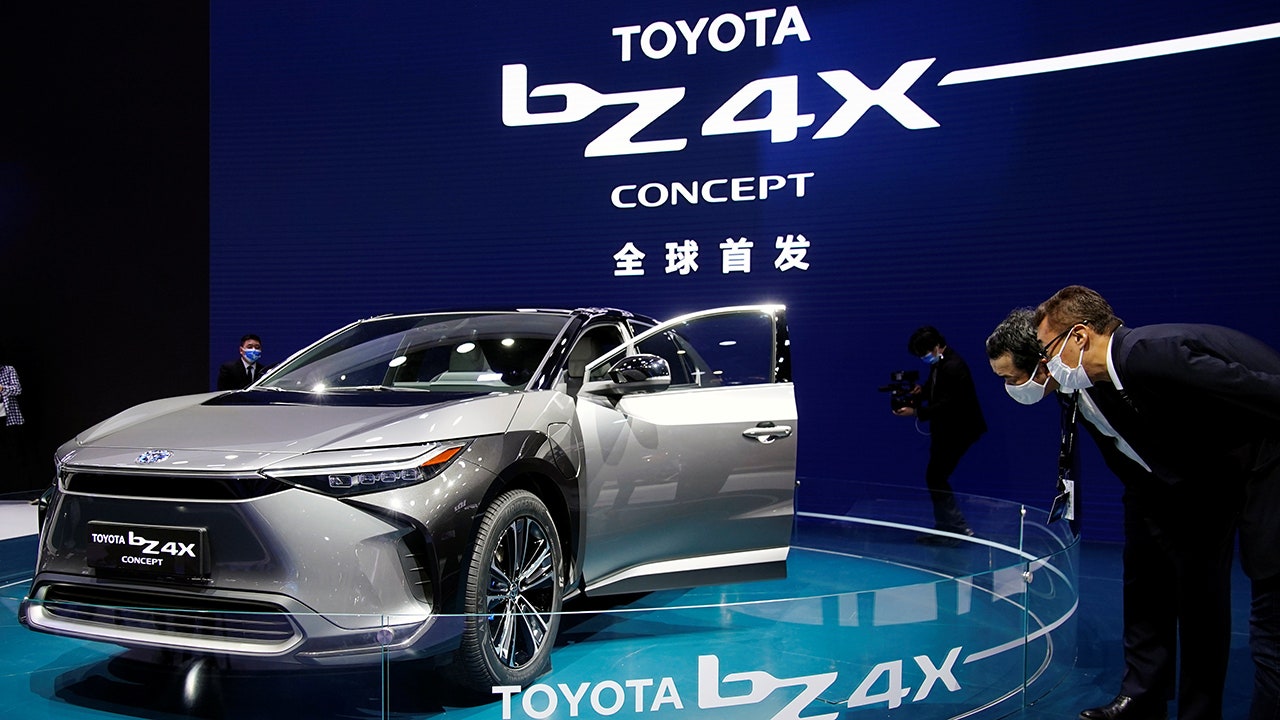 Check out what’s clicking on FoxBusiness.com.

Toyota is recalling 2,700 of its electric crossover vehicles due to wheel bolts that could become loose, causing the wheel to come off.

It is seen as a blow to the Japanese automaker’s efforts to roll out electric cars.

The recall involves the automaker’s bZ4X crossover, which went on sale two months ago.

Toyota is till investigating the cause of the problem.

“Until the remedy is available, no one should drive these vehicles,” the company said in a statement.

The cars involved were produced between March and June.

Toyota is planning to have 30 EV models by 2030, projecting sales of 3.5 million electric vehicles globally that year.

With the rising price of gasoline and concerns about inflation and the war in Ukraine, demand for electric cars is expected to grow.