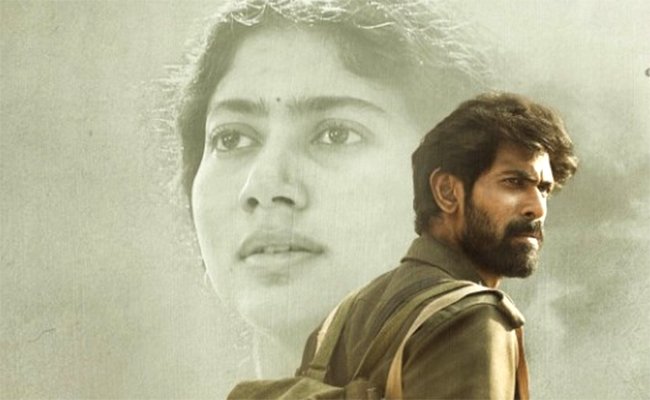 1. Virata Parvam: This film in the direction of Venu Udugula garnered hype initially and received mixed response by the audience.

This film appealed to the serious film lovers who got inclined to the bygone storylines based on naxal movements of the 1990s.

Sai Pallavi’s presence brought more appeal for the film and it stood number one at the box office this week.

The pull factor for this film is very poor on the weekend and it has to be seen how it is going to perform on the weekdays.

2. Vikram: The film is directed by Lokesh Kanagaraj with Kamal Hasan, Vijay Sethupathi and Fahad Fazil in lead roles.

The collections are steady for this film as it appealed to the youth audience by the virtue of its making style. The action episodes and the new age screenplay made the difference.

3. Ante Sundaraniki: The film experienced heavy drop in the weekdays which marred its theatrical run.

Though opened with some expectations, the weekend collection itself was not upto the mark.

The subsequent drop rang the alarm bells for Nani’s theatrical market. Vivek Atreya directed the film with Nazriya in the female lead.

4. Major: Though slowed down, the film has received enough traction from all sections of the audience.

The film based on the biography of Major Sundeep Unnikrishnan with Adivi Sesh and Saiyee Manjrekar did well in the Telugu version and entered into the profit zone.

Shashi Kiran Thikka directed the film. The film also brought recognition to Adivi Sesh in the Bollywood market with this film.

5. F3: The theatrical run of this film has almost come to an end but some theaters are recording admissions especially in the rural areas.

It is all set to hit the OTTs shortly and this proves to be the last week run in theaters.

Venkatesh and Varun Tej played the main leads, while Tamanna and Mehreen stood out as the glamor queens on screen.

The film has a heavy star cast and on a whole it proved to be a comedy entertainer on the screen.