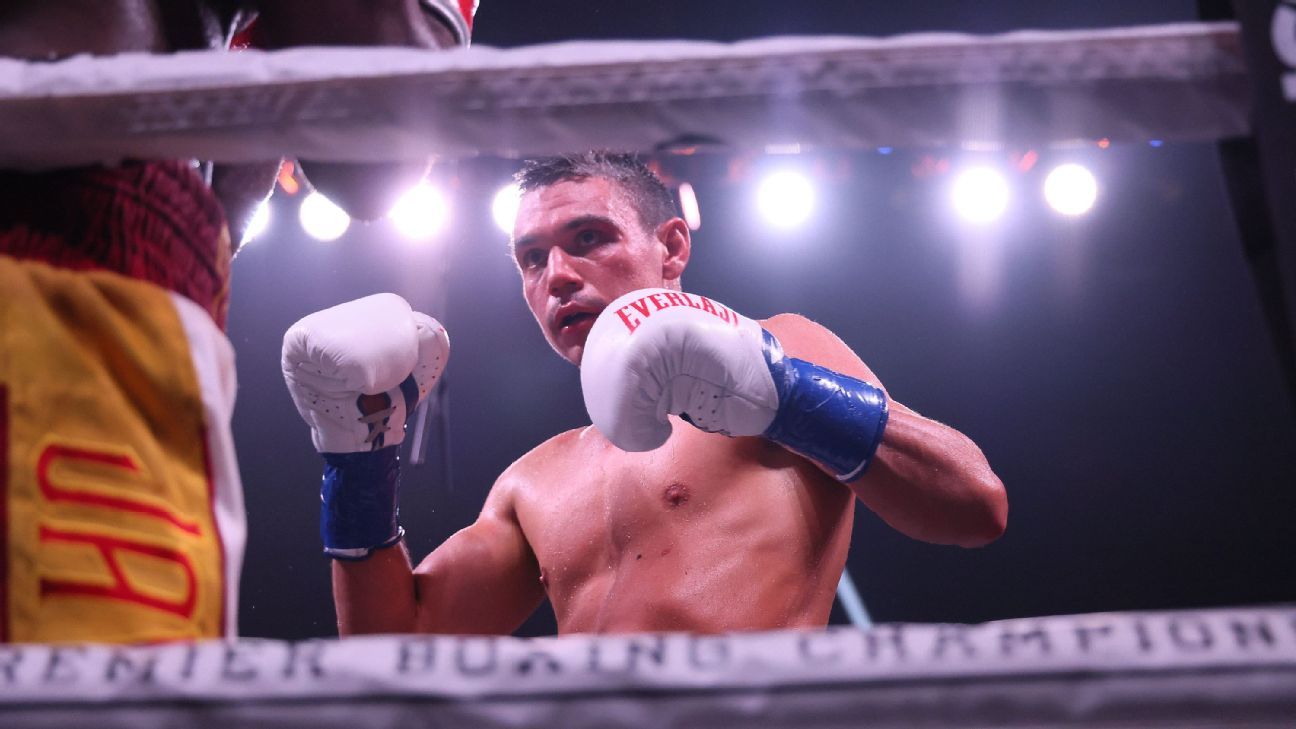 Tim Tszyu is a step closer to a unified mega-fight with Jermell Charlo after the WBO ordered the American to defend his belt against the undefeated Australian.

Tszyu has been the WBO’s No.1 mandatory challenger at super-welterweight for more than a year, prompting the sanctioning body to intervene following Charlo’s victory over Brian Castano last month.

Also the holder of the WBC, IBF and WBA belts, Charlo’s win in California elevated the 32-year-old into boxing immortality as only the seventh man in history to claim four major straps in one division.

Now Tszyu has the chance to emulate his legendary father Kostya, who unified the light-welterweight division in 2001 with a second-round knockout of American Zab Judah in Las Vegas.

The Tszyu and Charlo camps have a deadline of June 20 to make the fight, proposed for August 28, or a purse bid will be held.

“Please be advised that the parties have twenty (20) days upon receipt of this letter to reach an agreement.

“If an accord is not reached within the time frame set forth herein, a Purse Bid will be ordered pursuant to the WBO Regulations of World Championship Contests.

The minimum acceptable bid for the WBO Jr. Middleweight Division is US $ 200,000 (AU $ 278,552). Any of the parties involved may request a purse bid procedure at any time during the negotiation process.

“Please do not hesitate to contact the WBO if you have any questions or concerns.”

Tszyu told AAP last month he would ask his promoters to set up any showdown with Charlo in the US, but it’s understood No Limit Boxing are trying to convince the 28-year-old to let them bring the fight to Australia.