The reason behind Mets’ outfield transformation 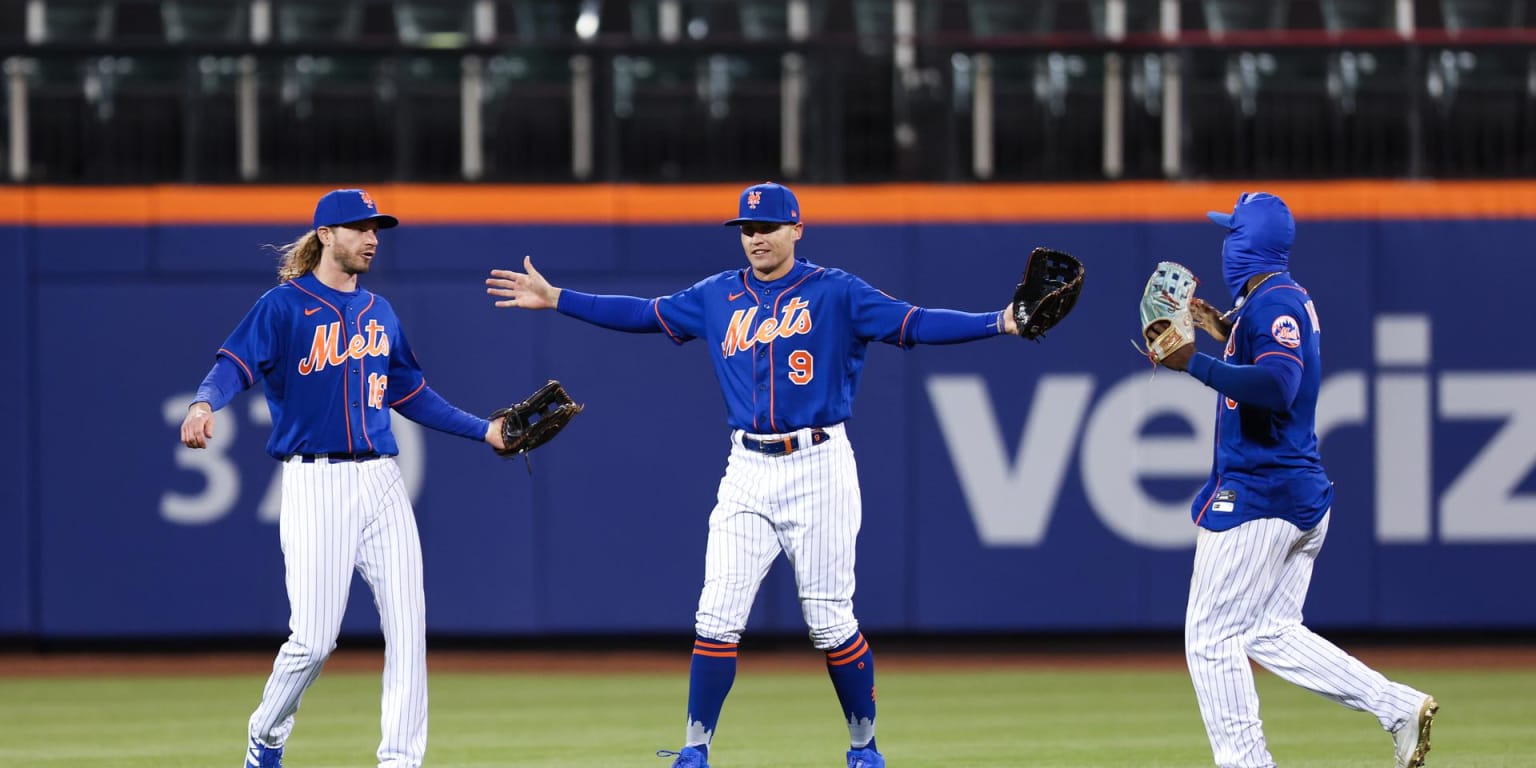 This story was excerpted from the Mets Beat newsletter. To read the full newsletter, click here. And subscribe to get it regularly in your inbox.

It’s not difficult at all to find areas where the 2022 Mets have improved over their predecessors, from making more contact to being better baserunners to probably a dozen other things. It’s how a team that had a losing record in each of the last two seasons is currently sitting pretty atop the NL East, 4 1/2 games up on the Braves.

Today, we’d like to focus on another area of ​​improvement, one that maybe hasn’t quite stood out as much, because you generally notice it the most when it’s not working: Suddenly, the outfield is making the defensive plays it’s supposed to .

That wasn’t true in 2021, when New York’s outfielders had a minus-5 Outs Above Average (that’s the Statcast defensive metric), which was 18th-best. It wasn’t true in 2020, when they somehow managed to pile up minus-7 in one-third of a full season, which was the third-worst. It had been this way for years, really. Between 2016 and 2021, the Mets outfield was a negative every year. It collected minus-28 OAA. It was the seventh-weakest group around.

Until this season, that is. This year, the Mets outfielders are above average for the first time in years. If being plus-2 in OAA and 13th-best doesn’t sound impressive, well, remember the details of that entire paragraph above. It’s not the primary reason the Mets are better, but it’s certainly one of many little ones. Consider it this way: On balls hit at least 250 feet that weren’t home runs, the 2019-21 Mets allowed a .258 average. The 2022 Mets are allowing just a .219 mark.

But why? What’s changed? If we can oversimplify here, we’d briefly point to two big differences.

This is the obvious part, because there are different people. JD Davis, a poor fielder who posted a minus-9 OAA as a left fielder in 2019-20, hasn’t seen the outfield in either of the last two seasons. Dominic Smith, a quality first baseman who was pushed to the grass due to the presence of Pete Alonso, was minus-18 as an outfielder, one of the weakest marks in the game. He has not played outfield once this year after doing so 114 times last year. And if we go back a little further, while peak Yoenis Céspedes may have been a capable fielder, the Mets’ Yoenis Céspedes was, from 2016-18, a minus-23 – again one of the weakest fielders.

There’s more than a little value to gain from simply “stop playing DH / 1B types in the outfield,” of course. Then again, that also does a disservice to the players who are out there in 2022. Brandon Nimmo (plus-3 OAA), consistently underrated as a fielder, has stayed healthy enough to cover nearly 83 percent of the innings in center field – After a season in which he was there just 49 percent of them, leading to more playing time, but less effective defense, from Kevin Pillar and Albert Almora Jr. New addition Mark Canha (plus-2) has been steady, and even though the metrics don’t love Starling Marte (minus-2), when your weakest rated outfielder is barely below-average, you know things are going well.

This is a little harder to get to in a brief look, but the effects are real. Start with center field, where the Mets are playing considerably deeper. In 2019-20, for example, New York center fielders started 316 feet from home plate; This year, it’s 327 feet, or the fifth-deepest. Whether that’s it better or worse is a complicated question. But it’s differentin a year when the outfield defense has been more successful.

There’s also the matter of moving fielders around. You might notice that in 2020, against lefty batters, the Mets outfielders began in anything other than a standard alignment just 2 percent of the time. (Think a heavy shift, a four-man outfield, etc .; anything that’s not “the regular spots.”) This year, that’s up to 13 percent. They’ve allowed a .220 average when they do it … and a .310 when they don’t.

It is, as usual, a combination of several things. Poor fielders are gone; better fielders have remained healthy; the support staff is more willing to try some new ways of positioning; and, oh by the way, we’ve entirely neglected to point out that the pitchers aren’t exactly allowing rockets, either (sixth-lowest hard-hit rate). It’s not the most important reason the 2022 Mets are successful. But it’s one worth highlighting, nonetheless.