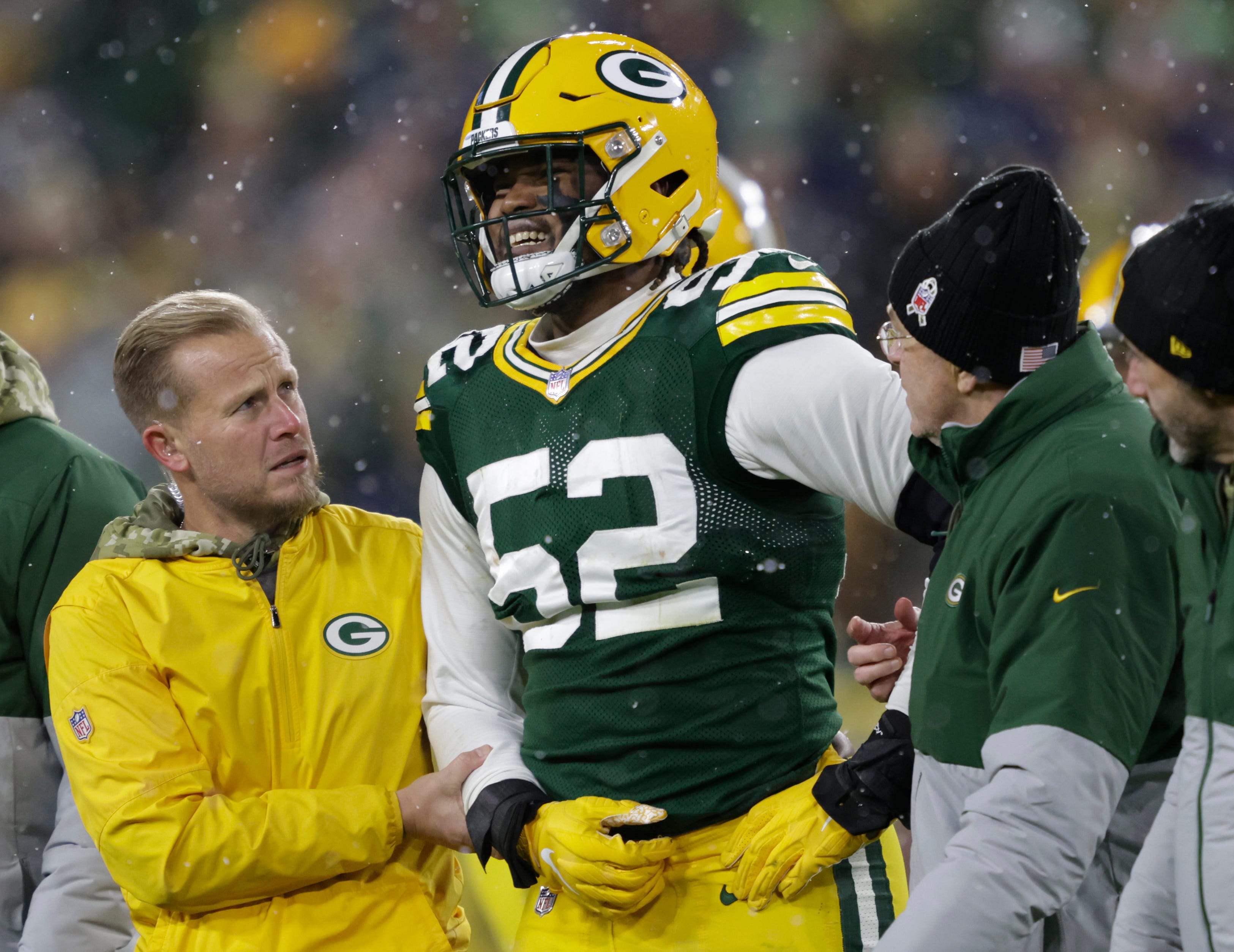 The Green Bay Packers have emphasized defense in their recent NFL Drafts. Since 2012, the Packers have selected 12 players in the first round of the NFL Draft and 11 of them were defensive players. The only exception was quarterback Jordan Love who the Packers took in 2020.

But a quick look at the Packers potential 2022 starting defense shows the team could line up with seven former first-round picks this year. This indicates the potential that the defense has at all positions.

The defensive line features two-time Pro Bowler Kenny Clark. The former UCLA star is one of the few interior defensive linemen who can both occupy blockers to stuff the run and penetrate the backfield to get pressure on opposing quarterbacks.

For years, Clark was considered the only elite talent at a position the Packers lacked depth at but this year, GM Brian Gutekunst added Devonte Wyatt with the 28th overall pick in the 2022 NFL Draft. Wyatt is likely to become a starter before the season is over and should be a part of the defensive line rotation before that.

The former Georgia star has a great first step off the ball and has the versatility to line up in different places along the line. His presence should prevent offenses from concentrating exclusively on blocking Clark and will help defensive coordinator Joe Barry line up players in different spots along the line to create favorable matchups.

At outside linebacker, the Packers have Rashan Gary. The Michigan alum is entering his fourth year in the league and has improved each season. Gary has a strong work ethic, football intelligence and the desire to get better. He led the team with 9.5 sacks and got consistent pressure on opposing quarterbacks. Gary seems primed to earn his first Pro Bowl berth this season if he continues to develop.

On the inside, the Packers added Quay Walker with their first selection in the first round this year. Walker is expected to start next to De’Vondre Campbell who became the Packers first All Pro at inside linebacker since Hall of Famer Ray Nitschke back in the Lombardi Era.

Walker has great quickness and is a sure tackler. He reminds many scouts of Campbell when it comes to physical tools. Barry is hoping to play with two inside linebackers on the field much more often this season, resulting in fewer light boxes. That should keep offenses guessing more often and improve the Packers run defense which still gave up 4.7-yards per rushing attempt last season.

The secondary features three number one draft picks as starters already. Jaire Alexander had become one of the best cover corners in the league with his speed and coverage ability. The former Louisville star earned Pro Bowl honors in 2020 despite intercepting only one pass all season. His speed and confidence help make him a shutdown cover corner and his attitude sets the tone for the defense as a whole.

Unfortunately, Alexander suffered a shoulder injury in Week 4 last season when tackling Pittsburgh’s Najee Harris. He returned for the Packers playoff game against San Francisco last season but only played a handful of plays. His return should give the Packers an outstanding trio of corners this season.

Second-year man Eric Stokes is another former first round pick starting on defense. He will join Rasul Douglas and Alexander as the team’s top trio of cornerbacks. Stokes has blazing speed and the desire to improve.

Stokes was forced into the starting lineup after early-season injuries to Kevin King and Alexander. He started 14 games and allowed opposing quarterbacks to complete just 49.5 percent of their passes when throwing to receivers covered by the former Georgia star according to pro-football-reference.com. He also broke up 14 passes last season.

If Stokes can improve his ability to track the ball in the air, he has the potential to become a strong starter for the Packers secondary for years to come.

Darnell Savage is the third former first-round pick starting in the Packers secondary. He was selected the same year as Gary and has been starting at safety since his rookie campaign.

Savage played his best football in the second half of the 2020 season. He was making plays close to the line of scrimmage when he was put in the box and had a knack for making big plays in the secondary.

In 2021, Savage took a step back and was more inconsistent in his first year in Barry’s defense. If the Maryland alum can be more comfortable in Barry’s defense in year two, he may be able to return to the higher level he was playing at in 2020.

Obviously, having seven former first round picks as starters on defense means the Packers should have raw talent and athletic ability throughout the lineup. But potential does not necessarily equal production.

As Jaire Alexander said during the mandatory minicamp, “We’ve got to play a game first, but we’ve got all the pieces.”

Now it’s up to the coaching staff to make sure all those pieces come together. If they do, the Packers could have their strongest defense since their last Super Bowl-winning team in 2010.