The Outfit May Not Be Perfect, But It Works Perfectly 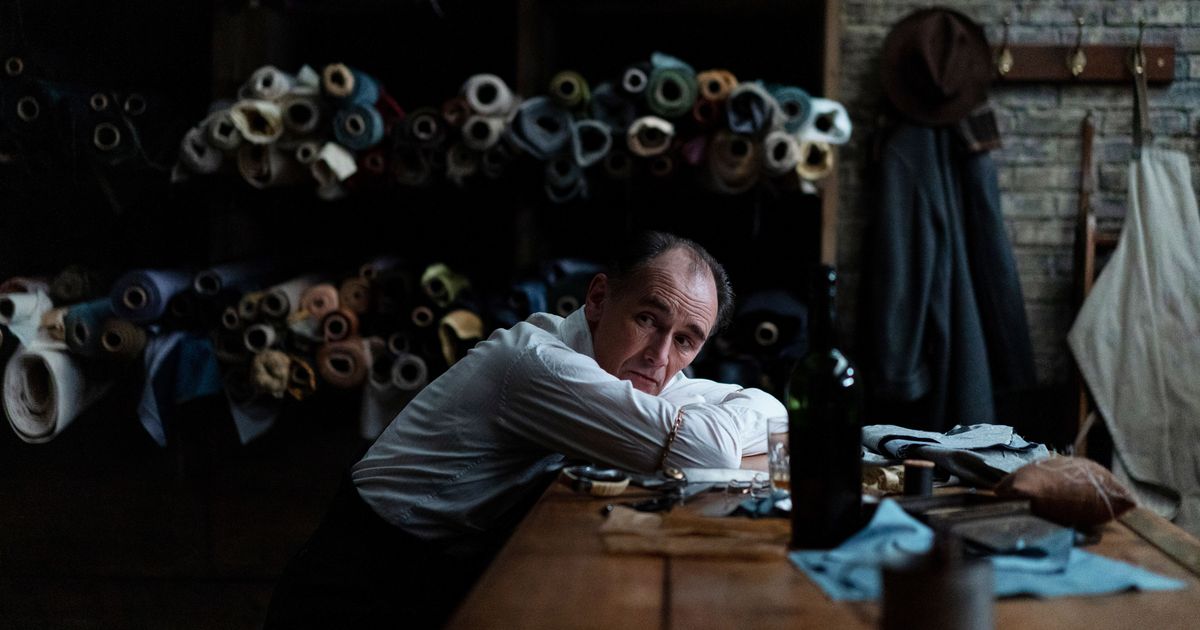 The Outfit is a movie cut and tailored to Mark Rylance’s quivering intonations, to his pursed lips and fragile presence. But also to the sense that beneath that meek exterior of his lies something more – a great, complex hurt, perhaps, or a cold, cruel obstinacy. Rylance is one of those actors who feels both immediately approachable and unnervingly impenetrable. Which makes him ideal for a movie in which we have to keep watching his face and wondering what the hell is going on behind those ever-observant eyes.

Graham Moore’s tight little gangster thriller, set in postwar Chicago, confines itself to one small location: the interior of a bespoke men’s suit shop catering to local gangsters who also use it as a drop-point. Characters drift in and out, and stay behind, and disappear, sometimes with less-than-convincing reasons. At a certain point, it becomes clear that director and co-writer Moore (an acclaimed thriller novelist who won an Oscar for his screenplay for The Imitation Game) is working maybe a little too hard to keep the action and the characters limited to this one location; you can, as it were, see the seams. But you might not care, because Rylance and the rest of the game cast make it all so fun.

The mechanics of the story are best left unexplained beyond the initial premise. Over the course of one night, the shop’s mild-mannered owner, Leonard (Rylance), a master British cutter (don’t you dare call him a mere “tailor”) is thrust into the aftermath of a gangland shootout involving the hotheaded son (Dylan O’Brien) of a local crime lord and Francis (Johnny Flynn), a right-hand man who is both intensely loyal to his boss and intensely suspicious. Rylance carries the movie and then some, but he’s aided by his lively co-stars. Flynn in particular brings to Francis the smugness of someone who’s seen and done everything for a cruel man, but we do wonder if there’s any resentment slowly stewing under all that loyalty. We size him up just as Leonard does.

There is more to Leonard, of course, than the soft-spoken craftsman we’re presented with. (There’d be little point in watching, or making, the movie otherwise.) He says early on that he fled Savile Row in England because of an invasion of “blue jeans,” but we can tell he’s hiding something. Brief snippets of what appears to be a traumatic, fiery flashback help add to the mood of uncertainty that hangs over him. Moore, to his credit, keeps such tactics to a minimum, instead letting the drama slowly unveil Leonard’s past.

The Outfit would probably work nicely as a stage piece. (I was genuinely surprised to learn that it wasn’t based on a play.) But it works fine as a movie, too, with Moore luxuriating in the textures of his milieu. We can feel the fabric and hear the crisp cuts Leonard makes. We’re trapped in this place, but it’s not unpleasant – a cozy kind of claustrophobia. Still, the inherent theatricality of the setting allows performers to go broad in ways that might ring false in a more naturalistic backdrop. The suit shop is a small space, so gestures and glances take on greater importance, as do the occasional shifts in the tone with which people speak. In a more authentic milieu, or a more expansive story, these performances might have read as too arch. Here, they draw our attention and make us ponder what’s coming next.

The twists come early and often in The Outfit, and they’re not exactly unpredictable. The picture turns not on surprise but on anticipation. The whole film is structured around a voice-over from Leonard describing all the many invisible details that go into making a proper suit. That’s clearly a metaphor, and maybe even a blunt one (the “outfit” of the title has multiple meanings, it will surprise nobody to learn) for all the many reveals of the story itself. One of the pleasures of a film like this is the knowledge that a new fold is always coming. Seen in that light, occasional narrative implausibilities (of both the psychological and physical kind) recede into the distance. The Outfit is imperfect, but it works perfectly.