The Northman, Fire Island, and more new movies you can watch at home this weekend 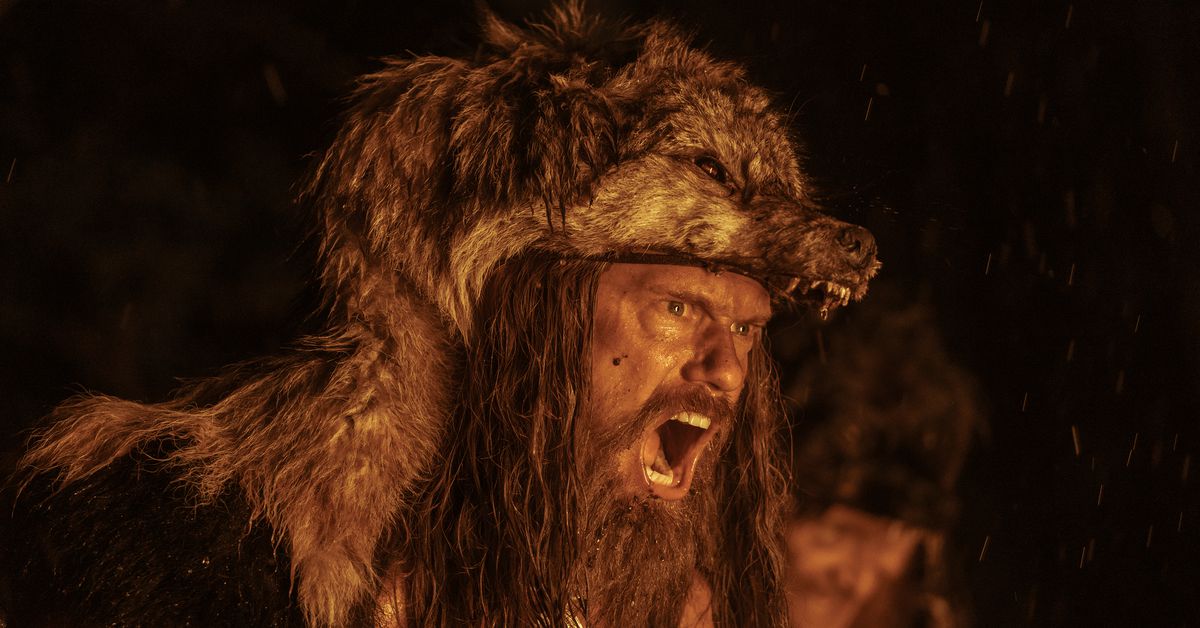 Happy Friday, Polygon readers! This week is light on new movies on VOD or on streaming services like Netflix, Hulu, and Disney Plus, but we’re here nevertheless to run through the options available to watch at home.

This week includes The Northman’s streaming debut on Peacock, a modern gay Pride and Prejudice adaptation on Hulu, a new action movie on Netflix, Disney Plus’ Stargirl sequel, and more to check out. Let’s dive in.

Where to watch: Available to stream on Peacock

Robert Eggers’ visceral historical revenge drama The Northman tells the story of Amleth (Alexander Skarsgård), the son of a deposed king (Ethan Hawke), who flees from his home after his father is betrayed and murdered by his uncle Fjölnir (Claes Bang). Destined to avenge his father’s death, Amleth journeys to Iceland disguised as a slave and, with the aid of a sorceress named Olga (Anya Taylor-Joy), enacts his plot for vengeance.

The violence that follows (and precedes) Amleth’s arrival in Iceland is gory and graphic, and Eggers films Viking raids on humble villages in impressively choreographed tracking shots that glide through the blood, mud, and gurgling death rattles of dozens of sackcloth-clad extras. The dialogue similarly blends savagery with bombast: One character chokes out a death curse, promising to plague his killer until “a flaming vengeance gorges on your flesh.” Another optimistically tells a friend, “together we will rage on the battlefield of corpses.” Place all this against the majestic Icelandic landscape and an aural backdrop of booming drums and deep bass chants that roll in like a thunderstorm, and the effect is appropriately awe-inspiring.

Where to watch: Available to stream on Hulu

Joel Kim Booster stars in this modern gay Pride and Prejudice adaptation directed by Andrew Ahn and written by Booster. It follows a group of friends who travel to the vacation spot Fire Island for one life-changing summer. With Booster, SNL’s Bowen Yang, and Margaret Cho, it promises to be a hilarious and gay romp.

Where to watch: Available to stream on Netflix

The American-Australian action drama Interceptor stars Elsa Pataky as JJ Collins, a resilient and battle-hardened army captain who is put in charge of a nuclear missile base in the middle of the Pacific Ocean after being dismissed from the Pentagon. When terrorists mount a coordinated attack on the base, Collins is forced to use her years of tactical training to thwart the machinations of a former intelligence officer and prevent nuclear annihilation.

Fantastic Beasts: The Secrets of Dumbledore

Where to watch: Available to stream on HBO Max

The carcass of the Harry Potter franchise lurches forward with the third installment in the Fantastic Beasts series. It is now available to watch on HBO Max.

Newt’s convoluted, anticlimactic quest to secure and deliver his precious cargo lacks the delighted curiosity that lent the first Fantastic Beasts a much-needed bump in charm. One creatively staged setpiece pits Newt and his brother Theseus (Callum Turner) against a crustaceous leviathan in a panopticon-style prison tower, where the boys engage in a silly crab-walk, reminding viewers that playing funny every now and again won’t hurt anyone. Apart from that, Newt’s piece of plot has the same blandness as its aesthetic: Series director David Yates conveys that this part of the story is set in the past by grading everything to a desiccated gray or brown. It’s difficult to imagine a real-life child being dazzled by this movie, and it’s depressing to realize that the intended audience here is probably IP loyalists too old for kid stuff, yet unwilling to leave this universe behind.

Where to watch: Available to stream on Disney Plus

Director Julia Hart (Fast Color) returns for this sequel to the 2020 Disney Plus movie Stargirl. Like the first adaptation, this one significantly sways from the source material: Hollywood Stargirl is a straight sequel to the movie and not an adaptation of the original novel’s sequel, Love, Stargirl. When her mom, Ana (Judy Greer), is hired to work on a movie, Stargirl (Grace VanderWaal) uproots her life and makes new friends in Los Angeles.

Where to watch: Available to stream on Criterion Channel

Tom Surgal’s 2018 documentary Fire Music charts the evolution and legacy of free jazz, one of America’s experimental and innovative art forms. Showcasing the likes of John Coltrane, Albert Ayler, Cecil Taylor, Ornette Coleman, and Sun Ra, Fire Music is a kaleidoscopic dive into the world of the 1960s jazz scene that draws a direct line from the avant-garde of then to the experimentation of now.

Karen Dalton: In My Own Time

Where to watch: Available to stream on Criterion Channel

This documentary about the legendary singer premiered in 2020, had a limited theatrical run in 2021, and now makes its streaming debut in 2022. A highly influential musician that inspired Nick Cave (who features in the documentary), Joanna Newsom, and many others, Dalton never reached the level of fame and popularity as many of the artists that followed in her footsteps. This documentary promises an inside look for old fans and an introduction for new ones.

Where to watch: Available to rent for $ 5.99 on Amazon and Vudu

This new horror movie produced by Blumhouse is shot entirely with an iPhone and a dashboard camera. It follows a musician (played by real-life musician Annie Hardy) who leaves the US for the United Kingdom to avoid pandemic lockdowns. When she picks up an unexpected passenger on the road, things take a turn for the worse.

Where to watch: Available to rent for $ 5.99 on Amazon, Apple, and Vudu

The latest version of “high school zombie comedy” comes from Marcus Dunstan, co-writer of the fourth through seventh iterations of the Saw franchise. In Unhumana group of high school students survive a bus crash only to find zombies where they crashed.

Where to watch: Available to rent for $ 3.99 on Amazon, Apple, and Vudu

Direct-to-video master Jesse V. Johnson (Hell Hath No Fury, Avengement) returns with this crime thriller. Michael Rooker stars as a former Marine who now works for the mob and is ordered to murder a police officer (Olga Kurylenko) who saw an attempted assassination by mob boss Arnold Solomon (Bruce Willis). Johnson, a former stuntman who worked with Willis earlier in their careers, spoke with the LA Times about the movie and why he didn’t feel comfortable making more movies with Willis after this experience.