The most controversial moments of Amber Heard&apos;s testimony 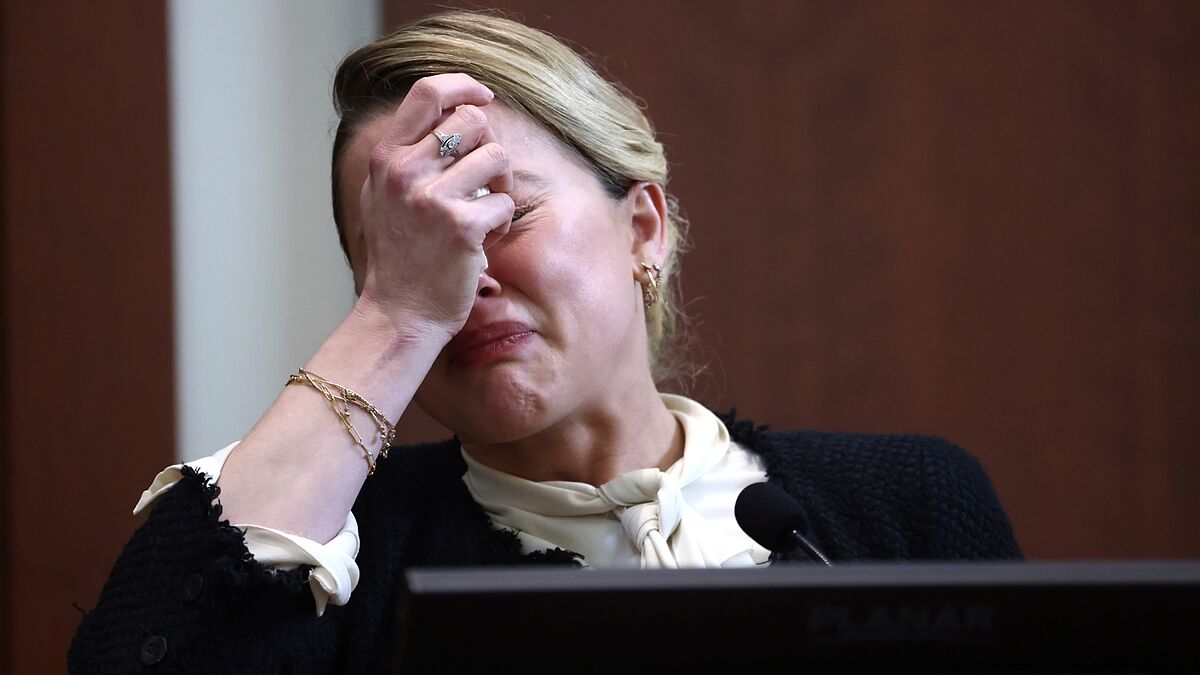 Amber Heard testified for two days in Johnny Depp’s libel lawsuit against her this week. Heard’s testimony follows that of several other witnesses, including Depp, who testified for four days last month.

Heard claimed Depp hit and abused her numerous times while on the stand, and her testimony was frequently graphic. She also discussed how they met and how their relationship developed. The following are some of the most shocking moments from her testimony thus far.

Heard claimed she had gone to Depp’s office to audition for a film he was producing, but it turned out to be a long meeting where they bonded over books, music, and poetry.

The bruises on Amber’s arm

In court, a photo of a bruise on Heard’s arm was shown, and she described the incident that allegedly caused it, alleging that Depp slapped her and that walking away “made things worse.”

“We got into a shouting match. And he kind of did this thing with his body where I could tell he was going to hit me again,” she said. Heard claimed she picked up a vase and hurled it at Depp.

“And I actually managed to get away before he got me. He grabbed me by the arm and he kind of held me on the floor screaming at me. I don’t remember how many times he hit me in the face, but I remember being on the floor of my apartment and I’m just – I remember thinking how could this happen to me again? ” she said.

She painted Depp in a Dr. Jekyll / Mr. Hyde light

“And that other thing was awful, awful thing that would come out and take over and it was you couldn’t see the Johnny I loved underneath it,” Heard said.

Depp, she claimed, would pass out in his own vomit, lose control of his body, and have others clean up after him, including her. The actress added that Depp would “get clean and sober” before returning to making her feel loved once more. Heard considered leaving Depp, but was unable to.

Depp allegedly threatened to kill her

Heard claims that during a family vacation on a yacht, Depp believed she told his children that he was “a drunk,” which led to a physical altercation and Depp threatening to “f *** ing kill” her.

Heard stated that she and Depp’s daughter, Lily Rose, had not discussed Depp’s drinking. Nonetheless, he accused her of it and became enraged.

Depp allegedly ripped off her clothes and conducted a “cavity search” of her body, according to Heard, who looked visibly disgusted. He was allegedly looking for his cocaine, according to her.

“I was wondering how I, somebody who didn’t do cocaine and was against it – that was in and of itself causing problems in our relationship – how could I hide, why would I hide his drugs from him?” she said. “Like, he was insinuating that I was doing it or something? It made no sense. And he was telling me, we’re going to conduct a cavity search. Like, just shoved his fingers inside me. I just – I just stood. there staring at this light. I just stood there, while he did that. “

Heard detailed several incidents in which she claimed Depp had physically abused her, with some of her testimony becoming graphic. He allegedly repeatedly punched the back of her head, screaming “I f *** ing hate you” over and over.

Depp allegedly grabbed her again and continued to hit her head and wrestle her to the ground, according to Heard.

“I mean, it felt to me I didn’t even have a fair shot because I wasn’t even really I wasn’t facing him or looking at him I was walking away from him. Or else, I would’ve at this point – I would’ve tried to defend myself more, but I didn’t, “she said.

The trial of Heard will resume on Monday, May 16. Depp’s lawyers have not yet conducted a cross-examination of her.