The Depp-Heard trial is monstrous. It’s just the start. 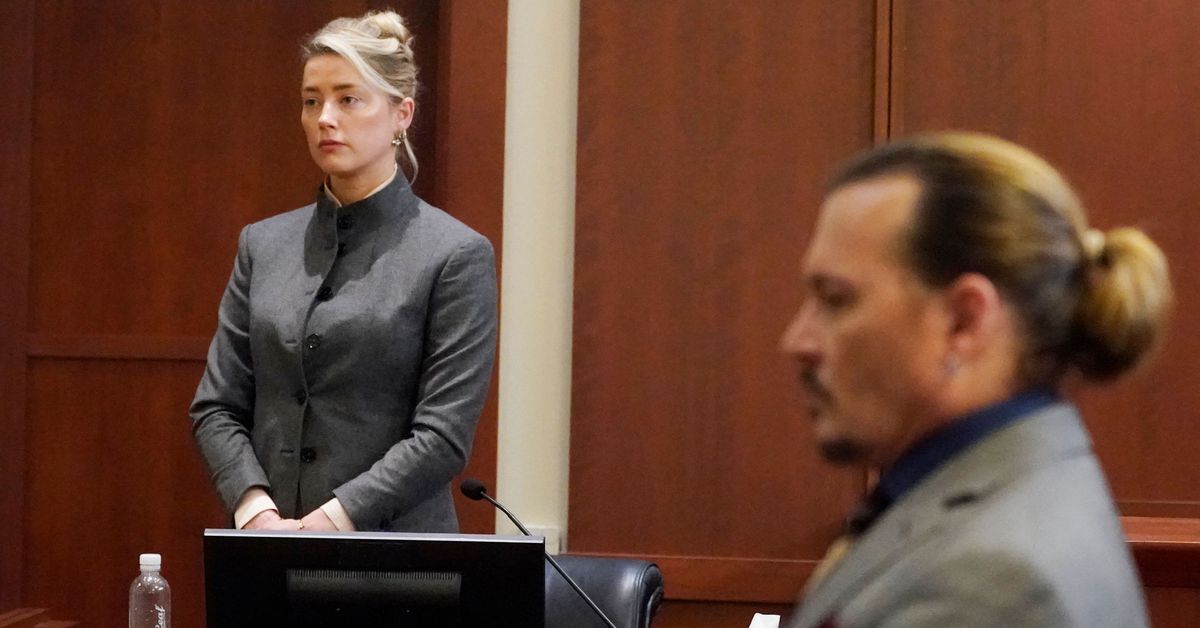 Around the third or fourth time I logged into Twitter to find “#AmberHeardIsAPsychopath” at the top of the trending list, I realized that there was no longer any pretending that the Depp-Heard defamation trial was not a terrible, foreboding reflection of our culture’s worst impulses.

The media has covered the degree to which this trial has served as a referendum on the Me Too movement and a siren call to domestic abusers.

The narrative of the trial has been shaped in part by what appears to be, according to multiple researchers, an army of bots spreading rhetoric favorable to Depp. The work of those bots has been further amplified by “men’s rights activists” – the part of the far-right-leaning extremist “manosphere” that seems to have decided to discrediting Amber Heard is the key to destroying every woman who accuses men of abuse or domestic violence.

Conservative media outlets have also promoted a one-sided narrative of the case; Vice recently reported that Ben Shapiro’s popular conservative news platform the Daily Wire has spent nearly $ 50,000 promoting ads about the trial on Instagram and Facebook – most of it trashing Amber Heard. The presence of these bad actors has, if anything, only exacerbated the vitriol Heard has received within the mainstream.

Trial memes – almost universally weighted against Heard – have taken over every corner of the internet, from TikTok to Twitch to Etsy. Even Saturday Night Live has lampooned What has been portrayed as the many excesses and absurdities of the trial testimony, and social media users have similarly found the trial ripe for parody. On TikTok, for example, totally unrelated accounts seem to have given themselves over to full-time Depp-Heard trial mockery, to the point where the actual substance of the testimony seems completely irrelevant beside the need to mine the proceedings for entertainment. Sure, Amber Heard cried while on the stand, but did you see how ridiculous she looked while doing it?

To put it mildly, this surreal explosion of internet culture vilification of Heard feels dispiriting and troubling. What made so many millions of people feel so justified in treating such a personal, toxic relationship like popcorn fodder? At what point before the bot armies and men’s rights activists poisoned the well of discourse around this trial could a reasonable assessment of the evidence and the facts have been made? Did that point ever exist?

Most of the reporting on these memes has placed the blame for their sensationalist tone squarely on the evolution of fandom content creation. But recall that the white supremacist alt-right movement has a long history of memeifying everything they want to normalize and legitimize, and keep in the forefront of your mind that the alt-right latched onto this case as its bulwark long before fandom and the internet at large did. By now, after years of political disinformation campaigns, we’re used to social media’s natural ability to contort reality. Rarely, however, has it bent this far, this rapidly, for this many people, in service of something this vile.

Again and again over the course of this trial, basic human empathy seems to have completely flown out the window. More than that, nuance feels impossible, and there doesn’t seem to be room for even the reality of the situation. The contours of the abuse were well-established before the 2018 opinion column Depp is suing over was published. The basic facts of the case have gotten their day in court once already, having been heard in a British court in 2020, with the judge finding in Heard’s favor. But the basic, well-established facts do not seem to matter.

The facts do not seem to matter to any of the people who have gleefully latched on to the image of Heard as a manipulative villain, as if she split her own lip, punched her own face, and pulled out clumps of her own hair.

What we’re witnessing here are the dramatically compounded effects of internet researcher Alice Marwick’s theory of morally motivated networked harassment, which holds that a group of social media users can justify any amount of abuse directed at a target if they feel their cause is morally right. . At scale, this looks like, and effectively is, millions of people around the world lining up to eagerly subject one woman to untold amounts of abuse, public humiliation, and violent rhetoric. (Incidentally, this is exactly what Depp wanted to happen to her – so even if he loses the case, he still wins).

To be clear, this isn’t an easy story of good and evil. It’s impossible to completely absolve Amber Heard, who has her own alleged history of violence, or frame Depp as a monster incapable of kindness, charity, and the positive energy that amassed him millions of fans to begin with. Yet you don’t need to do either of those things to acknowledge that this is a case about the deeply unfunny topic of intimate partner abuse and that the major points of this trial have already been decided in one court of law. The judge at the first trial in 2020 found Heard had proven 12 of 14 allegations of abuse. So far none of the trial testimony has substantially contradicted anything in Heard’s original claim of being a domestic violence survivor.

Culture critic Ella Dawson has a Twitter thread compiling reporting on the myriad ways in which this trial is not only destroying years of progress made against domestic abuse in the US, but also laying the groundwork for a culture in which bots and bad actors harass, vilify, and eviscerate all other prominent women who publicly name their abusers – like Gamergate, but times tens of millions of participants, and gleefully endorsed by people all across American culture.

That, above all – above the TikTok cat memers mocking Heard and Saturday Night Live dismissing the whole trial as “for fun” – is what’s absolutely jawdropping here. This trial, which amounts to a simple yes / no question over whether Heard had the right to call herself a victim of domestic abuse in a single sentence from that 2018 opinion piece, has somehow united far-right misogynists with middle-of-the- road liberals and geeky progressive fandom acolytes of Depp.

People who have spent the last decade hashtagging #believewomen, fighting online harassment campaigns, and, especially, resisting white male supremacy have, over the course of this trial, crawled into bed with the vilest kinds of internet refuse – at least 11 percent of whom don’t actually exist, according to one bot researcher – possibly all because they really like Captain Jack Sparrow.

The sheer volume of this cultural takeover by Depp acolytes has created a seismic value shift to a degree that may be unalterable. Trial watchers seem to be welcoming misinformation about the trial while doing everything they can to reject or undermine actual documented facts of the case.

Some of the arguments made against Amber Heard sound like QAnon-level conspiracy rabbit holes. (Amber Heard’s trial outfits, for example, have somehow become part of a sinister narrative in which Heard is a manipulative abuser attempting to rattle and intimidate Depp by mimicking his own trial suits.) This trial has accomplished what our enraged, paranoid ideological fringe could. not: a complete dismantling of the ideological breakdown that has divided us politically, and the general public acceptance of a narrative created and controlled by bad actors and far-right extremists.

The Depp-Heard trial has refined the Gamergate playbook in a way that will haunt us for years to come. It’s proven to extremists that if you rally around the right beloved public figure or institution, blanket them in a protective sphere of outrage and misinformation, and weaponize fandom culture – already so prone to ideological radicalization and irrational groupthink – you can successfully push whatever media narrative you want into the mainstream.

There’s no coming back from this. The actual trial verdict is all but irrelevant now. It’s not just that Amber Heard will forever be an imperfect accuser whose own volatile history was used to help destroy a revelatory movement in Me Too. It’s that there will be other Amber Heards, and many of them will be marginalized, with far fewer resources to withstand this onslaught of hate.

It’s not a coincidence that this spectacle is playing out against a backdrop of perpetually escalating racist violence and the rapid erosion of decades of human rights for women, queer, and trans people. The Depp-Heard trial has just trained millions of people to discard their own empathy, their own rational judgment, in exchange for the gleeful mockery, rejection, and belittlement of a woman making herself vulnerable in public. If you don’t think that training will be weaponized against vulnerable targets, you haven’t been paying attention.