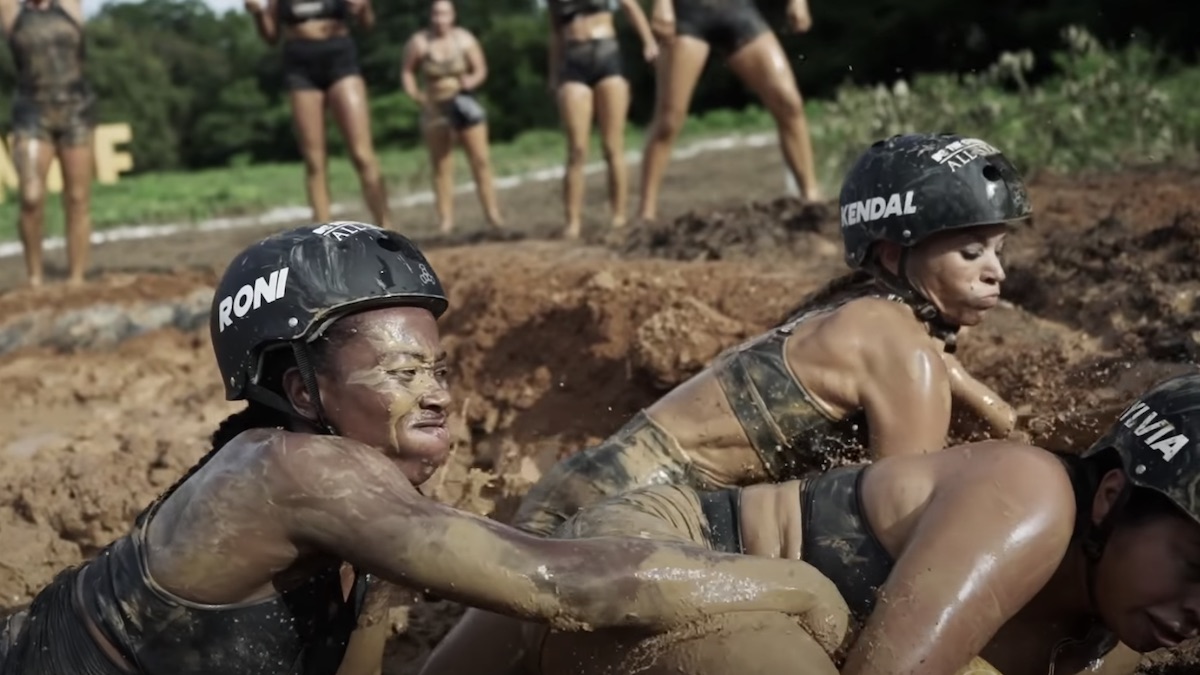 The Challenge: All Stars 3 is just a few deep episodes and has already packed quite a punch with the various storylines. However, a new trailer has arrived, previewing more of the drama and mayhem on the way for the OGs.

It includes glimpses of some heated rivalries, intense strategies, and what appears to be a brutal injury for one of the competitors during an elimination event.

At one point, there’s also the surprising reveal that host TJ Lavin has added some reinforcements to the cast of the All Stars spinoff show.

MTV and Paramount Plus release new All Stars 3 trailer

In a minute-long trailer released after the first two episodes of The Challenge: All Stars 3 arrived, fans can see what else is in store for the most intense spinoff season yet.

It’s full of hard-hitting sound effects as competitors get yanked back on harnesses, dropped into the water, or prepare to jump from a hovering helicopter. In other scenes, competitors are tackling one another in thick mud as they try to retrieve objects from the playing field.

Along with some jarring sounds and exciting visuals, there are also cleverly placed sound bites of various cast members as they draw lines in the sand or prepare to do battle with their castmates.

“I can feel all their eyes on me,” Wes says in one sound bite.

“I’m gonna f ** k you guys up,” he declares in another as a shot of his potential rival, Yes Duffy, is on the screen.

Another rivalry is also hinted at, featuring OGs KellyAnne Judd from Real World: Sydney and Veronica Portillo from Road Rules: Semester at Sea.

“Veronica’s like a big spider trying to eat her prey,” says KellyAnne, “I have to kill her.”

A scene shows Kailah Casillas breaking down in tears just ahead of a shot of Veronica laughing on screen.

Check out the full All Stars 3 trailer below with scenes from the upcoming episodes on Paramount Plus.

In terms of rivalries, the Yes versus Wes has already been in the spotlight, but it seems Veronica versus KellyAnne could join the heated competition. In a recent interview, Nia Moore hinted at the drama involving OG castmates in two different rooms while the spinoff was filming.

The trailer doesn’t just hint at upcoming feuds and rivalries that may heat up but presents what could be a few other big stories. A competitor is being taken away on a stretcher from The Arena in one shocking scene, which is never a good sign.

In another scene, The Challenge host TJ Lavin announces that he’s brought in some “reinforcements” for the game. Could this be alternate cast members to replace injured competitors, or is some sort of Invasion of the Champions twist coming to All Stars?

Shortly after that reveal, there’s a clip with Wes saying “Bananas” and a shot of his rival-turned-friend on the screen. Could this mean the seven-time champion is one of the replacements?

A few interesting scenes in the All Stars 3 trailer feature Laterrian Wallace. Spoiler alert, he was eliminated in All Stars 3, Episode 2.

It’s always possible that LT will return to replace an injured competitor. All Stars could do something similar to what they did when Ashley “Millionaire” Mitchell returned to compete after getting eliminated on Double Agents.

Whatever is in store, it looks to be a thrilling season ahead for fans watching The Challenge: All Stars 3, as the OGs try to outwit and outmaneuver each other in an intense competition to win their share of $ 500,000.

The Challenge: All Stars 3 episodes arrive Wednesdays on Paramount Plus.