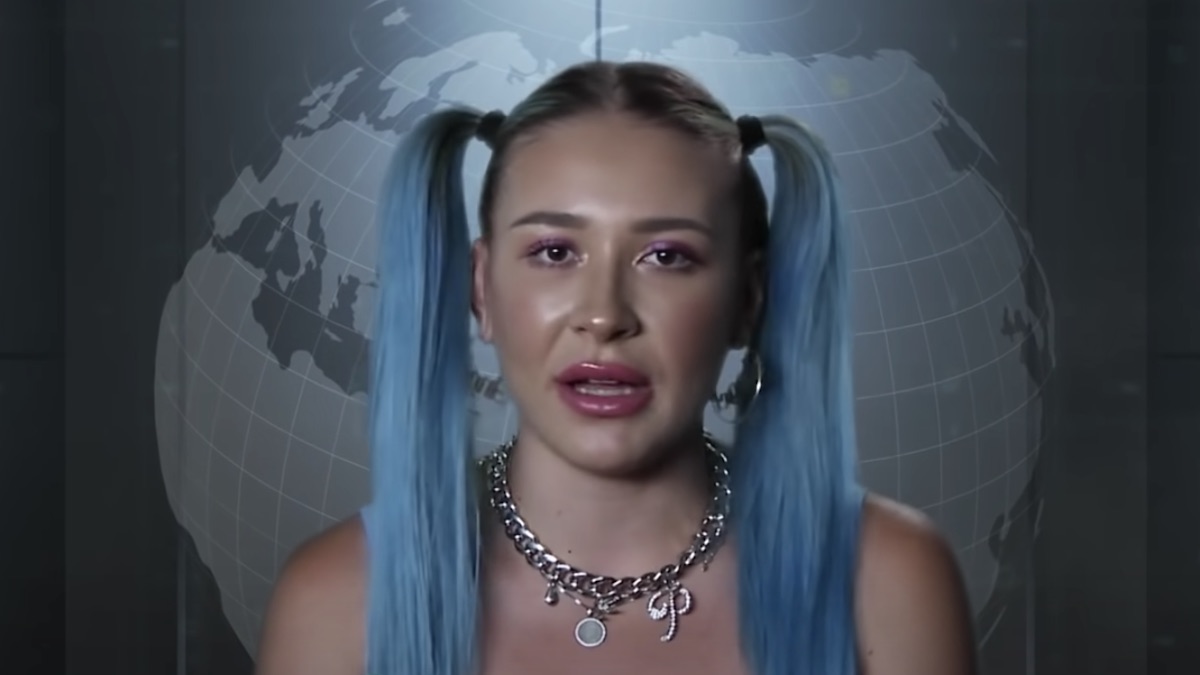 Critics and fans of The Challenge’s Emy Alupei are reacting to the Spies, Lies & Allies finalist’s recent apology for a performance featuring explicit lyrics with racial slurs on X Factor Romania several years ago.

Emy shared the apology on her social media, indicating she hadn’t known that the Nicki Minaj lyrics she repeated in her performance were “culturally insensitive.”

While some individuals seemed ready to forgive the former Challenge rookie, others were not buying her apology based on its timing and commented that someone told Emy to apologize.

On Friday, Monsters and Critics reported about Emy Alupei’s Instagram and Twitter statement in which she apologized for her 2016 X Factor Romania performance. The show featured Emy performing Nicki Minaj’s Only, including a racial slur throughout the verses and chorus.

In her apology, she mentions she was 18 when she performed the song and said being from Romania, she didn’t “know these words were culturally insensitive when used by white people.”

She apologized to anyone she offended for the performance, adding that she now understands “the impact and heaviness of using this word and how offensive performance was to an entire community.”

Her apology received plenty of comments on both Twitter and Instagram, with some suggesting they wanted to “move on” or offer their forgiveness, while others suggested the apology was forced.

Critics and fans react to Emy’s apology on social media

Emy’s apology brought mixed reactions from individuals who were divided on whether or not they thought the apology was sincere or worth forgiveness.

That included her Spies, Lies & Allies castmate, Hughie Maughan, who called Emy an “amazing, inspiring young woman” and reminded her that “we all have made stupid mistakes with less understanding.”

“You’re a good person, Emy! Don’t let this bring you down we loved your energy on the challenge we know you bring LOVE not hate❤️, ”a fan wrote in her Instagram comments.

Another individual remarked, “Hey real quick idea, but if you’re not the person who would be offended by it, maybe don’t tell her it’s okay and you forgive her, because it wasn’t towards you anyway.”

More than a few critics questioned the validity of Emy’s apology based on the timing, as it arrived soon after Emy got dropped from an upcoming reality TV show.

According to recent spoilers for The Challenge Season 38, Emy and her Survivor Romania friend Emanuel Neagu were set to appear in the upcoming season. However, the duo was dropped from the cast at the airport, with rumors suggesting it was due to Emy’s previous explicit performance.

As of this report, it’s unknown if Emy is done appearing on the MTV show or has any possibility to return.

During The Challenge: Total Madness, viewers saw Dee Nguyen publicly fired from the show after making an offensive joke about the Black Lives Matter movement on social media. The remainder of Dee’s appearances were mostly edited out of the Total Madness season’s episodes.

Emy appeared throughout The Challenge: Spies, Lies & Allies season’s episodes and reunion special, reaching the final, where she finished in third place with teammate Devin Walker. In addition, MTV allowed her to perform her original song, Alien, during an episode and again at the season reunion.