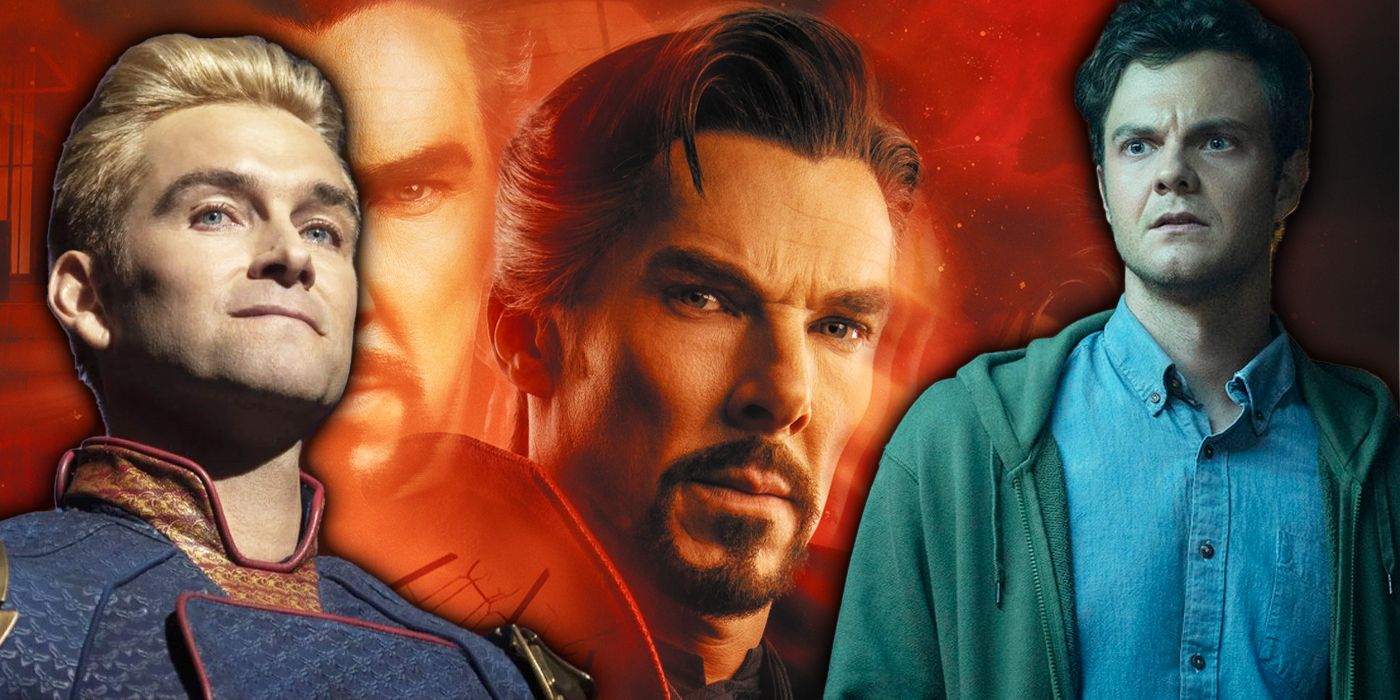 Doctor Strange in the Multiverse of Madness explores variants of the Marvel hero, and The Boys reveals how some of its characters could have looked.

The Boys once again plays on the Marvel Cinematic Universe to create new visions for its cast.

The Prime Video series ‘Twitter account posted a series of edits with the caption, “No Doctor’s gettin’ you out of this multiverse.” The images reimagine three members of The Boys – Mother’s Milk (Laz Alonso), Frenchie (Tomer Kapon) and Hughie (Jack Quaid) – if they were instead played by Jessie T. Usher, Chace Crawford and Antony Starr, who play A -Train, the Deep and Homelander, respectively. The post is an obvious joke poking fun at the release of Doctor Strange in the Multiverse of Madnesswhich explores the mystical hero (Benedict Cumberbatch) traveling the Multiverse and encountering other versions of himself.

This is not the first time The Boys has Photoshopped its characters as a result of the MCU’s projects. Following What If …?‘s release on Disney +, The Boys did the inverse of their Doctor Strange-inspired post and instead reimagined the series’ supe antagonists if they were played by the actors normally portraying The Boys. These edits included Kapon as the Deep, Quaid as Homelander and Alonso as A-Train.

While Multiverse of Madness is now available in theaters, the wait is still on for The Boys Season 3. There is a plethora of promos, trailers and teasers to watch for the Doctor Strange sequel, but as of writing, the mature superhero drama has only released its first teaser trailer. However, the teaser does give fans a glimpse at the gore and new characters for Season 3.

Coincidentally, while actor Elizabeth Olsen reprises her role as Wanda Maximoff / Scarlet Witch in the MCU film, The Walking Dead‘s Laurie Holden will portray the Crimson Countess (The Boys‘Twist on Scarlet Witch) in the upcoming season. Holden joins Supernatural alum Jensen Ackles as Soldier Boy (a spin on Captain America) and other newcomers as well, like Sean Patrick Flannery’s Gunpowder, Miles Gaston Villanueva’s Supersonic and more. Though they may not be magical, new superpowers will also be seen in the new season, being that Karl Urban’s Billy Butcher will have powers like those of Homelander.

The Boys Season 3 will debut on Prime Video on June 3, consisting of eight episodes. The first two seasons are now available to stream in their entirety, along with The Boys Presents: Diabolicalan animated spinoff including three episodes that are canon to the main live-action series. Doctor Strange in the Multiverse of Madness is now showing in theaters.

Janice Shirey
Prince William fears Harry will use conversations during Jubilee in his Netflix shows, sources say
Rikers Island Inmate Is 4th to Die at NYC Jail This Year