The Biggest Surprises Of The Chicago Bears Offseason Workouts 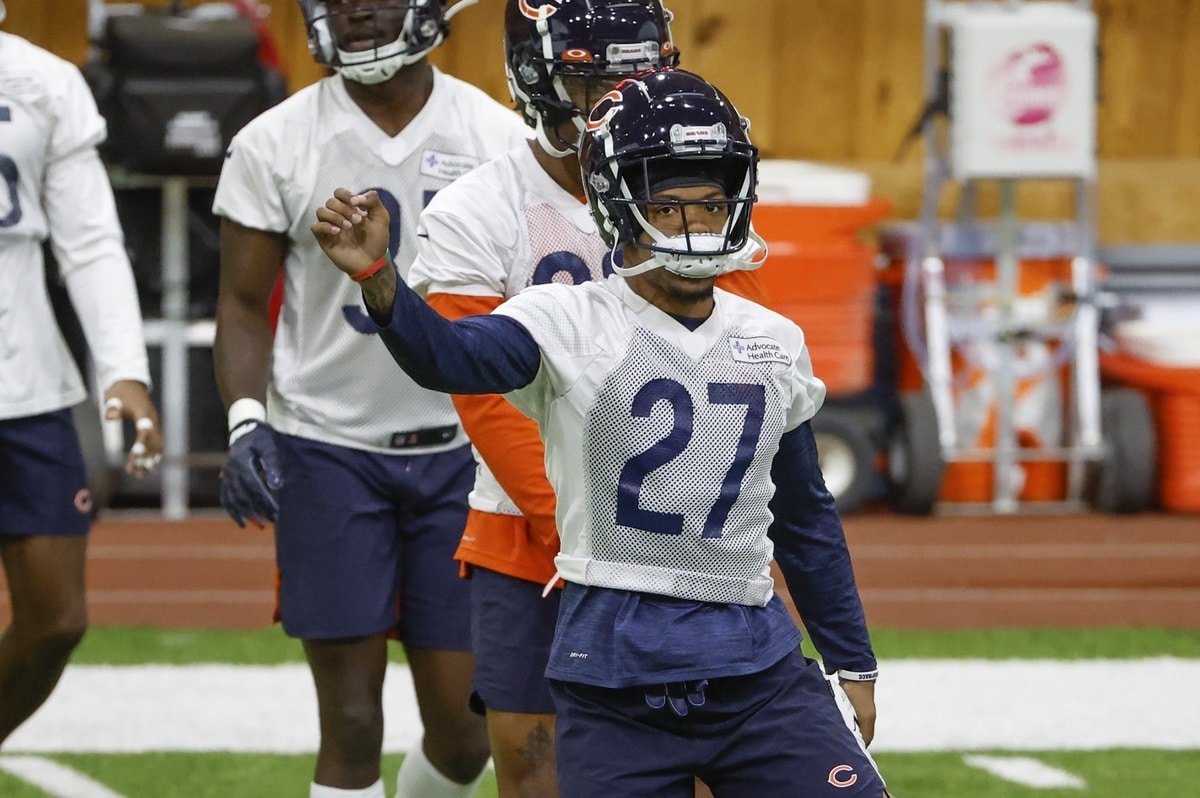 One reason the Chicago Bears are never boring, regardless of how good or bad they are, is they’re unexpected. Right when fans think they have an idea of ​​what’s coming, the team throws a curveball. The past two months of spring practices were no different. Everyone felt they knew how things would take shape in minicamps and Organized Team Activities. Then it got interesting.

Most might choose to focus on the negative surprises because that’s easy these days. Instead, this article will pick out a series of positive developments for the Bears’ present and (potentially) future.

Chicago Bears always find a way to deliver the unexpected.

Nobody debates the talent. Fields has everything a quarterback could want to find success in the NFL. For many, his problem lay on the technical side. They worried about his elongated throwing motion and somewhat erratic footwork. Not to mention his tendency to lock onto certain receivers. Early signs from camp showcased a young quarterback that had not wasted any time fixing those issues. His footwork is smoother, and his throwing motion appears more compact and quicker. It remains to be seen how much better he is or isn’t at reading coverages, but this is a significant step in the right direction.

This might be the biggest of the surprises. Going into May, everybody knew what the starting offensive line would look like. Larry Borom at left tackle and Teven Jenkins at right tackle. Then towards the end of OTAs, Matt Eberflus and his staff made a surprise change. Jenkins was demoted to the second-team offense, Borom shifted to right tackle, and Rookie Jones took over left tackle. If he were a 1st round pick, that wouldn’t be unusual. This kid is a 5th round pick. For him to man such a vital position this early in practice speaks to his talent and apparent progress in blocking technique. Can he sustain this through training camp when the pads go on? We’re going to find out.

The one thing people knew about Jones as a 3rd round pick was he’s fast. Really fast. Whenever Tennessee got the ball in his hands, good things happened. He looked like a genuine playmaker. The Chicago Bears need more of those. Still, experts were skeptical due to his somewhat pedestrian route-running. That is why he only had one year of productivity in college. Two months into practices, the Bears secondary has a hard time keeping him covered. It isn’t just because of the speed, either. His routes are getting sharper by the day. This is thanks to tweaks to his technique that allow him to make sharper cuts. Jones is excited about how much more dangerous this makes him.

Look at the 5th round pick in a photograph. He is 6’5 and 250 lbs. The rookie looks like a classic speed rusher. His calling card is quickness and burst. The guy resembles an oversized wide receiver. This is technically true, but it hides a deeper secret. Robinson is much stronger than people realize. His 25 reps in the bench press at the scouting combine was the first sign of this. Then Trevis Gipson referenced it at his latest presser. Bears offensive linemen are finding out the rookie is athletic and swift but also capable of converting that speed to power. Anybody knows this is what makes up the most dangerous pass rushers. Once he masters the technique of his position, this kid could become scary.

Everybody expected Tavon Young would be the Chicago Bears’ starting nickel cornerback when the 2022 season kicked off. It made sense. He had success doing so in Baltimore and brings the most experience. Yet by the end of the veteran minicamps, Young was working almost exclusively with the second-team defense. That is because Thomas Graham was making things happen in practice, looking so much better and well-prepared than last season. His coverage has looked solid. He’s playing with the kind of intensity and intelligence the coaches want. If this keeps up, he may become one of the biggest surprise starters of the year.