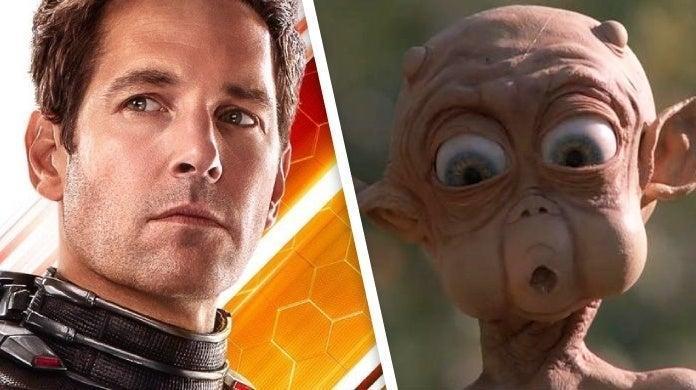 Paul Rudd has become a national treasure in the pop culture world for a number of reasons, between acting in franchises like Ant-Man and Ghostbusters, and puzzling the Internet with how well he has aged. Another thing that has contributed to Rudd’s notoriety is his recurring bit when appearing on Conanin which he continually nonchalantly set up a clip for whatever project he’s there to promote – only for it to be the same sequence from the 1988 cult classic Mac and Me. While Conan O’Brien’s late night show has come to a close, he has continued to entertain his fans with the Conan O’Brien Needs a Friend podcast, and it looks like Rudd carried the bit over to this new medium.

In a clip, which you can check out below, Rudd spends several minutes setting up a clip from his new (completely fake) scripted podcast, which supposedly co-stars Adam Scott and Ken Marino. Rudd aims to play O’Brien a clip from the show, only for it to culminate in the Mac and Me clip once again, to O’Brien’s dismay.

In a previous appearance on Conan O’Brien Needs a Friend, Rudd explained exactly how exactly the bit came about, and what transfixed him about the bizarre movie to begin with.

“There’s something so tricky about ‘Oh, here I am. I’m going to sell my wares on TV. Like oh, here’s something from what I just filmed.’ It just seemed – and still does, to a large extent – kind of insincere, “Rudd explained. “And so, to me, this is like ‘People are watching this and it’s all just silly anyway. This entire business is silly.’ So that was one where I’ve seen the whole movie… I remember watching it, kind of stumbling across it on TV, and there’s a scene where it’s like the alien raids this kid’s house, kind of exactly like ET did, and then he goes out and he’s looking for this – I guess what he assumes is an alien or something that was in his house. And then the alien is up in the tree looking at him. And then this Peter Cetera-sounding song about best friends kicks in , and it’s totally unearned. They don’t even know each other. I remember being like ‘What ?! This is the greatest thing I’ve ever seen.’ And so I think that when I started – and this was early in your show – [thinking] “I’m just going to show a clip from something else.”

“And another one that I had been toying with was from the movie Baby Geniuses“Rudd continued.” Which, I don’t know if you’ve seen Baby Geniuses. Baby Geniuses is another one of those movies that you watch and say ‘Who was this made for? Like what age? I don’t even know what the target audience is. But they’re essentially all babies who know the secrets of the universe and can talk to one another before they turn two, where they forget it. And as they start to talk, it goes away. But there’s this scene where a baby – I want to say they have this super baby in a lab, I don’t know – and he escapes, and this team of thugs are trying to track him down, trying to get this baby. And then they cut to the baby fighting a group of men, and it’s clearly a stunt little person just beating up these guys. And there’s also, I assume the budget was so low that there was this one maniacal laugh that the kid makes, and every time in the movie, they just use the same laugh. And so you hear it a hundred times. “

Janice Shirey
‘The Umbrella Academy’: Elliot Page’s Character To Come Out As Transgender In Season 3
A Look Inside the New East Side Access Terminal ‘Grand Central Madison’