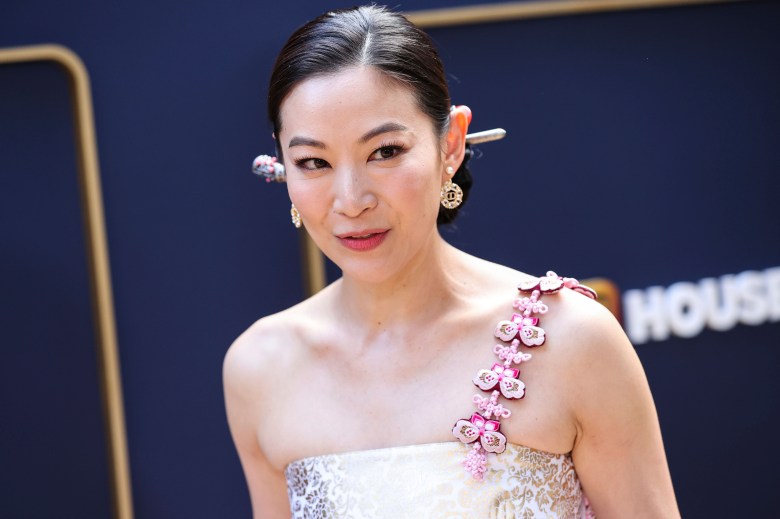 “I could probably, off the top of my head, think of over 10 Asian American actors I know who were paid significantly less than their counterparts.”

“Teen Wolf” actress Arden Cho has opened up about the AAPI pay disparity she experienced on the project.

Cho, who played supernatural teen Kira Yukimura in the original series, said she was offered far less than her counterparts’ salary to return for the upcoming Paramount + revival film.

A new interview in The Cut brought up a Deadline report from February 2022 alleging that Cho turned down the film after being “offered half the per-episode salary proposed to her three counterparts.”

“I think I was actually offered even less,” Cho clarified of the staggering wage gap between co-stars that led her to turn down the film version of the MTV series. She added that whoever leaked the pay disparity wasn’t in her camp. “I probably would never have shared it,” she said.

“Sometimes you don’t have a choice to say ‘no.’ Sometimes you just need it. You’ve got bills to pay. I wasn’t saying ‘no’ necessarily for me or because I was angry. I was saying ‘no’ because I hope there will be more equality in the future. “

Cho continued, “I could probably, off the top of my head, think of over 10 Asian American actors I know who were paid significantly less than their counterparts.”

Cho joined “Teen Wolf” Season 3 in 2014 as a guest star. For Seasons 4 and 5, Cho was made a series regular opposite Dylan O’Brien, Tyler Hoechlin, Tyler Posey, and Holland Roden. She was cut from the show in 2016, one year before the series concluded after six seasons, now fulfilling the “six seasons and a movie” trope with the upcoming Paramount + streaming feature. To note, O’Brien is also not returning for the film.

Korean-American Cho revealed that she was previously advised to star in Korean-based projects, telling The Cut, “If you want to be the lead, go to your country. Go be the lead where you look like the lead. ”

Cho previously opened up about surviving multiple traumatic hate crime assaults, most recently in April 2021. Her turn on “Teen Wolf” marked an important step in representation and a way to prove “it’s cool to be Asian,” as Cho detailed to E! News last year.

“Growing up, I never felt like it was cool to be Asian. I legitimately felt like an alien, like an outsider, like I didn’t belong here. I feel like that’s how people looked at us too because there just weren’t a lot of us, “Cho, who is set to lead the upcoming Netflix legal drama” Partner Track, “recalled. “I think there’s always been a challenge of how Asians have been represented in the media. Asian women have always been sort of a prize or a trophy or a sexual desire. One of the things I hoped for and really wanted was I didn’t have to be the Sexy Girl No. 1 or Massage Girl No. 2, or some sort of a sexual object because the whole reason of pursuing entertainment for me was I just wanted to be a part of, hopefully, representation. “