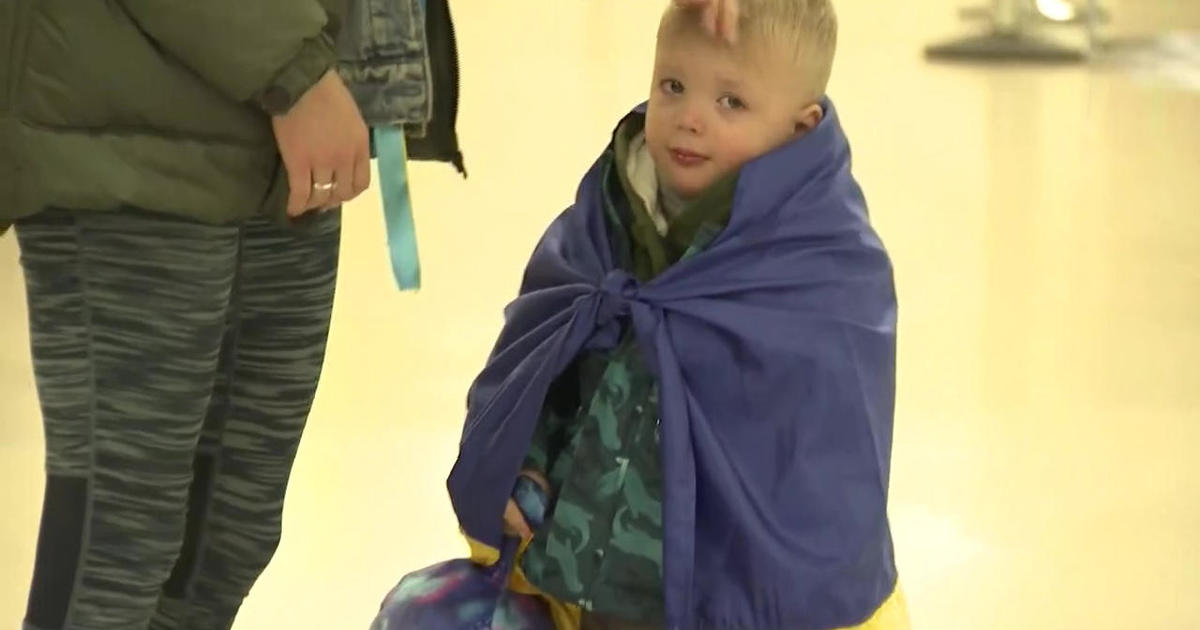 It was an emotional first meeting at Newark Liberty Airport for Elana Koenig, founder of the Koenig Childhood Cancer Foundation, and the Negodiuk family, who just arrived from the war-devastated region.

“We started FaceTiming them. We saw their conditions. They were living in a basement. They weren’t getting proper treatment, so we organized a flight over here so that they can actually get what they need,” Koenig said.

Dima Negodiuk says on the eve of the Russian invasion of Ukraine he learned his 2-year-old son, Mark, had cancer and needed a life-saving operation to remove a large brain tumor.

“Can you imagine? Two years old, he is so small head and 8-centimeter tumor. So basically we understand that we only have each other in this life, so of course for our family the war was in the second place. The first place was to save, of course, our Mark, “Negodiuk said.

Days later, he had the surgery, but the family had no choice but to seek refuge in the basement of their building as bombs were dropping outside and their hometown, Kyiv, was ravaged.

“Even to send biopsy to Europe … we ask some volunteers to cross the border and send it to Germany or Italy to understand if it’s like bad tumor or good tumor,” Negodiuk said.

It was the difference between life or death and the couple was not giving up on their only child.

Through social media, the Negodiuk’s met with Elana. The family’s foundation has been saving lives by giving children a pathway to get cancer treatment. Elana arranged for the family to fly out of Poland to Newark, but first they had to risk their lives fleeing the war zone. By law, Negodiuk was not allowed to leave Ukraine since he is under 60.

Negodiuk said it was a miracle that he was granted a special exemption to continue the journey and now that he’s here in New York City, his toddler can receive the chemotherapy treatment he so desperately needs to survive.

The CBSNewYork team is a group of experienced journalists who bring you the content on CBSNewYork.com.

Ernesto Castro
Yes, that was the most chaotic Oscars in history
Oil hit by Shanghai shutdown; yen sinks as BOJ defies the yield tide