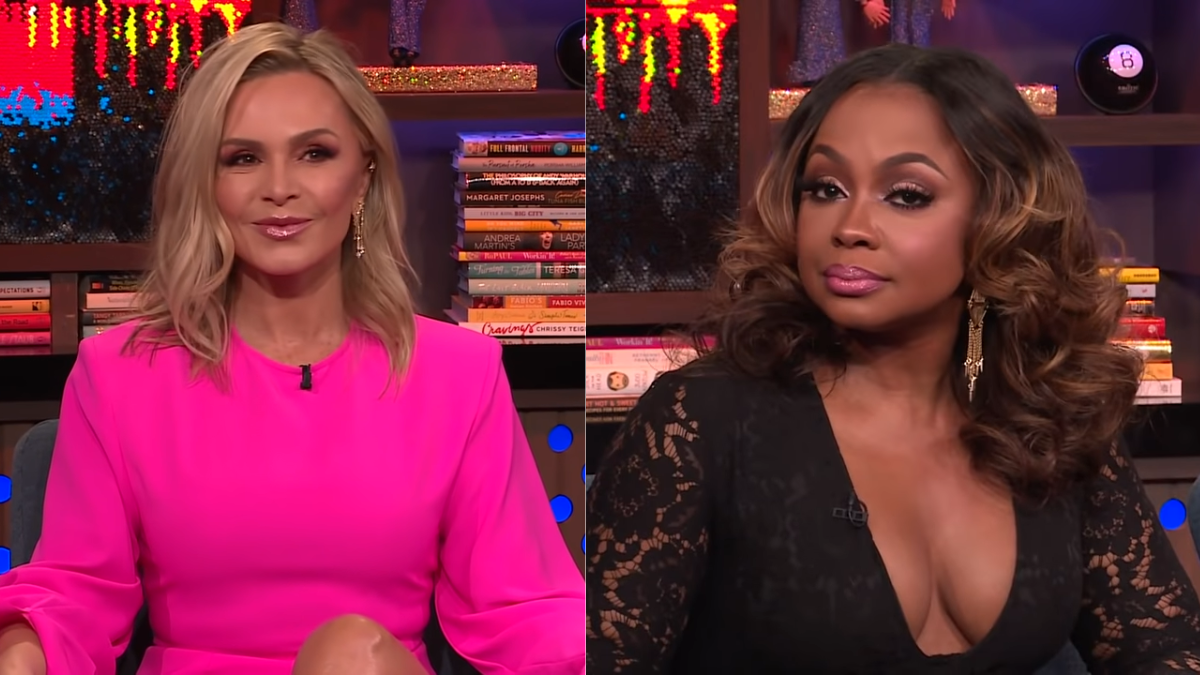 The Bravo universe is amped that tomorrow is the premiere of Real Housewives Ultimate Girls Trip Season 2, aptly titled Ex-Wives Club. The cast is filled with Housewives who have either quit or been fired from their respective franchises, and are back to cause more trouble.

Two of the ladies, Tamra Judge and Phaedra Parks, are revealing what it was like staying in the Berkshires, and how their friendships have formed and changed since being on the show.

Tamra Judge awarded herself Messiest Housewife of the series

Tamra said previously that the biggest surprise for her during the two-week trip was that she bonded most with Brandi Glanville. Before the trip, she admitted that she was afraid of Brandi because of the interactions they had on social media but Tamra said, “we work things out pretty quickly.”

The former Real Housewife of Orange County also added, “By the first episode we do talk and we sit down and we talk it through and we decide we do like each other… We have some bumps moving forward, but for the most part we work it out and towards the end we have a lot of fun together. “

In typical Brandi fashion, Tamra said she really shook things up in the house, just like she did when she was a star on Real Housewives of Beverly Hills. “I can’t remember if she makes anyone cry,” Tamra joked. “There was a lot of alcohol involved. The memory is a little foggy. ”

She also said that the Messiest Housewife is a three-way tie between herself, Brandi, and the host, Dorinda.

Both Tamra and Brandi are known to party hard, and this trip is no exception. Tamra teased, “I don’t think there’s any girl-kissing going on. Brandi insisted that we have a naked party. You will see some naked body parts. “

Phaedra Parks also made an unexpected friend in Brandi Glanville

Not only was Tamra surprised by the bond she made with Brandi, so was former Real Housewife of Atlanta Phaedra Parks. The mom-of-two said, “I wasn’t really sure about Brandi because she was so crazy, such a wild card. And we ended up becoming real besties in real life. We talk all the time and she’s like a sister to me now. “

Phaedra also revealed what a lot of Housewives fans agree with, which is that Brandi is misunderstood a lot of the time. “I think people see Brandi and make very quick assumptions about who she is and what she’s about. You watch people on TV, you make sweeping judgments without really giving them a fair shot. So because people told me crazy stuff about Brandi, it really made me more attracted to her. She’s so fun and she’s such a wow girl. She’s what I would like to be if I was drunk. “

This is a pairing that Bravo fans might really get behind!

Phaedra also sang the praises of the one who always makes it nice, Dorinda Medley. “I didn’t know I would fall in love with Dorinda,” Phaedra said, calling Dorinda a “goddess” and “absolutely perfect”.

The most glamorous funeral director, Phaedra also said that the group encountered ghosts on one of their group events outside of the Manor. “I saw the ghosts at one of our outings. I saw four ghosts, I promise you, ”Phaedra admitted. “I work with the dead so I can recognize those. They know me and I know them because I work in the planes. I know the crossover spirits. “