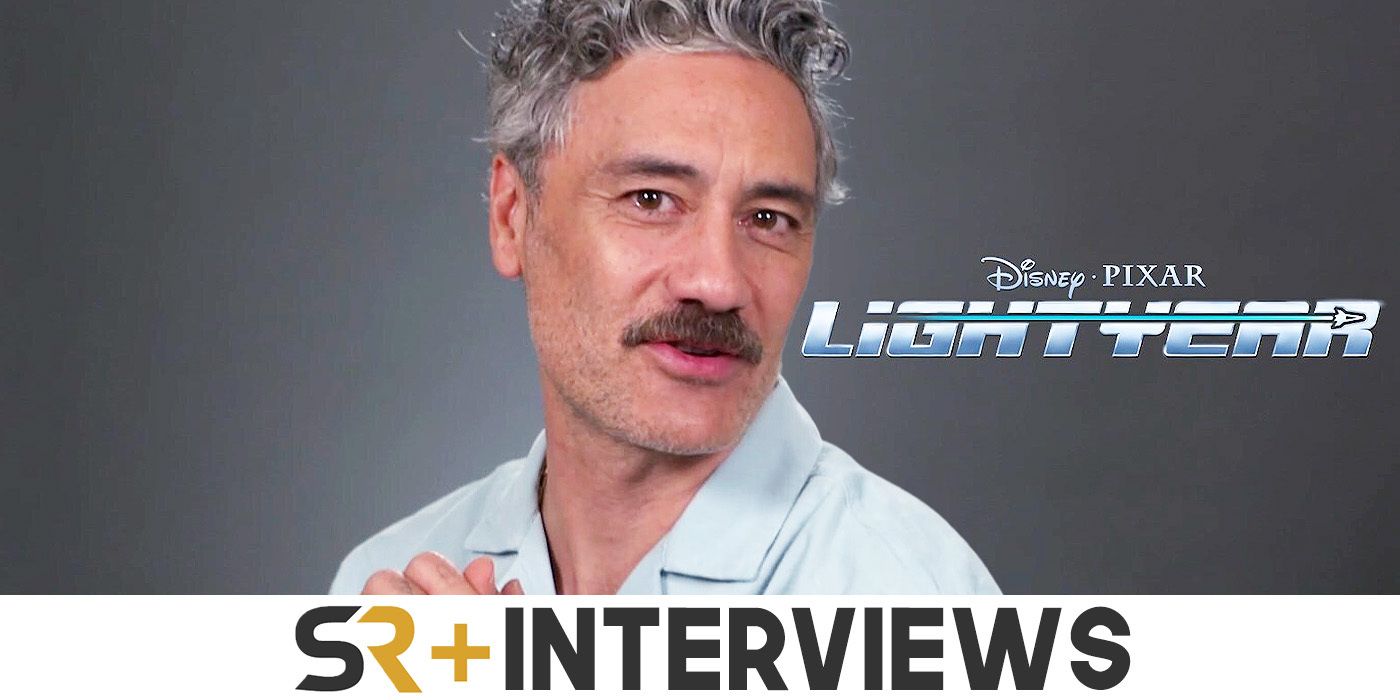 Lightyear went to infinity and beyond with Thursday previews, as the new Pixar film fleshes out the backstory of one very important Toy Story character. Meet the man behind the toy and the star of Andy’s favorite movie, Buzz Lightyear. The space opera adds Chris Evans as the voice of the fearless explorer, replacing the original icon Tim Allen.

The film is full of new faces and voices to the legendary Pixar franchise, as Lightyear Features voice performances from Keke Palmer, Peter Sohn, Taika Waititi, Dale Soules, James Brolin, and Uzo Aduba. While Waititi may be best known as the director of incredible films such as Thor: Love And Thunder and Jojo Rabbit, he’s also an impeccable comedic actor. In this film he plays Mo Morrison, a curious yet fearful member of the Junior Zap Patrol.

Screen Rant spoke to Waititi about his personal love of Pixar films, the brand he brings to the films he directs, and what might be in store for his upcoming Star Wars adventure.

Taika Waititi: Well, what you do is you cast a spell. You make a deal with Satan. Become a Satanist, then it slows down time. The problem is that I have to give my soul to them.

Okay. I was thinking about doing that. If you’re doing it, maybe I’ll do it too.

Taika Waititi: In about 30 years. I’ll let you know how it goes.

Okay. Thank you. Do you remember your first time seeing Toy Story, and what does it mean to be a part of it?

Taika Waititi: Yeah. I remember seeing Toy Story. With Pixar, I’ve I now watch Pixar films without my kids. I don’t need to have children with me to watch these things. That’s my go-to Sunday, when I’m just like, “I want to chill.” I just put on a Pixar film.

And for years it’s been like that. It’s just a go-to film for perfect structure, and a film that makes me feel good. And it also makes me feel something. It’s too much of a gamble with live action. Films are terrible. [Laughs] Movies are just bad. These Pixar films, they’re just always good.

You make some pretty good films.

Taika Waititi: My films are great! Everyone else’s films are sh-t. [Laughs]

You head to space in Lightyear, but soon you’ll be headed to a galaxy far, far away. What is it like working on your own Star Wars movie? Your stuff is so unique. How different will it be from other Star Wars movies we’ve seen before?

Taika Waititi: That’s yet to be seen. I don’t know; I’m still writing. I’m still coming up with the ideas and story-lining it. And just wanted to make sure that it feels like a Star Wars film. I could say, “Yeah, I’ll just write any old thing and set it in space, and then put Star Wars on the front.” But it wouldn’t be a Star Wars film without certain elements and a certain treatment. So, I’ve just gotta make sure it stays within that wheelhouse.

One time, we did an interview and you kind of ended up pitching Wandavision, which came to fruition. What pairing should we do next? Which two random characters should we put together?

You did. I swear to God. You were like, “I wanna do a romcom with Wanda and Vision.” Years later, Wandavision came out, and I was like, “Did Taika come up with that in our interview?”

Taika Waititi: Am I God?

I think so. Also, I think maybe you’re owed some money.

It should. Wouldn’t that be amazing? You heard it here first!

Taika Waititi: For those of you who don’t know, the context is we’re doing the back-to-back romantic comedy poster.

If we were in person, you would see it. We’d be actually back-to-back.

He was a happy-go-lucky Jedi. She was his padawan. It was never gonna work!

Legendary space ranger Buzz Lightyear embarks on an intergalactic adventure alongside ambitious recruits Izzy, Mo, Darby, and his robot companion, Sox. As this motley crew tackles their toughest mission yet, they must learn to work together as a team to escape the evil Zurg and his dutiful robot army that are never far behind.

Lightyear is currently out in theaters.