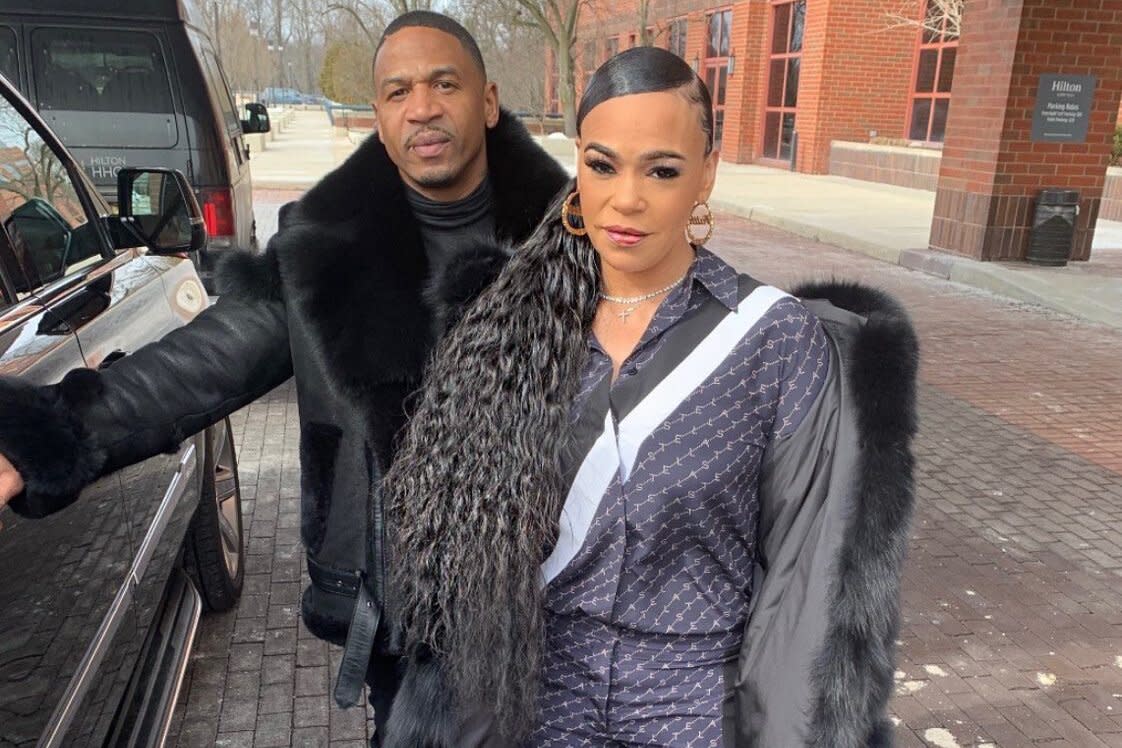 Stevie J. is expressing his regrets over his past behaviors towards his estranged wife Faith Evans.

While sharing a Mother’s Day post on Instagram on Sunday, the Love & Hip Hop: Atlanta star issued a public apology to Evans, 48, over his past actions against her.

“Faith Rene Jordan I’ve hurt you, disrespected you and humiliated you in front of the world,” he began his caption alongside a picture of the pair dressed in chic winter coats while standing next to an SUV.

“From this day forward I promise to listen to your feelings and be more delicate with your heart,” he continued. “I also promise to build you up even more & to communicate daily with you, respect you and love on you until you’re as happy as you were when we got married.”

RELATED: Faith Evans and Stevie J. Spending Holidays Together amid Divorce: ‘Everyone Gets Along’ Says Source

Stevie, 50, concluded his apology note, saying, “I’ve learned my lesson and I NEVER want to live without you because God knows I’m a better man with you and I’m asking you to find it in your heart to forgive me and allow me to rebuild our trust. “

“Happy Mothers Day x I love you,” he added.

The Grammy Award-winning producer filed for divorce from Evans last November after a three-year marriage.

According to a court document obtained by PEOPLE in December, Evans asked the courts to deny Stevie’s request for spousal support amid their ongoing divorce.

Additionally, Evans also asked to keep her assets from before and since the marriage, including “all property acquired prior to marriage, by gift, inheritance, or devise and after date of separation.”

Meanwhile, Evans was not requesting support from Stevie and the document also stated that the couple has been separated since May 29, 2020 (That month, Evans was arrested for domestic violence against her husband, though the charges were later dropped).

Reps for Stevie and Evans did not immediately respond to PEOPLE’s request for comment.

However, less than a week after the news of their divorce broke, the “Soon as I Get Home” singer shared a series of videos from a beach trip with Stevie and captioned the post, “Get us free, bruh!”

Despite their legal estrangement, the couple appeared to be spending time together, with Evans telling Entertainment Tonight, “Stevie actually just came in and gave me this glass of champagne” during an interview in December. “I’m pretty sure he’ll be here for the holidays.”

RELATED: Faith Evans Was Not Concerned About “Throwing Off” The Judges as The Skunk on ‘The Masked Singer’

The couple tied the knot in July 2018 in a Las Vegas hotel room surrounded by friends and family.

Shortly after, Stevie shared his love for Evans in a Twitter post. “I love you Faith Renee Jordan,” he said, as the singer replied back, “I love you back Steven Aaron Jordan.”

Though both stars have children from previous relationships, they did not have any together. Stevie was previously linked to ex-girlfriend Joseline Hernandez, while Evans was previously married to the notorious BIG and then Todd Russaw.