Star Wars: 10 Memes That Perfectly Sum Up Princess Leia As A Character 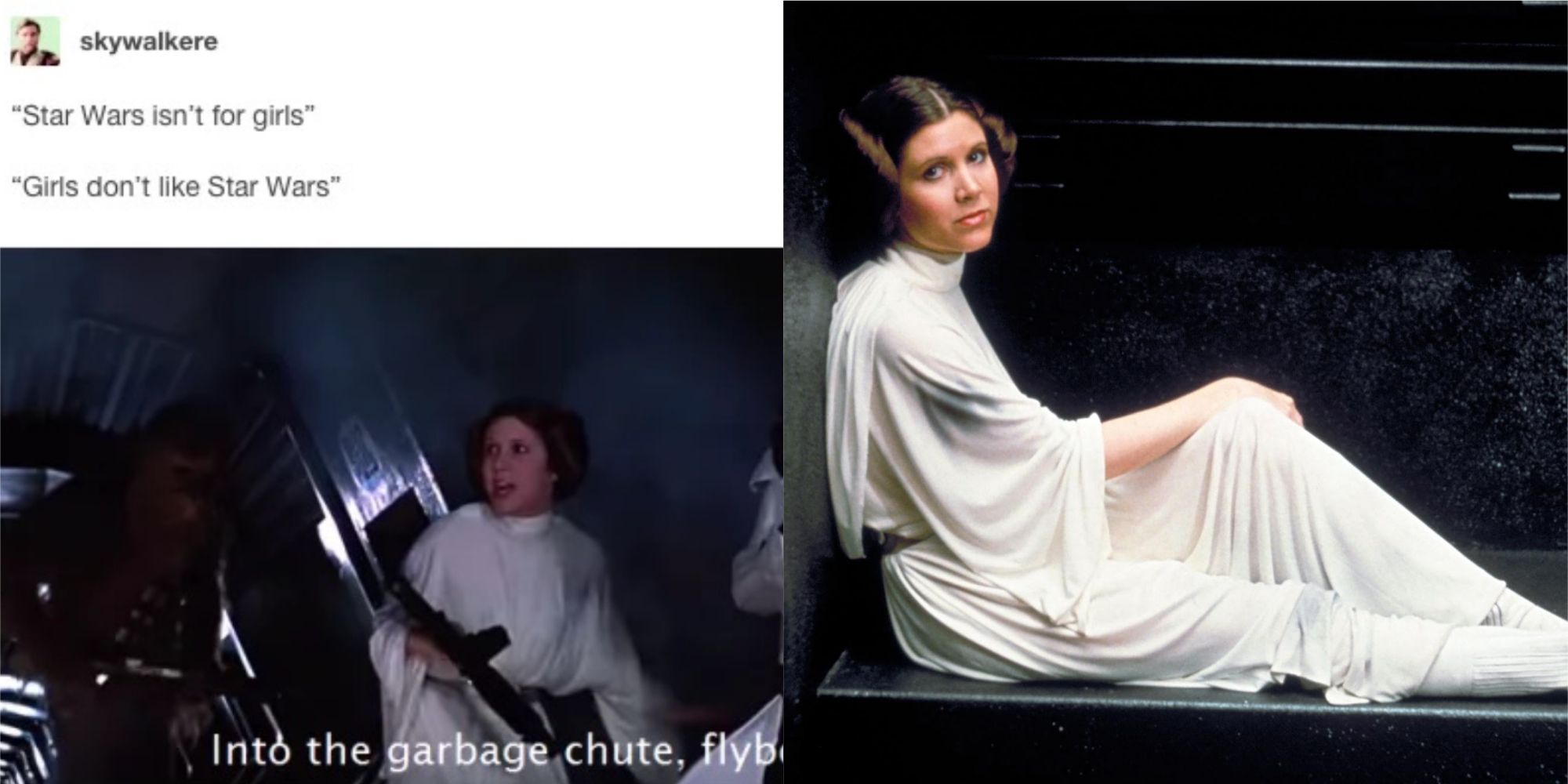 Though Obi-Wan Kenobi is the star of the series that bears his name, there’s no question that the young Princess Leia often threatens to steal the show. With her precociousness and her fierce nature, she has shown, even at this young age, that she is a force to be reckoned with.

From the moment that she appeared in A New Hope, Leia has been one of the series’ best and most beloved characters, and she continues to exert a powerful hold on the pop culture imagination. In fact, there are a number of memes that manage to perfectly capture her character and personality.

The Past Haunts The Present

Throughout Obi-Wan Kenobi, it’s clear that the most important relationship in that series will be between Leia and Obi-Wan. However, that doesn’t mean that the young princess isn’t going to give Obi-Wan the respect one might expect. Of course, the meme also plays a bit with the idea that the old Jedi might not appreciate the way that she teases him.

If anything, however, the meme shows just how irreverent Leia has always been, and how she will always go her own way, even if it’s to her detriment.

Part of what makes Leia such a great Star Wars character is her innate ability to understand others. It’s precisely this that not only makes her such an effective leader – able to inspire others to do as she wants – but also to cast such a spell on viewers.

There is, as this meme suggests, something almost mystical about her ability to become such a fixture in popular culture, to such an extent that her death, both on-screen and off, is one of the most devastating in the series.

There have been many formidable heroines in the world of science fiction, but few have achieved quite the level of success as Princess Leia. This is a woman, after all, who braved the entire might of the Empire – including her own father, Darth Vader – in order to fight for freedom, and she kept on doing so long past the point when others would have given up.

Thus, it’s not surprising that this meme would convey this, showing just how important Leia has become to her legions of fans.

A Force Of Nature

There are many important romances in the Star Wars universe, but few are as important or as resonant as that between Han and Leia. Almost from the moment they met, it was clear that there were going to be sparks between them and that each had met their match with the other.

This meme cleverly points out that, however cocky and assured he might be, Han actually responds to the way that Leia takes charge of every situation, even if that means that he sometimes ends up being the subordinate partner.

The Voice Of Authority

While the Star Wars fandom can be a very welcoming place for many, it also has its issues, particularly surrounding gender. Some might insist that the series isn’t designed for women and girls but, as this meme cleverly points out, that has never been true.

In fact, part of what gives this franchise its particular power and longevity is the fact that Leia has been such an inspiration for so many. She knows how to dominate a scene and how to make sure that even those who are sent to rescue her do what she wants.

Leia is the type of person who doesn’t have a lot of patience for fools or, more to the point, for what she views as silly questions. It’s for this reason that she has become such an effective leader and that she manages to take charge in any given situation.

This meme cleverly points out that, when it comes right down to it, she is concerned about only one thing, and that is making sure that her energies are being spent appropriately, even if that means criticizing Luke and Han in the process.

A Woman Of Many Talents

Though Luke would go on to become one of the Galaxy’s most formidable Jedi, it has to be said that he rose from rather inauspicious beginnings. This is in marked contrast to Leia, who, even at a young age, showed that she was a force to be reckoned with.

This particular meme points out just how much she had managed to accomplish by the time that she appears in A New Hopeshowing that she was the type of person who had ambitions and was determined to bring them to fruition.

Luke and Leia share an unbreakable bond, not only because they are siblings but also because they have been through a great deal. It has to be said, though, that Leia tends to bear up under duress in a way that is more stoic than Luke.

This meme helpfully points out that, though Leia watches her entire planet destroyed by the Death Star – including, presumably, everyone that she has ever loved – she still shows less self-indulgence than Luke, which helps to explain why she is often seen as one of the most powerful characters in Star Wars.

She Had It Under Control

Gratitude is not something that seems to come naturally to Leia. In part, this is because she is a fiercely independent person, and she definitely resents being beholden to anyone.

This meme helpfully points out that, even though she was scheduled for execution at the time she was rescued by Luke and Han, it’s very likely that, even had they not shown up, she would have found some means of escaping from her imprisonment. If anyone could overcome the impossible, it would have to be Leia.

Though they are different in many ways, it is still very clear from the way that they interact with one another that Han and Leia respect each other. However, this does not mean that they are not also willing to verbally spar with one another.

This meme highlights the key element of this dynamic and, while it’s obvious that they have already felt the sparks of desire, this doesn’t mean that either of them, especially Han, is going to actually admit that, even to themselves.