Spider-Man: Across the Spider-Verse Directors on Why You Won’t See Classic Spider-Man Poses 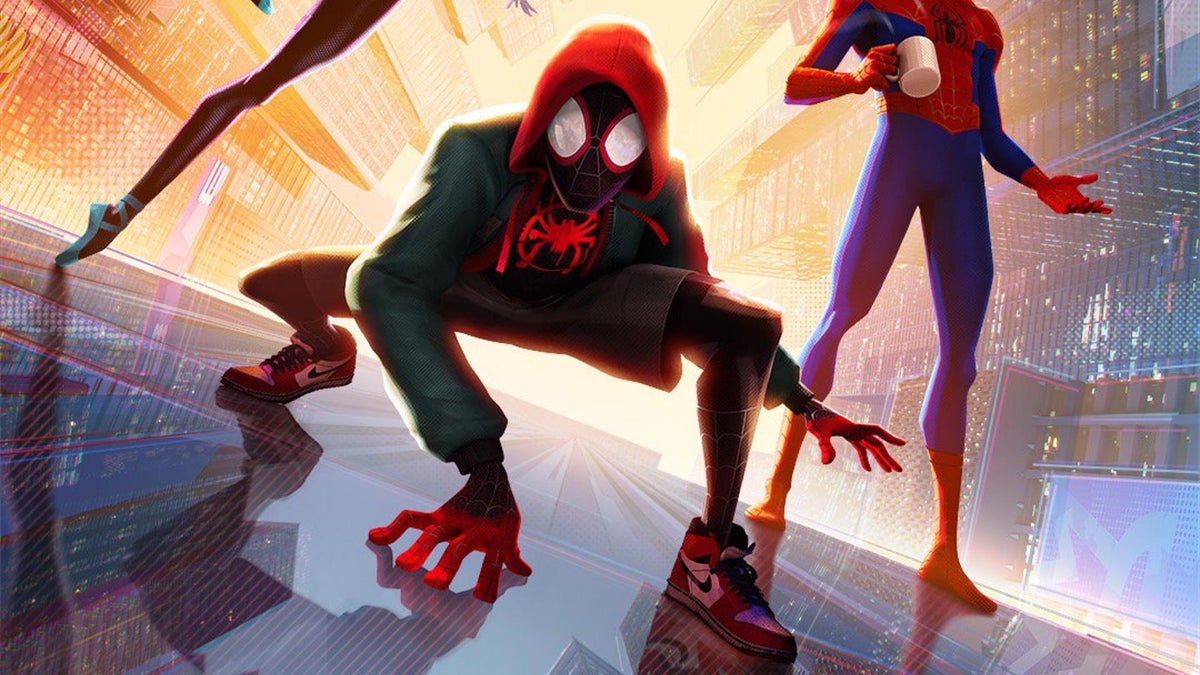 The filmmakers behind Spider-Man: Across the Spider-Verse are finally getting a chance to talk a little bit about the film, now that some of the first official details have been revealed at last week’s Annecy animation festival in France. One of the things the filmmakers broke down was body language. Obviously, it’s an important element of animation in general, but with Spider-Man, he has always had a different shape and different physicality from other superhero characters. In this movie, the filmmakers say they want to make sure Miles Morales doesn’t just feel like a repainted Peter Parker, and that all of those mannerisms are as uniquely his as Peter’s have been.

Joaquim Dos Santos, one of the movie’s directors, broke it down for Cartoon Brew in a recent interview. Among other things, they wanted Miles’s physicality to track with his character’s journey.

“I’ve got a six year old, and he’s in soccer, and he made this insane leap, and I don’t know how it happened, or when it happened, but he was one human one one day, and then we went to a game, and he scored like four goals, and was coordinated, “Dos Santos told Cartoon Brew. “So I think Miles, he’s on an advanced version of that journey. He’s not tripping over his own feet anymore; he’s capable. He’s confident, he knows what he’s doing, he’s been doing it for a while. His body is still a little gangy, but it’s filling out. He’s understanding his body now. That’s a big one. We sort of have this rule that he doesn’t really do the ‘classic’ Spider-Man moves. You won’t see him do the legs -over-the-head, Todd McFarlane, crazy poses. They’re totally cool and great, but Miles has his own way, and he’s had to come up with on his own. “

You can see the video below.

His own personal style could have been a little different in the next installment, if co-director Kemp Powers had his way.

In Spider-Man: Across the Spider-Verse, Miles Morales / Spider-Man (Shameik Moore) goes on an adventure across the multiverse with Gwen Stacy / Spider-Woman (Hailee Steinfeld) and a new team of Spider-People who must face a powerful villain. Also returning from the first film are Oscar Isaac as Miguel O’Hara / Spider-Man 2099, and Jake Johnson as Peter B. Parker / Spider-Man. Issa Rae has also joined the cast as Jessica Drew / Spider-Woman.

Across the Spider-Verse is directed by Joaquim Dos Santos, Kemp Powers, and Justin K. Thompson, with a script from Phil Lord, Christopher Miller, and Dave Callaham.

“This is a situation where the movie was so ambitious, it was trying to do so many groundbreaking things in its visual style, in its storytelling style, in its cinematic style.” Miller previously explained to ComicBook.com. “Everything about it … The sound mix was probably going to be groundbreaking, so it required a lot of work. Every version of these movies is a collaboration of hundreds of filmmakers working together, and in the best versions people are contributing their creative. The ideas, and the people, the directors, and the producers are the ones that get to decide which of the things fit the road that you’re going down. “

Spider-Man: Across the Spider-Verse will be in theaters on June 2, 2023.