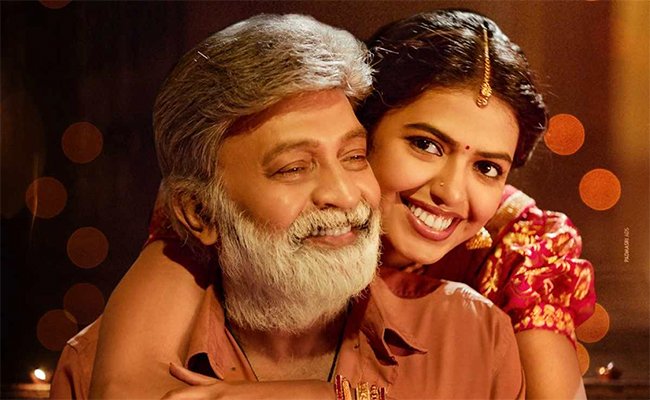 After a long time Rajasekhar has come up with this film showing off his realistic look. This is the remake of Malayalam film “Joseph” that pulled critical acclaim when it was released in 2018.

Let us discuss how it worked in Telugu with this remake.

Shekar (Rajasekhar) is a retired cop who has sharp investigation skills. He lives all alone. He got separated from his wife (Atmeeya Rajan). He also loses his daughter (Shivani) and lives with her memories and illusions. He keeps on drinking day and night.

The reason for this grief has a connection to his past where he loves a girl Kaveri (Muskaan) but fails to marry her.

What is the role of that girl in Shekar’s life? And what’s the root cause for all the misery in the story forms the crux in the climax.

Rajasekhar impresses us with his character that is perfectly in sync with his age. The dubbing given by Sai Kumar shows us the vintage Rajasekhar.

Muskaan, the George Reddy actress put on some weight but made a good pair with Rajasekhar.

Atmeeya Rajan did the same role that she did in the Malayalam original.

Shivani Rajasekhar played a guest role, appearing in some glimpses.

Prakash Raj comes in a scene in the climax.

Sameer looked very fat and unhealthy and the rest of the characters are just ok.

Every shot and frame are taken from the original and so no big effort can be observed. The background score given by Anup Rubens is good and the signature music for Rajasekhar’s intro scenes is captivating.

The production values ​​are reasonable and up to the requirement. Camera work is commendable and editing is upto the original.

Generally Malayalam films are popular for their gripping narratives, unique plot points and engaging screenplay. But sometimes they too make some films with loose ends and average intelligence in screenplay writing. They may engage in the first instance but not always.

‘Joseph’ was the 2018 film that garnered good reviews and later in the OTT revolution in the last two years it reached many audiences crossing the boundaries.

The film runs in cinematic format with a tinge of being realistic. The songs, too much of sentiment, tragic end to all female characters are forced and they hardly help the overall content at the end.

The realistic touch with the sacrificial protagonist is something unique at the end but until then many twists and turns sound beaten for the audience who watched the films like Drishyam.

Cracking a case with mobile numbers is understood with Dishyam and so something that goes on similar lines wouldn’t make any impact in the thrill factor.

The story ends up in a realistic way without doing poetic justice at the end. The darkweb of the medical field is exposed and alerts the system.

If the audience steps into watching this film without carrying any expectations, it may prove engaging though not exciting. But for those who binge watch the films on OTTs, the crime point gets revealed in the middle, killing the surprise factor at the end.

But the decision of the protagonist to put an end to the culprits in the climax is something unique and unpredictable. All said and done, it’s a sincere remake but lacks the required punch in the original writing itself.