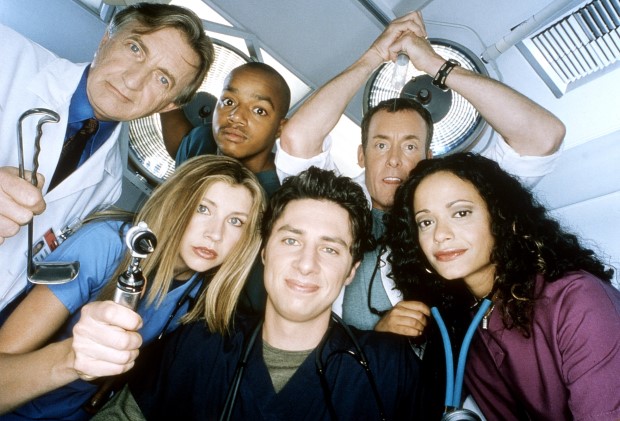 Zach Braff and Donald Faison just might don their Scrubs one more time.

During a panel held Sunday at the ATX TV Festival and hosted by our sister site Variety, the cast and creator of the hit medical sitcom told the audience that a revival or movie is very much in the cards for the future.

“I think we all want it,” said Faison, who joined at the Austin, Texas event by creator and showrunner Bill Lawrence, along with Braff, Sarah Chalke, John C. McGinley, Judy Reyes and Neil Flynn. “We would all love to work together again. It’s just that it’s really hard. It can’t be a full season of a show. It would have to be a movie or something like that, where you could only give a couple of months to it. Everyone is doing things. “

The actor then motioned to Lawrence, adding, “This dude’s never going to be free again.”

Lawrence, who’s been busy co-creating and executive-producing Ted Lasso, in addition to working on the upcoming Jason Segal comedy Shrinkingsaid he’s more than game to reunite the gang.

“We’re gonna do it because we’re lucky enough that people care,” he said. “Top to bottom, we enjoy spending time with each other. If you ever have an excuse to work with people that you’d want to spend time with anyways, run to it… It’s worth it to me to see Neil back in that jumpsuit again. “

Flynn promptly clarified: “It’s not a jumpsuit, it’s a shirt and pants.”

Scrubs ran for nine seasons between 2001 to 2010, producing a total of 182 episodes. Its first seven seasons aired on NBC, until it moved to ABC for its final two runs.

Do you want to revisit the lives of JD, Turk, Elliot, Carla and the rest of the Sacred Heart crew? Let us know in the Comments!