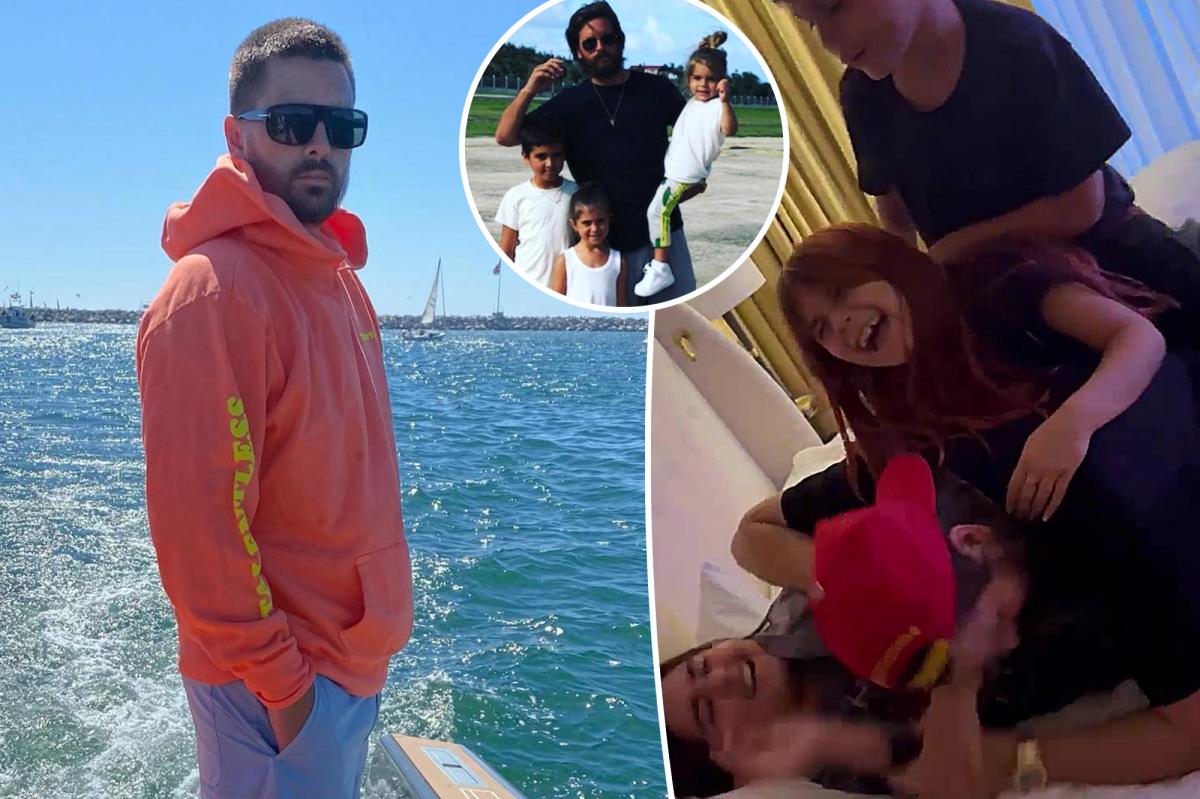 Scott Disick continued his birthday celebrations into the holiday weekend with his kids.

A spy exclusively tells Page Six that the Talentless founder spent Memorial Day Weekend in the Hamptons where he stopped by boutique Blue & Cream with Mason, Penelope and Reign.

“The kids were all over him,” our insider shared. “It was so cute. He looked so happy to be with them. “

We’re also told that Disick wasn’t seen with either Holly Scarfone or Rebecca Donaldson, the latter of whom he was recently dating though it’s unclear where they stand now.

Disick’s kids have been spending time with him since they returned from their mom Kourtney Kardashian’s wedding to Travis Barker in Italy earlier this month.

Disick shared a selfie with older siblings Mason and Penelope, accompanied by the caption, “Got my crew with me.”

The trio helped the “Kardashians” star ring in his 39th birthday last week, with Disick sharing an adorable video of them tackling him on a bed.

‘Happy birthday 2 me! Biggest blessing of my life right here! ” he captioned the clip.

Kardashian, 43, and Barker, 46, held an intimate – but luxurious – wedding in Portofino, but kept the guest list so contained that neither Disick nor Caitlyn Jenner made the cut.

“She’s shocked,” a source on Caitlyn’s team told Page Six of being snubbed by her former stepdaughter.

Jenner, 72, appeared to take the lack of invitation in stride as she was spotted hanging with her daughter Kendall Jenner upon her return from Europe. The “I Am Cait” alum and supermodel, 26, were photographed after they grabbed a bite to eat Saturday at Lucky’s restaurant in Malibu, Calif.