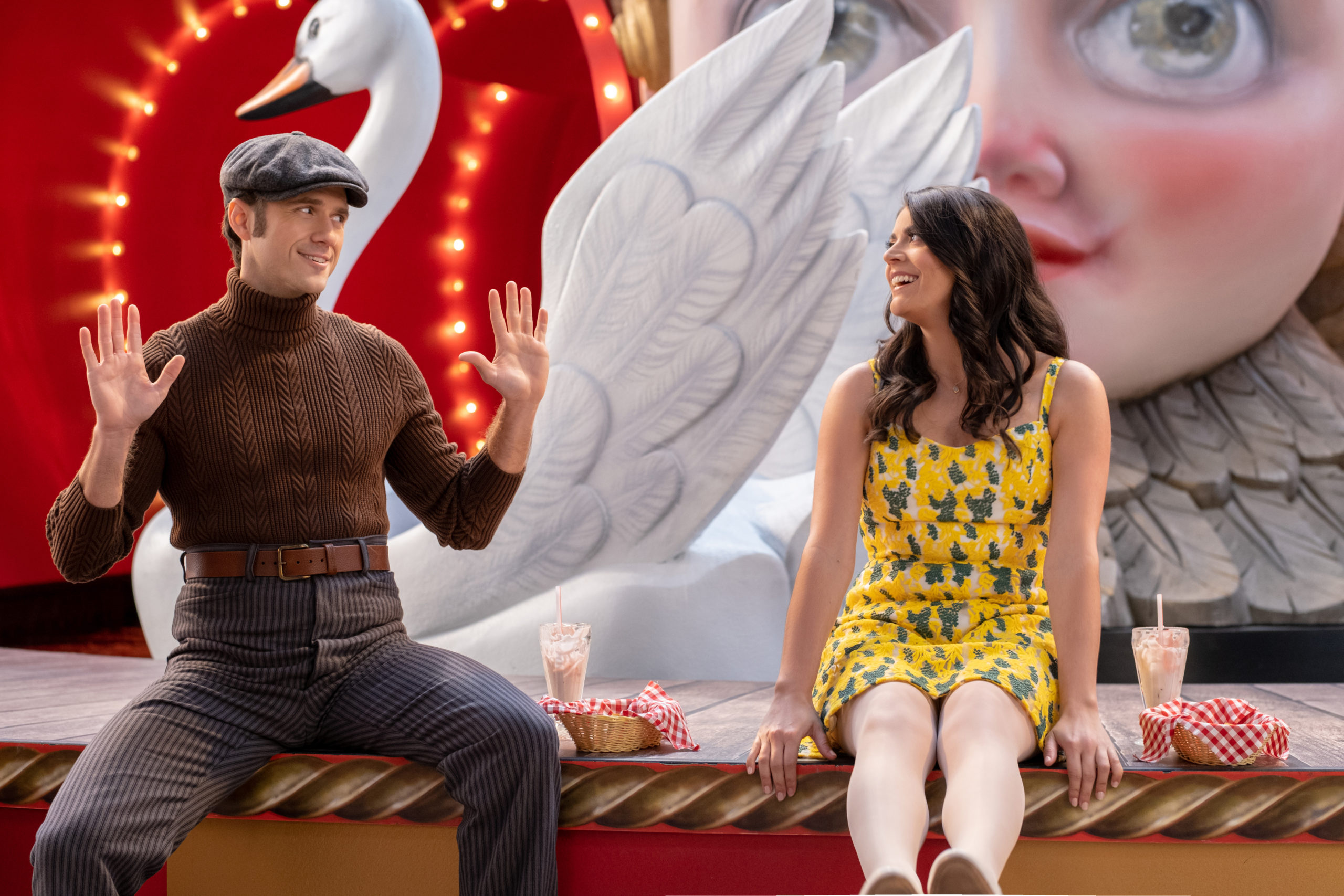 Who will hit high notes in the first season of the Schmigadoon! TV show on Apple TV +? As we all know, the Nielsen ratings typically play a big role in determining whether a TV show like Schmigadoon! is canceled or renewed for season two. Apple TV + and other streaming platforms, however, collect their own data. If you’ve been watching this TV series, we’d love to know how you feel about the first season episodes of Schmigadoon! here. Status Update Below.

An Apple TV + parody of iconic Golden Age musicals, the Schmigadoon! TV show stars Cecily Strong, Keegan-Michael Key, Alan Cumming, Kristin Chenoweth, Aaron Tveit, Dove Cameron, Ariana DeBose, Fred Armisen, Jaime Camil, Jane Krakowski, and Ann Harada, with guest Martin Short. The story follows a pair of New York City doctors, Melissa Gimble (Strong) and Josh Skinner (Key). Their romance begins after a vending machine malfunctions and gives them all of its candy contents. But, over time, their relationship grows stale and they go on a retreat to rediscover their spark. While on a backpacking trip in the woods, they become lost and happen upon a stone bridge. They cross the bridge and find themselves in a seemingly idyllic town called Schmigadoon, where everyone acts and sings like they’re in a classic 1940s musical. The next morning, when they try to depart the magical town, a leprechaun (Short) tells Melissa and Josh that they can’t leave until they find true love..

What do you think? Which season one episodes of the Schmigadoon! TV series do you rate as wonderful, terrible, or somewhere between? Do you think that? Schmigadoon! on Apple TV + should be canceled or renewed for a second season? Don’t forget to vote, and share your thoughts, below.